WHO is best to inspire and give pep talk to Filipino boxers as they seek to give glory to the country in the Tokyo Olympics?

Velasco, 47, said he’s been in constant communication with the entire boxing team while in training camp, all the way to their campaign in the Japanese capital.

It helped too, that one of the coaches of the women’s team happens to be Onyok’s brother and former mentor Nolito ‘Boy’ Velasco, so the line of communication with the four-man boxing unit of Nesthy Petecio, Irish Magno, Eumir Marcial, and Carlo Paalam is always open.

Qualifying alone to the Olympics make the boxers already a winner, according to the boxing pride of Bago City, also a gold medal winner in the 1994 Hiroshima Asian Games.

Velasco admitted other than one’s opponent, the pressure of winning is a major factor an athlete has to deal with.

That’s the reason why there’s the need to regularly talk and comfort them if only to ease the pressure off them.

And Onyok’s words of wisdom to them? It’s the same thing that had been passed to him during his time as a national athlete. 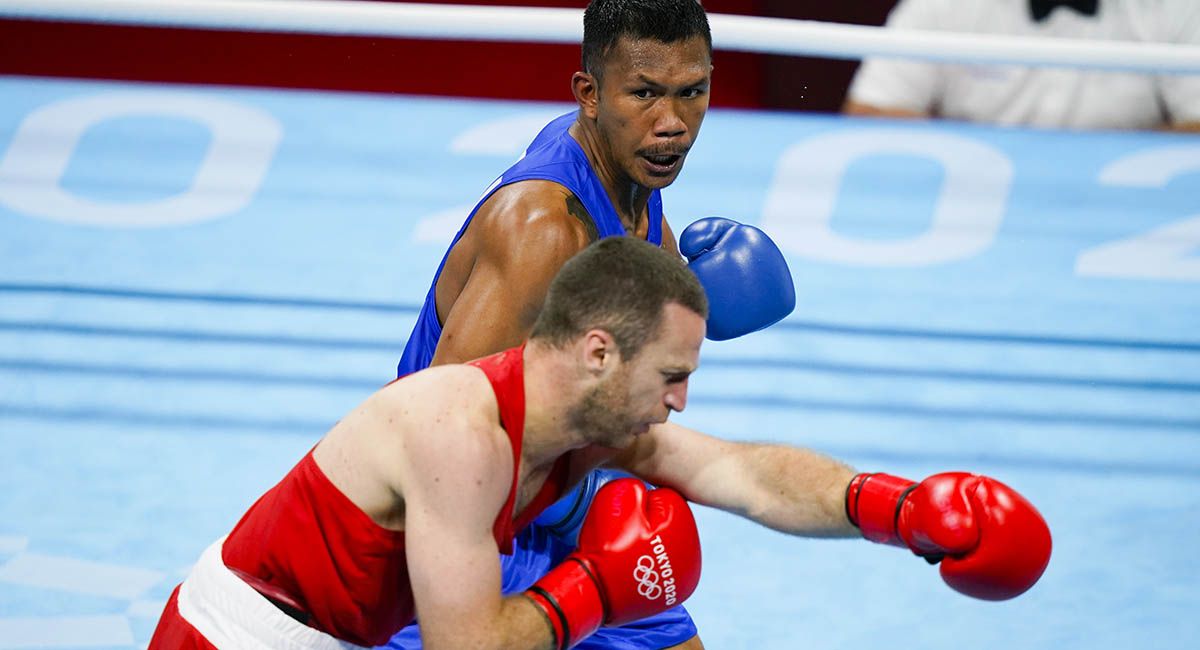 It appears Onyok’s encouraging words rubbed off on the Filipino boxers as three of them remain in very strong contention for the gold medal, notably Petecio who is vying in the gold medal round of the women’s featherweight class against hometown bet Sena Irie.

And if Onyok’s gut feel would be considered, it appears his unfinished business 25 years ago will finally be completed this time.