Olympic opening a minimalistic gem, like only the Japanese can

MINIMALISTIC, as only the Japanese can.

As the only Olympics known to be held in the midst of a deadly pandemic, the opening ceremony of the Tokyo Games could not have gone for the spectacular without being accused of insensitivity.

So understandably there was none of the Carnival at the Rio Games five years ago, or the 'Queen' parachuting with James Bond in London 2012, or the epic saga woven by Zhang Yimou for the Beijing Games in 2008.

Instead Tokyo struck a somber tone in keeping with the times, painfully aware that even as the competition starts in earnest, many in Japan are still very much against hosting the Games over public health concerns. It's hard to convince them otherwise. After all, Tokyo is in no better shape today than it was when the Olympics were postponed more than a year ago. Infections continue to rise and new variants enough to name a sorority have emerged. 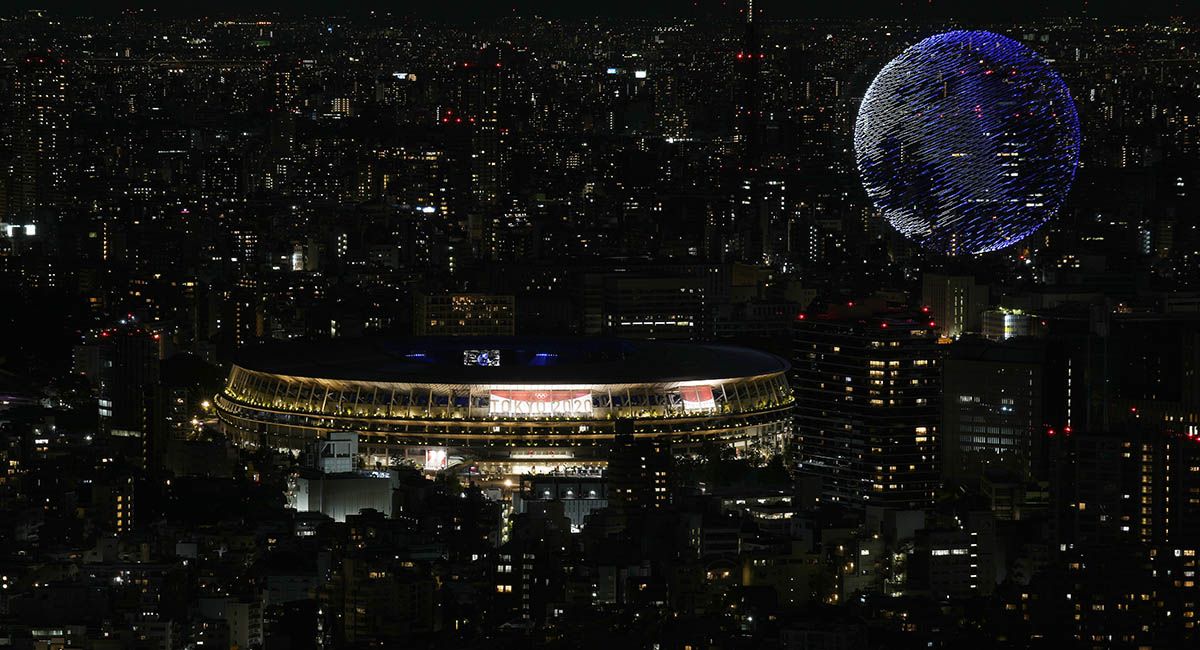 With social distancing in place and other health-related restrictions preventing mass gathering, Tokyo stuck to basics in its opening ceremony, shunning pomp and excess, and putting emphasis on substance rather than style.

During Tokyo's presentation as next Olympic host at the closing ceremony in Rio de Janeiro, the Japanese blew viewers away with an artful show that sprang a final surprise: then Prime Minister Shinzo Abe emerging on stage dressed up as the lead character of the Super Mario video game.

But last night in Tokyo, this land of Nintendo, anime and the bullet train showed just a few touches of the technological wonders it has been a pioneer of.

Apart from a respectful nod to the 1964 Games, which Tokyo hosted, the show paid homage to tradition and saluted the pandemic's faceless heroes: healthcare workers.

At times they tried to lighten up the mood, as when mimes depicted the pictograms of all 33 sports in the Olympic program in quick-fire manner. It turns out the ingenious use of stylized pictograms was started by Tokyo in 1964 to breach the language barrier and make communication easier with foreign delegates.

Students performed songs in their school uniforms rather than fancy outfits and the usual lineup of sports legends and a Paralympian, joined by a pair of healthcare workers, were rounded up for the final lap of the Olympic torch relay at the Olympic Stadium.

But the show was rich in symbolism too: the wooden Olympic rings came from trees grown from seeds brought by participants of the 1964 Olympics, and a group of youngsters from tsunami-hit Fukushima handed tennis star Naomi Osaka the Olympic torch from which to light the cauldron. 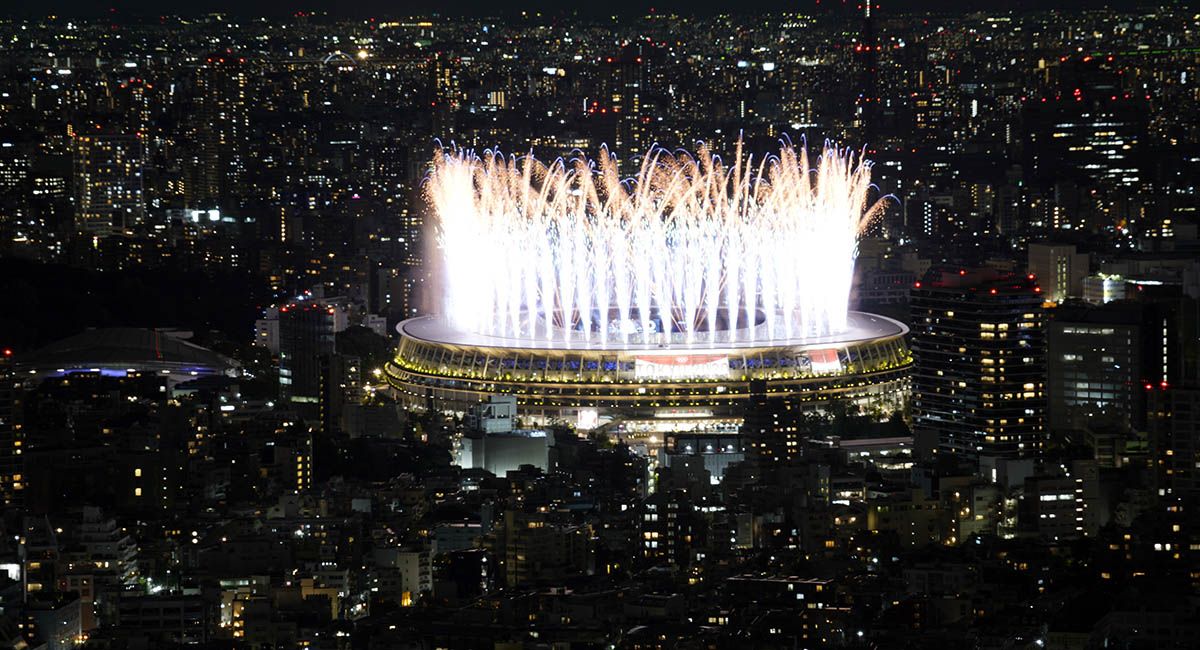 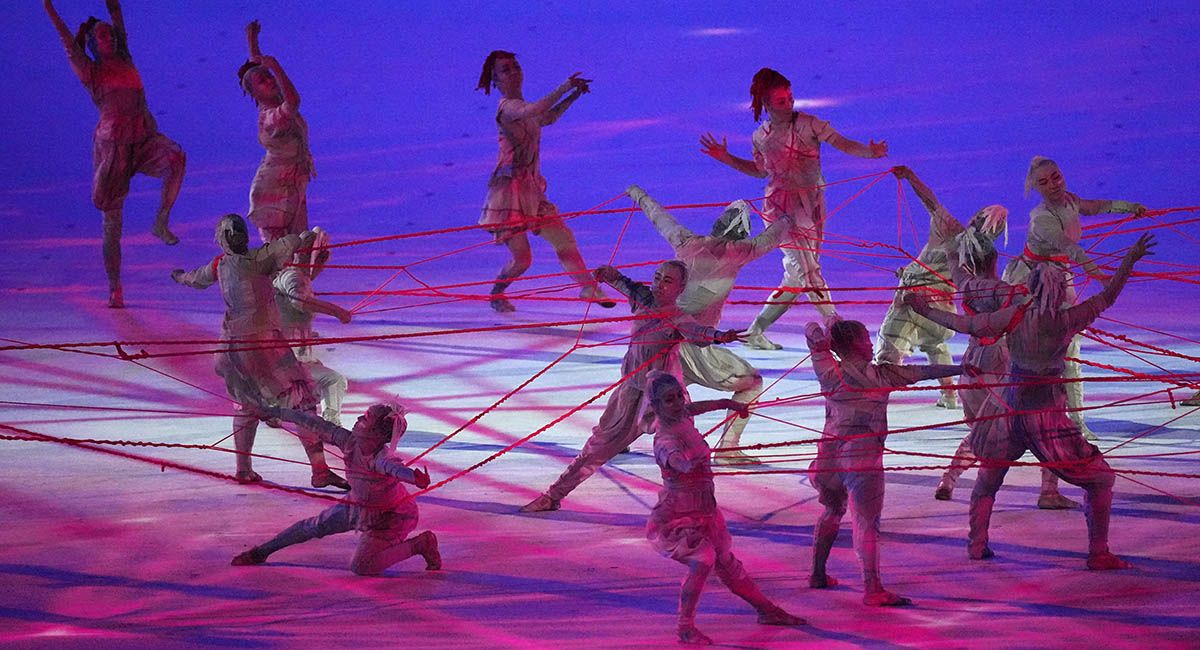 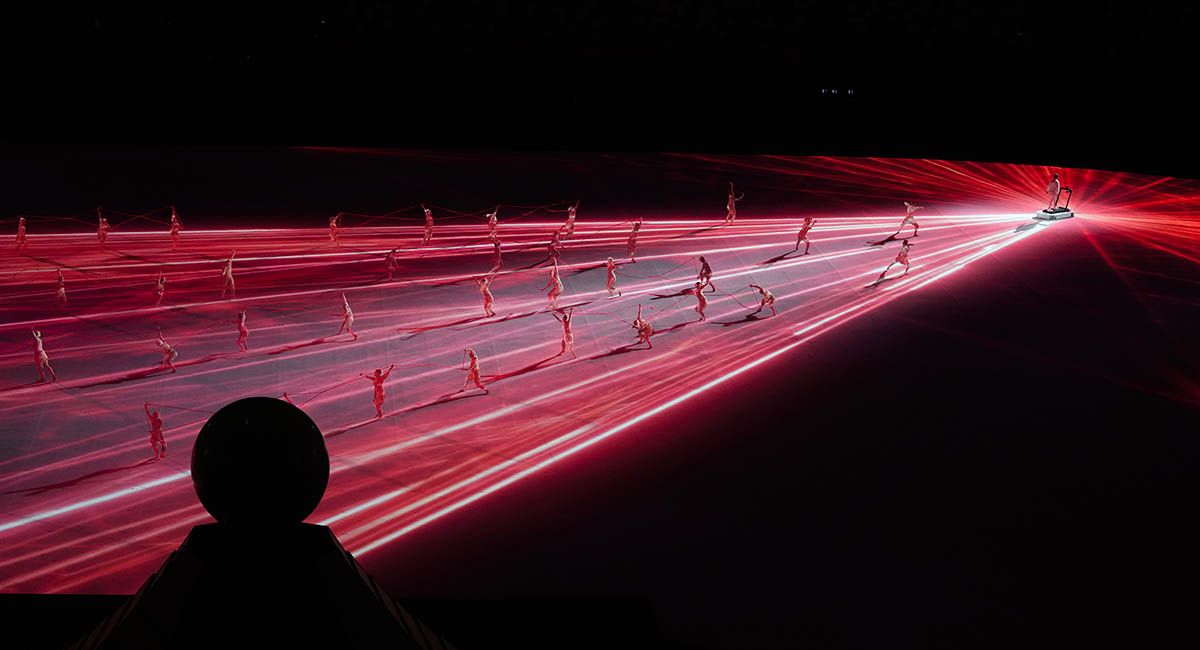 Unlike contrived plans of setting the cauldron alight seen in past Olympics or even the smaller Asian Games, this one did not require any tricks to unlock. It derives its magic from the cauldron itself and the inspired choice of the youthful Osaka, the daughter of a Haitian father and a Japanese mother, as final torchbearer.

A sphere that opened up like a delicate flower will house the Olympic flame in the next fortnight. It sits at the summit of a representation of the sacred Mount Fuji.

Olympics of hope, that's how organizers describe these Games.

During his speech, IOC chief Thomas Bach repeatedly thanked the Japanese people for hosting the Games. Indeed, it's difficult to imagine another nation capable of putting the Olympics together against seemingly insurmountable challenges, not least this present war against an invisible enemy.

So forget about grand entrances. The opening ceremony was not a masterpiece painted on a giant canvas. It was like a bonsai tree, charming and nurtured with much pruning and care.

That one turned out pretty well, but one can be sure organizers will be sitting on pins and needles for the next two weeks, fearful of what else can go wrong.