THE US basketball team has lost two games and now two players on its road to Tokyo.

Kevin Love withdrew from the Olympics on Friday (Saturday, Manila time) because of a right calf injury, forcing the Americans to replace a player for the second straight day.

Love's withdrawal came after the Americans announced Thursday that Washington Wizards guard Bradley Beal would miss the Olympics because he was in health and safety protocols.

It means the much of the US roster will have little time together before its Olympic opener July 25 against France.

"I think coming into something like this, you know that things can come up, especially coming out of a pandemic and the possibility of guys maybe testing positive," US guard Damian Lillard said.

"Injuries happen. People have a change of heart. You just come into it expecting that. "But I think our primary focus was to come here and come together as a team, get our bodies moving around, get in shape to be able to go compete on the level that we want to compete on and I think we've moved in that direction as a group. We feel good about where we are."

Lillard spoke after the team's practice in Las Vegas. The Americans were supposed to play Friday night against Australia, but that exhibition was canceled because of health and safety concerns.

Johnson, who plays for US coach Gregg Popovich in San Antonio, was a member of the select team of young players training against the Americans, and had appeared in two of their exhibition games.

McGee, who played for the Cleveland Cavaliers and Denver Nuggets last season, has won three NBA titles but has no Olympic experience. He has been involved in the national team program since 2009.

Love would have been trying for a second Olympic gold medal, having played for the Americans in London in 2012. He also was on the team that won gold two years earlier in the world championships. 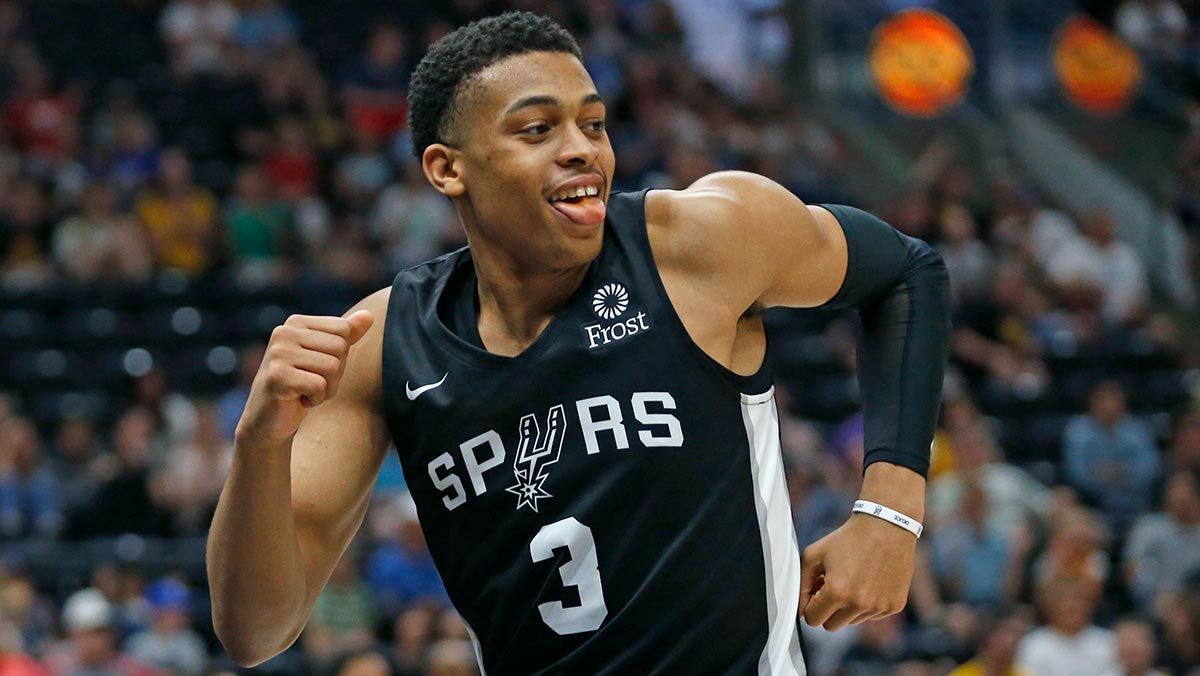 That past USA Basketball experience helped him get selected for this roster despite his difficult NBA season. Love missed 46 games because of the injury and averaged just 12.2 points in 25 games.

He played in two of the Americans' three exhibition games in Las Vegas, scoring one point.

The US was already short-handed before the losses of Beal and Love. Milwaukee's Jrue Holiday and Khris Middleton, along with Phoenix star Devin Booker, won't join the team until after the NBA Finals.

With them not joining the team until after camp and forward Jerami Grant also in health and safety protocols — though with his Olympics not expected to be in jeopardy — the Americans are currently without half the players they will take to Tokyo.

Guard Zach LaVine said he didn't have any concerns about the team's readiness.

"I think we're the best basketball players in the world," he said. "We're able to compete and do things under certain circumstances and we've got to go out here and get the job done regardless. So I don't think anybody's going to feel bad for us or try to take it easy. It's just what it is and we've got to still get a job done."

The Americans dropped their first two games before beating Argentina. They have one exhibition left against Spain.