How Philippine athletes fared in the 1964 Tokyo Olympics

FIFTY-seven years ago, the Philippines won its first-ever silver medal in the Summer Olympics when Anthony Villanueva finished runner-up in boxing's featherweight division of the 1964 Tokyo Games.

It was unquestionably the high point for the 47-man strong Filipino delegation across 10 sports which bravely went to the Land of the Rising Sun to compete against some of the best athletes in the world.

But aside from Villanueva's podium finish, how did the rest of the Philippine team fared in Tokyo?

Well, it's really not as rosy. 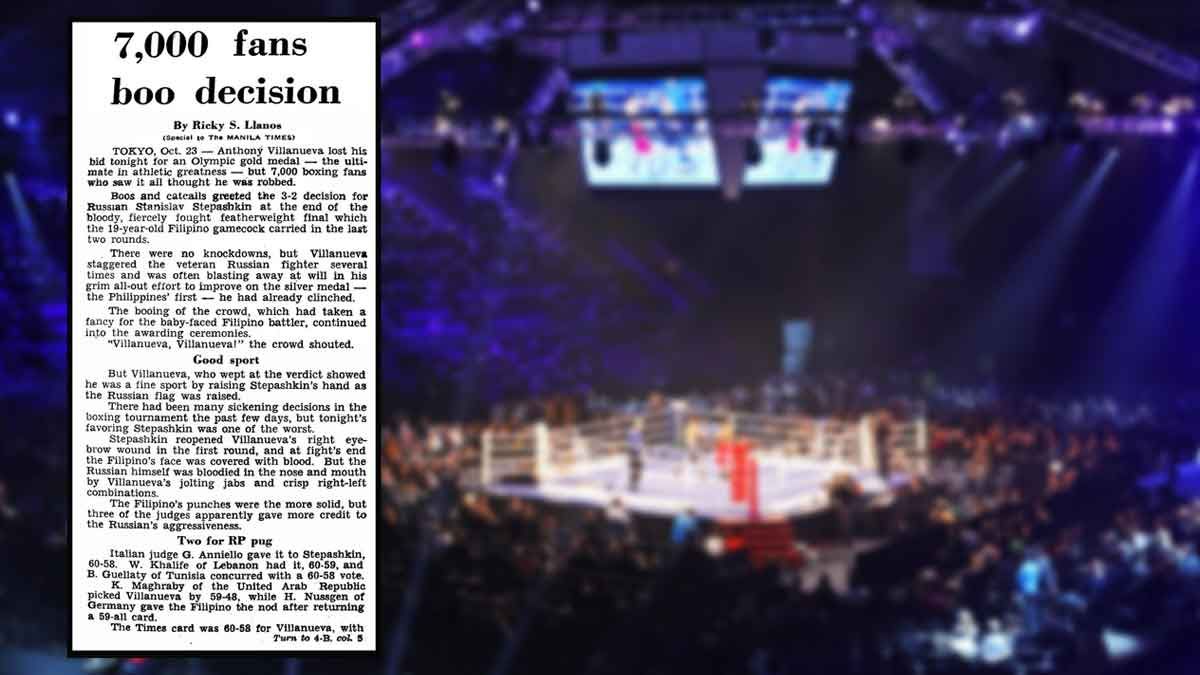 For the five other boxers who stepped in the ring at Korakuen Ice Palace, the farthest they got was in the quarterfinals.

Rodolfo Arpon made it to the elite eight in the lightweight division, dominating Børge Krogh of Denmark, 4-1, in the round of 32 and scoring a similar 4-1 win over James Dunne of Great Britain in the round of 16. Unfortunately, American Ronald Harris battered Arpon in the quarters on the way to a unanimous 5-0 victory.

The remaining four met their end as early as the round of 16.

Flyweight Dominador Calumarde knocked out Wang Chi-ying of Taiwan in the first round, before losing to Korean foe Choh Dong Kih, 5-0, in the next round.

Bantamweight Arnulfo Torrevillas also pummelled Börje Karvonen of Finland for the referee stoppage win in the round of 32, until Fermin Espinosa of Cuba dealt him with a 4-1 loss.

Welterweight Manfredo Alipala advanced to the second round after Khalid Al-Karkhi of Iraq was disqualified, but he was stopped by Kichijiro Hamada of Japan in an emphatic 5-0 fashion in the round of 16.

Light middleweight Felix Ocampo gained a bye in the round of 16, but was decimated by Anthony Barber of Australia, 5-0. 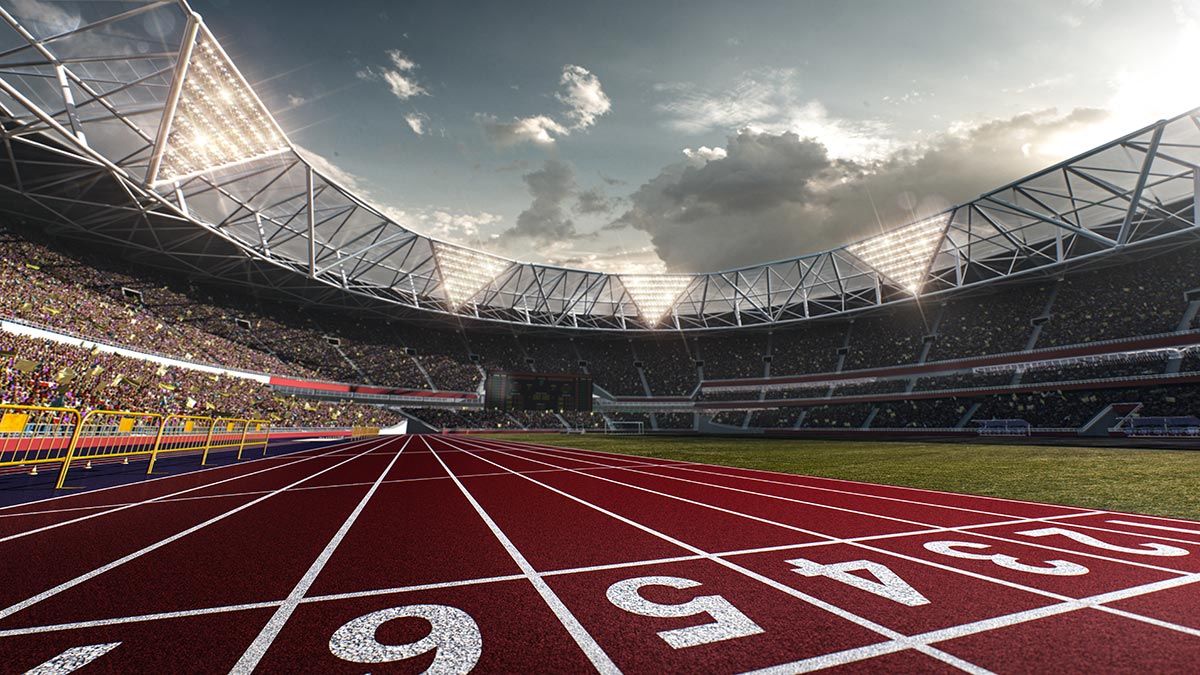 Athletics sent the most athletes to Tokyo with 12, but none of those made it through to the next phase in front of a packed National Stadium.

Onofre, Valles, Miguel Ebreo, and Claro Pellosis also participated in the men's 4 × 100 m relay, but the Philippine team only finished at seventh place in heat 3 with their 41.7-second mark.

Mona Sulaiman also ran 12.0 seconds in the women's 100 m, but that could only give her seventh place in heat 1. She also suffered the same fate in the women's 200 m, clocking 25.4 seconds to wind up at fourth in heat 5.

Sulaiman also led the Filipinas in the women’s 4 x 100 m relay, where she was joined by Aida Molinos, Loretta Barcenas, and Nelly Restar, but they finished their run with 48.8 seconds, good for seventh in heat 2. Mildred Canete was supposed to be part of that relay team but was replaced before the race.

Josephine Dela Viña was also part of the women's discus throw event and threw a 42.27 m for her turn, ending up at 18th. She competed in the next two Olympiads in 1968 Mexico and 1972 Munich.

Nine shooters also flew to Tokyo in 1964, but all failed to hit their marks at the Asaka Shooting Range.

In the 25 m pistol, Horacio Miranda finished at 48th place after scoring 548, while Paterno Miranda was 50th with his 535.

In the 50 m rifle three positions, Adolfo Feliciano was only ranked 42nd after scoring 1094, while Martin Gison sat at 48th with his score of 1073.

And in the 50 m rifle prone, Feliciano also competed but only got 34th place with his 588, a far better mark compared to Pacifico Salandanan, who was 52nd with his score of 583. 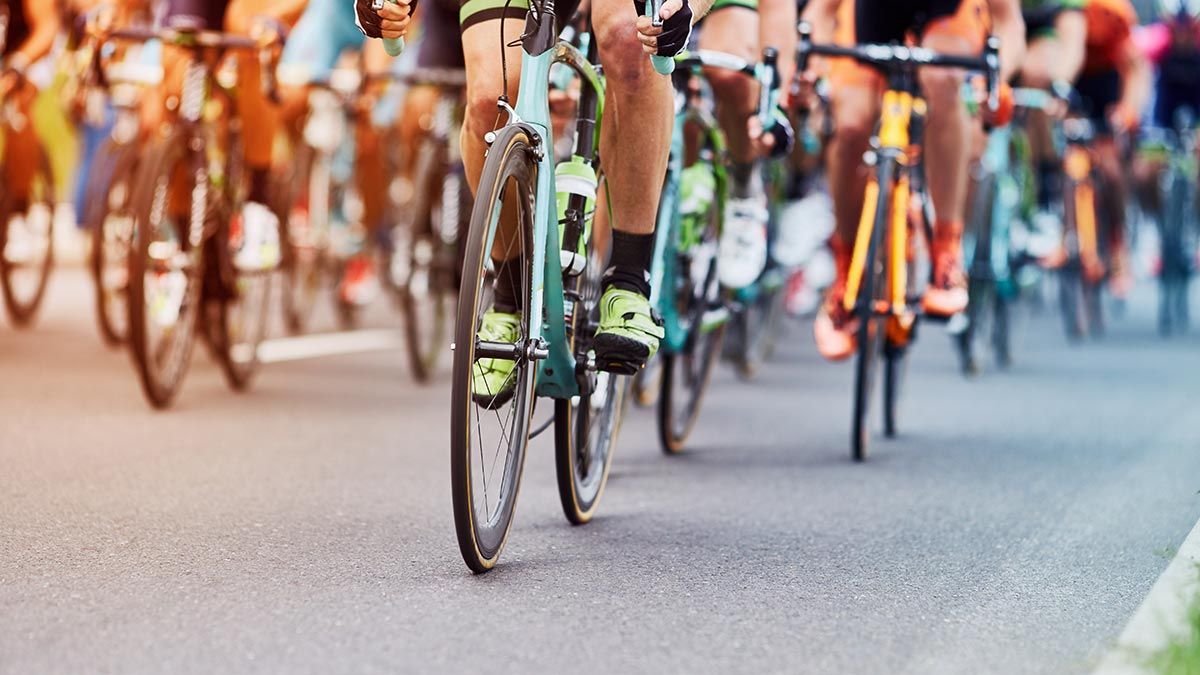 All four cyclists who competed in the individual road race failed to make it to the top half of the finishers when they crossed the finish line at Hachioji City.

Arturo Romeo was the best Filipino finisher at 73rd place, while he was followed by Daniel Olivares at 97th and Cornelio Padilla at 98th. Norberto Arceo did not finish the race.

The Philippine team also ended up 29th in the team time trial with their collective time of 2:59:58.60.

The same was the case for our gymnasts as all four athletes only participated in two apparatus events.

Fortunato Payao was ranked 129th place in the men's individual all-around with his 19.00 points, while Demetrio Pastrana wasn't far behind at 130th with his 11.50 score. Both only joined the floor and vault disciplines.

Evelyn Magluyan also ended up 83rd in the women's individual all-around with her 29.464 points for her floor and beam routines. Maria-Luisa Floro laid a big fat egg in her runs to finish tied at 84th.

Unfortunate was also the campaign for all four Filipino judokas at Nippon Budokan.

Lightweight Vicente Uematsu failed to advance from Pool E of the elimination round on a 1-2 record in a group composed of Gerhard Zotter of Austria, who advanced to the quarterfinals, as well as Rene Arredondo Cepeda of Mexico and Oscar Karpenkopf of Argentina.

Bernardo Repuyan also lost both of his bouts in the middleweight division after falling to Pool A foes Kanapathy Moorthy of Malaysia and Rodolfo Pérez of Argentina.

Middleweight Narzal Luis Garcia did win his match against Rafael Barquero of Costa Rica, but suffered defeats to Lhofei Shiozawa of Brazil and Alfred Redl of Austria to bow out of Pool E.

Thomas Ong Chi Hong also couldn't capitalize on his second chance in the open category, going 0-2 in the repechage against eventual silver medalist Akio Kaminaga of Japan and John Ryan of Ireland. He earlier lost both of his Pool C matches against United Team of Germany's Klaus Glahn and USA's Ben Nighthorse Campbell, who had to retire due to an injury.

All four Filipino wrestlers also failed to register any wins at Komazawa Gymnasium.

Middleweight Fernando Garcia suffered defeats to Max Kobelt of Switzerland and Istvan Raskovy of Australia to end up 18th place in Greco-Roman, before tasting losses to Khorloogiin Bayanmönkh of Mongolia and Günther Bauch of United Team of Germany to rank 12th in freestyle.

Welterweight Job Mayo Jr. was also dealt losses to Matti Laakso of Finland and Kiril Petkov of Bulgaria to finish 19th in Greco-Roman, before falling to Guram Sagaradze of Soviet Union and Phil Oberlander of Canada to drop to 20th in freestyle.

Featherweight Arturo Senosa bowed to Hans Marte of Austria and Koji Sakurama of Japan to end up 24th place in Greco-Roman, before falling to Reiner Schilling of United Team of Germany and Baldangiin Sanjaa of Mongolia as he wound up 19th in freestyle.

Bantamweight Tortillano Tumasis rounded out the list as he tasted a loss to Michele Toma of Italy before withdrawing after round one to end up at 18th place in Greco-Roman. He finished in the same place in freestyle after defeats to János Varga of Hungary and Choi Yeong-Gil of Korea. 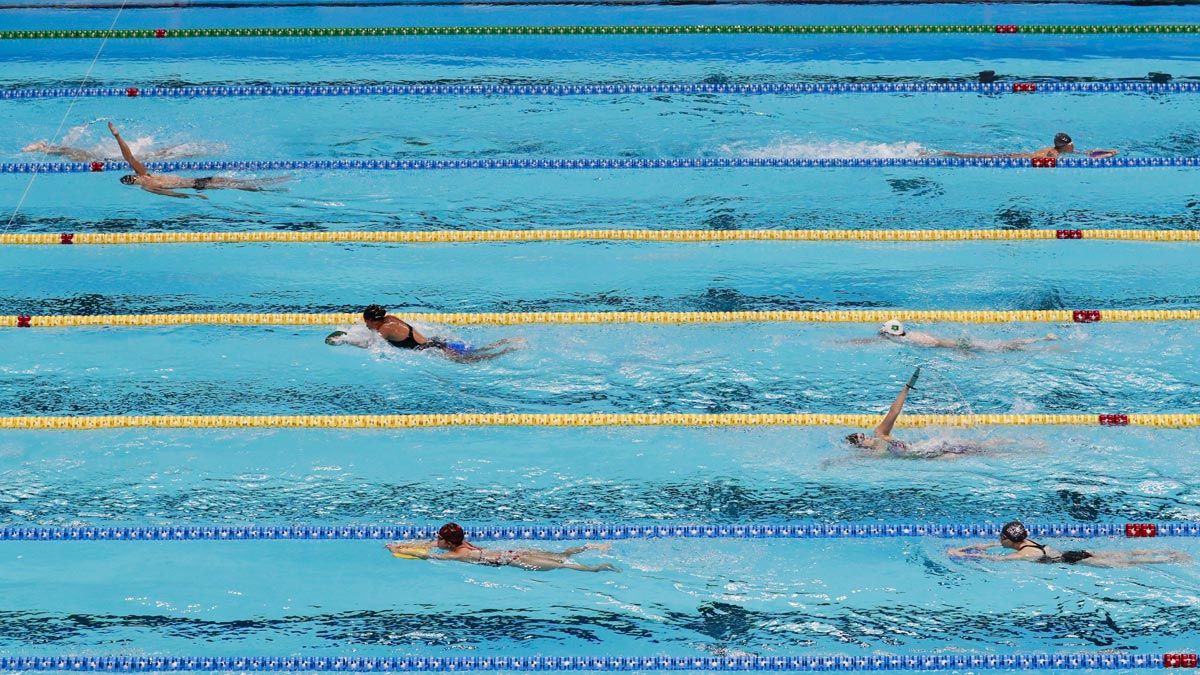 Filipinos also failed to break through in the swimming competitions at Yoyogi National Gymnasium.

Amman Jalmani also clocked in 2:44.7 in the same men’s 200 m breaststroke event, yet only placed sixth in heat 2, putting him at 24th overall. Jalmani did swim again in the next two Olympics.

Fausto Preysler, who represented the country in the 1960 Rome Olympics, was back in the sailing competition as his yacht Kalayaan, together with his crew Feliciano Juntareal and Jesus Maria Villareal, garnered 1157 points in the dragon event to finish at 21st place among 23 competitors in Enoshima.

And completing the Philippine Olympians was weightlifter Artemio Rocamora, who carried the flag in the light heavyweight category but could only lift a total of 390.0 kg to end up tied for 19th place with Morocco’s Mustapha Adnane at Shibuya Public Hall.

Villanueva's silver medal finish truly saved the day for the Philippine athletes as the country did not come home empty handed from its trip to Tokyo. The Filipinos ended up tied for 30th place in the medal tally, together with Argentina, Cuba, and Pakistan -- all of whom took home a lone silver in the Games.

Yet as disappointing as the end was for the rest of the delegation, bear in mind that them just making it to the Olympics was already an achievement of its own, proving that they're among the best athletes in their respective disciplines then.

Fast forward to now and this should serve as a motivation for the 19 Filipino athletes who will head to Tokyo and proudly hoist our flag.

The country is already beaming with pride, but one could only imagine the celebration that awaits if they bring home that long awaited gold medal.