Still in the mix: Asafa Powell, Justin Gatlin hanging on for 2021 Olympics

HIGHLIGHTS of their very best moments are still available on compact discs, maybe even actual video tape. When teammates shout out, "Hey, old man" — well, they know that's directed at them.

At first glance, America's Justin Gatlin and Jamaica's Asafa Powell might seem like relics from a bygone age of sprinting. In reality, they're still in the mix — and not even a year-long postponement of the Tokyo Olympics is going to shut them down.

"I'm ready for this year," Powell told The Associated Press in the wake of the IOC's announcement that the games would be delayed due to the coronavirus. "I definitely have to be ready for next year."

Make no mistake, they are running out of time. 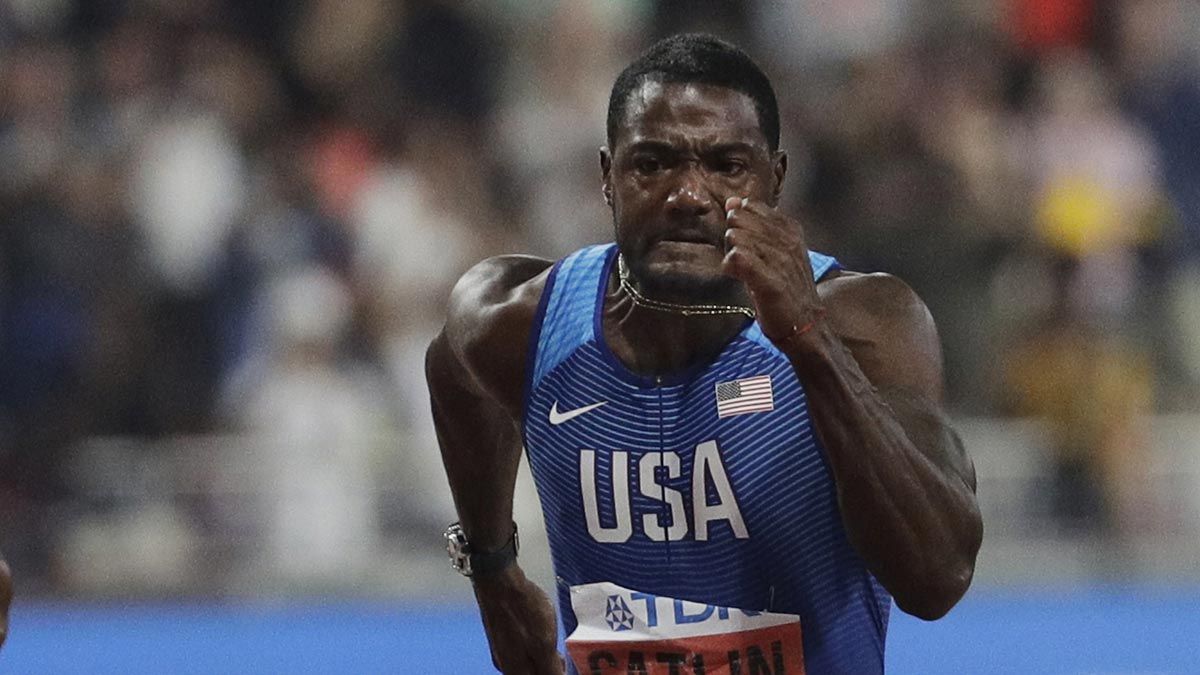 Gatlin will be 39 when the Olympics finally roll around and Powell, who turns 38 in November, will be steaming toward the same number. Both men were beginning to make a name for themselves in track before a young phenom named Usain Bolt had raced his first Olympics. Bolt, by the way, is 33 and happily retired.

Both Gatlin and Powell are "Jeopardy" questions just waiting to be asked.

The last man to win an Olympic gold medal in the men's 100 before Bolt? That would be Gatlin.

The last man to hold the 100-meter world record before Bolt? That would be Powell.

Gatlin won the Olympics in 2004. "Feels like five years ago," he insists.

Powell set a world record in 2007, when he ran 9.74 seconds. Bolt topped it less than a year later and eventually lowered the mark to its current standing of 9.58. 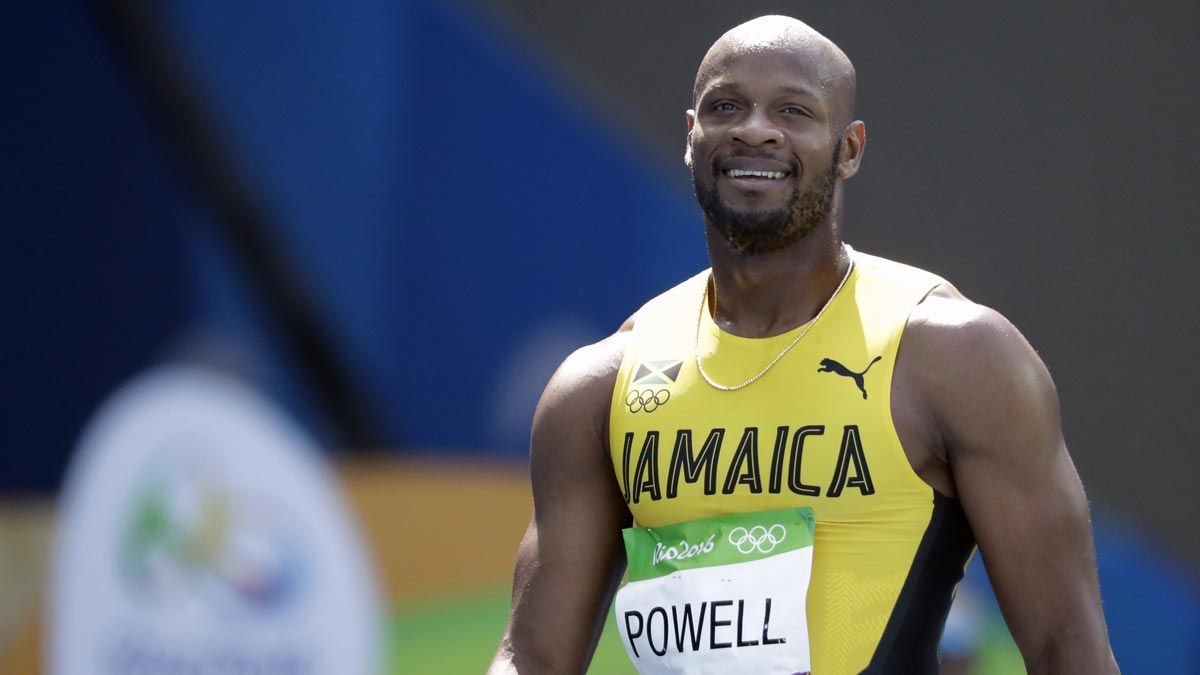 Gatlin and Powell think they could make a different kind of history in 2021. The oldest Olympic champion in the men's 100 meters remains Linford Christie, who was 32 when he won at the 1992 Barcelona Games, according to research by Olympic historian Bill Mallon. As for the oldest Olympic medalist in the event, that distinction belongs to Gatlin, courtesy of his silver at the 2016 Rio Games.

"It's pretty cool to know we can hang with these younger guys and still be competitive," Powell said. "And be ones to reckon with for the gold medal."

That's nothing to laugh at. Gatlin won a silver medal at the world championships last year. Powell, who's healthy after dealing with nagging groin strains and hamstring tightness, said he's still doing the same reps at the same tempo as when he was younger.

This won't be easy for the 30-somethings. American Christian Coleman won the 100 last season at the world championships in Doha and his teammate, Noah Lyles, took the 200. Canada's Andre De Grasse earned medals in both, and some consider him, not Gatlin or Powell, the prime challenger. None will have reached their 27th birthday by the time the starting gun goes off in Tokyo.

"They're very talented," Gatlin said. "But sprinting also comes with understanding and learning and wisdom and some patience. Those are all qualities you get as you get older."

Life has changed for Gatlin, as it has for everyone, since the COVID-19 pandemic forced the shutdown of gyms and training facilities across the country. He's been squeezing in training sessions on the grass in Clermont, Florida, and watching plenty of shows on Netflix.

And yet, there's so much that hasn't changed. 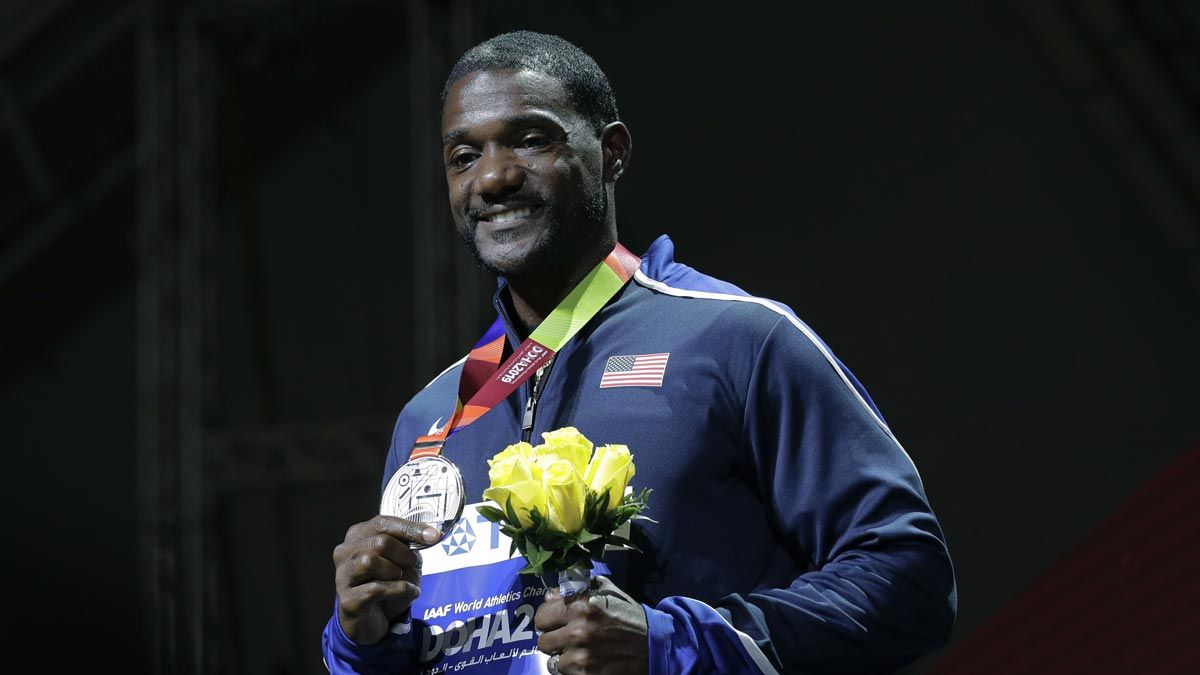 Gatlin has never really talked much about retirement, so there was never an assumption that he'd be done, even after the 2020 Olympics were over. He thought maybe he'd hang on for 2021, when the world championships were supposed to take place in Oregon — the first time they'd been contested on American soil. It would have been a fitting send-off. But now, maybe that meet won't happen until 2022.

Those questions aside, Gatlin has a little more certainty in knowing he doesn't have to prepare for Olympic trials in June or the Olympic track meet, which would've started in August.

"It's now business as usual," said Gatlin, who returned to track in 2010 after a four-year doping ban. "I don't think a year is going to change anything. ... I'm just going to rest as much as I can."

That's the same blueprint for Powell, who was the most beloved male sprinter in Jamaica before Bolt — and maybe during Bolt's reign, too.

"It is different not having (Bolt) around," said Powell, who tested positive for a stimulant in June 2013 and received a ban that was reduced on appeal to six months by the Court of Arbitration for Sport. He later sued the manufacturer of the supplement and settled out of court. "He's just a superstar."

Despite his world-record speed, Powell's still missing an individual gold medal at either the Olympics or world championships.

Could 2021 be the year he finally breaks through?

Only time will tell.

"I think it will be exciting to just even try," Powell said of prolonging his career. "Just the challenge and knowing I have a long time to work on certain aspects of my game."