by Associated Press
A day ago

LAUSANNE, Switzerland — The IOC said Thursday (Friday, Manila time) it is "not aware of any link" between an Olympic boxing tournament it oversaw in London this month and positive coronavirus tests for people who were there.

The Turkish boxing federation said a boxer and a trainer now have the virus after attending the Olympic qualifying tournament, which was stopped on March 16 after three of the scheduled 11 days.

In a statement, the International Olympic Committee said it was "not possible to know the source of infection."

"Many participants were in independently organized training camps in Italy, Britain and in their home countries before the competition started on March 14 and have returned home a while ago," the Olympic body said.

Responsibility for Olympic boxing was taken over by the IOC last year when it suspended governing body AIBA. A task force was appointed to organize a global series of qualifying tournaments with London hosting the European round.

The IOC also pointed to the British government's role in allowing the boxing tournament to start.

"At the time of the European qualifier in London, there were many sports and other events going on in Britain because there were no governmental restrictions or advice on public events in place," the IOC said.

In that same week, Liverpool hosted a Champions League game and a marquee horse racing meeting went ahead at Cheltenham. 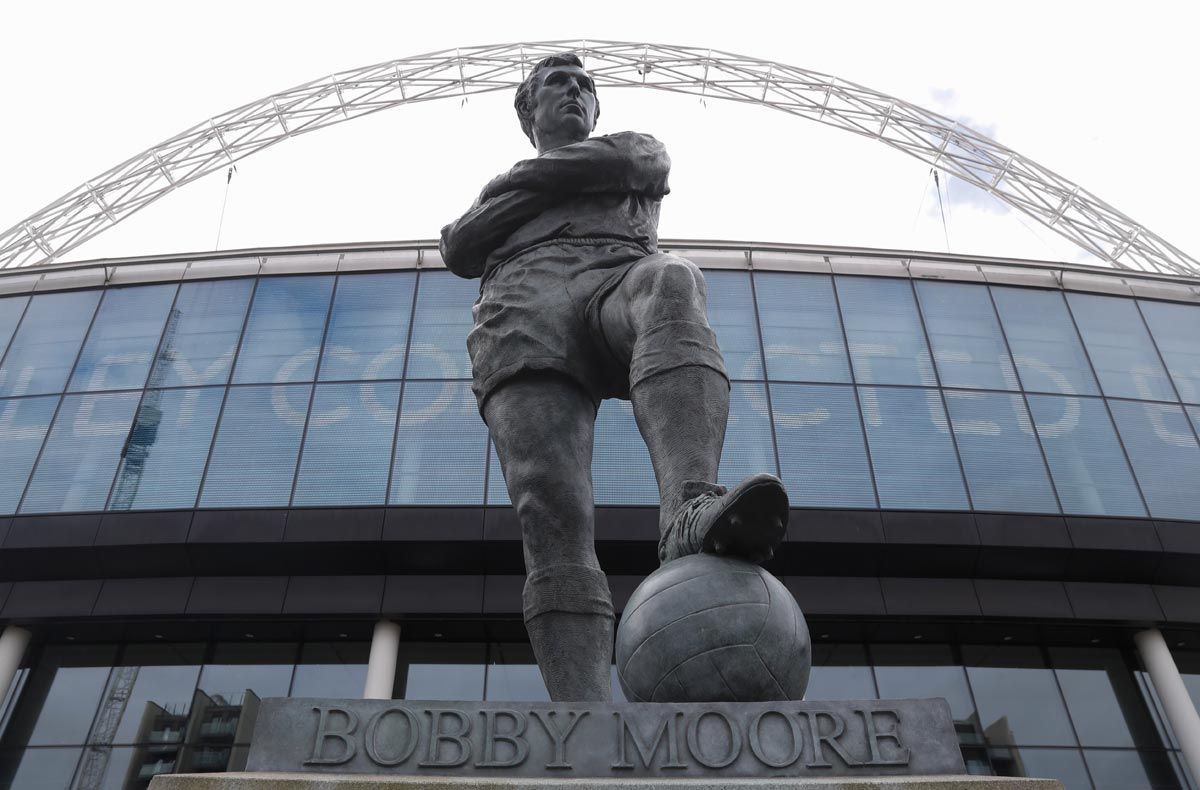 The facade of the Wembley Stadium in London.

"The (boxing) event was suspended when the COVID-19 situation developed further," said the IOC, noting "precautionary measures" were in place in London.

No fans attended the last day of bouts.

The Olympic task force expressed "sympathy for the affected athletes and officials and wishes them a very speedy and full recovery."

The Turkish team said boxer Serhat Guler and trainer Seyfullah Dumlupinar tested positive for the coronavirus after returning from London. They spent eight days in England at a training camp before traveling to London.

All team members stayed at the same hotel and were quarantined when they returned to Turkey.

The federation said Guler and Dumlupinar are being treated in the hospital. Two other boxers who complained of high fever are awaiting the results of their tests.