SAITAMA, Japan — Patty Mills really wants no part of the talk that he turns into a different player when he puts on the uniform of the Australian men's national basketball team. He almost rolls his eyes when he senses the question coming.

He's heard it for years.

Here's who he is: The leader of an Australian team that certainly has enough talent to end the country's 0-for-forever medal drought in major international competition, the quarterback of a team that came to Tokyo believing it could win a gold medal, and one of the two flagbearers chosen by his nation to carry the colors into these Olympics — the first indigenous Australian to have that honor.

He is Captain Australia.

"He's exceptional," Australian teammate Nic Kay said. "The way he leads the group on and off the court, the stuff he does behind the scenes for everyone is unreal."

His play in the international game tends to be exceptional as well.

— He also has three 30-point games in the Olympics, all in the span of his last 11 games on sport's biggest stage.

"Just give him the ball," Australia's Dante Exum said. "He's an amazing player."

These numbers don't necessarily support his argument that he's doesn't become better in the international game.

"It's just the different roles that I play," Mills said. "That's the easy answer."

And it's not necessarily incorrect, either. Mills is usually an off-the-bench player in the NBA, but with Australia he's usually the go-to and in the starting lineup alongside fellow veterans like Joe Ingles, Aron Baynes and Matthew Dellevedova.

"Patty is being relied upon more here," Australia coach Brian Goorjian said. "He's got tremendous confidence. He's got the ball a lot more in his hands. ... He's a feature for us, for sure." 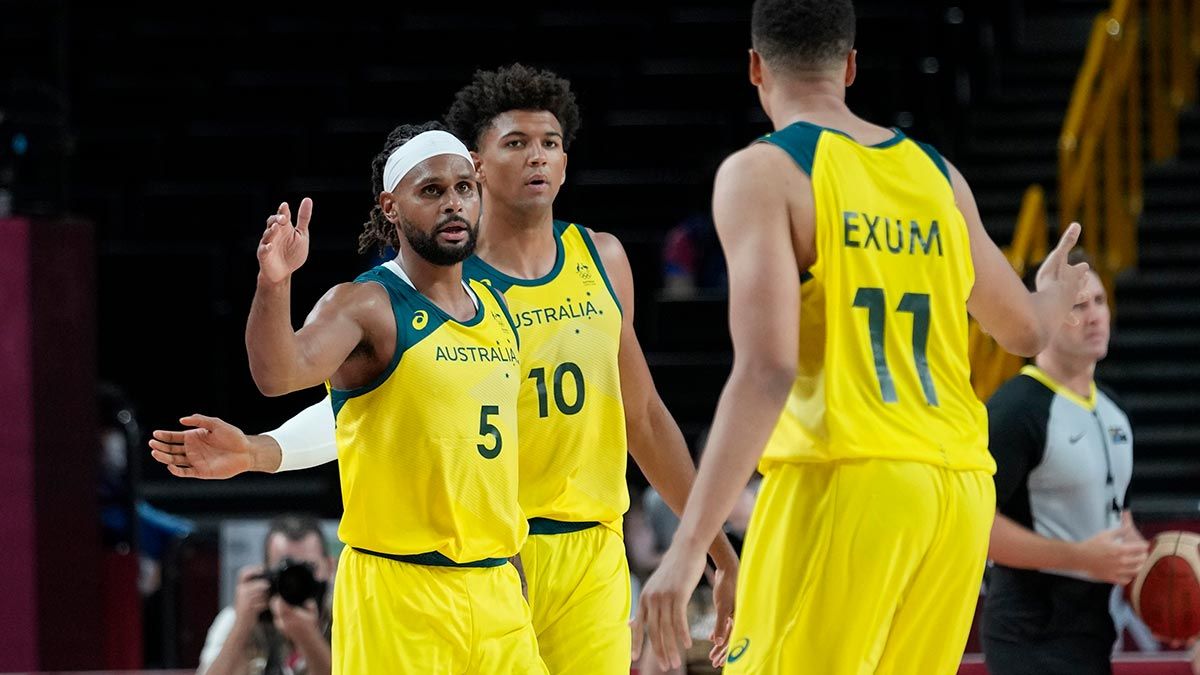 This very easily could be the last major international event for the Australian core featuring the likes of Mills and Ingles. Mills turns 33 next month and is already up to 11 NBA seasons, the last nine of them in San Antonio.

And they're still waiting for the breakthrough medal.

Australia has made the bronze-medal game in the Olympics four times; it is 0-4 in those games. In a 2016 contest against Spain, Mills was whistled for a foul with 5.4 seconds remaining — replays suggested the call was questionable — and the Boomers lost on the resulting two free throws.

The team also played for bronze at the World Cup two years ago, after losing in double overtime to Spain in the semifinals and then getting outscored 42-19 in the final 16 minutes against France and blowing a 15-point lead in the bronze-medal game.

In Tokyo, the goal is simple: "Tunnel vision," Mills said, on a medal.

He refuses to concede that he becomes a different player in these games. There is no argument, however, that he wants a different outcome this time.