TOKYO - Hidilyn Diaz made history on Monday night when she gave the Philippines its first-ever Olympic gold medal, beating China's world champion and record holder Liao Qiuyun in a thrilling face-off at the Tokyo International Forum.

With hard rock music blaring in the background and every single one inside the stadium on the edge of their seat, the 30-year old from Zamboanga lifted an Olympic-record 127 kilograms in her third and final lift on clean and jerk to win the gold with a 224 total.

A small contingent of Filipinos in the crowd broke into cheers, some shedding tears, as soon as it dawned on them that the country's 97-year wait for an Olympic gold medal had ended in this most unusual of editions of the Summer Games. 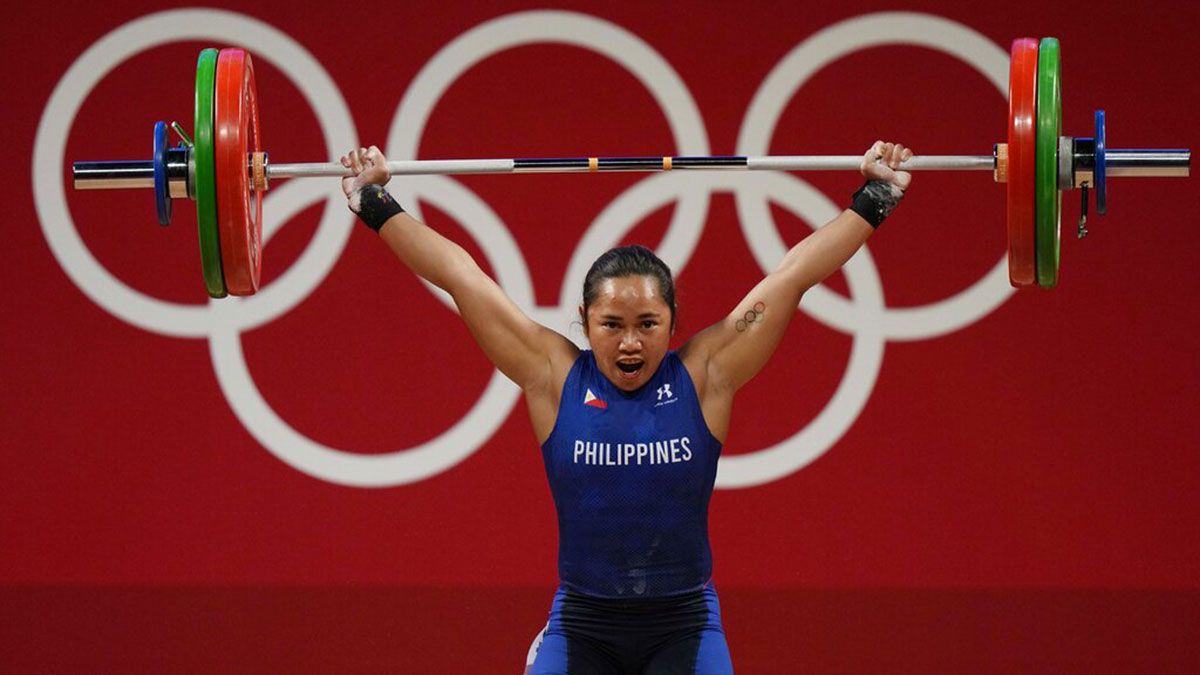 That long, long wait was ended by a charming but audacious lady named Hidilyn, who gave the country a breakthrough silver medal for women athletes four years ago in Rio de Janeiro and stopped at nothing to deliver gold this time.

"Hindi ako makapaniwala," said the four-time Olympian, just moments after standing on the winners' podium in a snappy salute as the Philippine national anthem was played for the first time in a non-demonstration sport in the Olympic Games.

Diaz now stands to be elevated to the pantheon of Philippine sports heroes as one of the greatest ever, and is set to bank a windfall of P33 million from both the government and the private sector for the unprecedented feat.

That bonanza, according to Philippine Olympic Committee (POC) president Bambol Toentino, is expected to reach the P50 million mark once all the pledges and other donations are accounted for.

This early, a house and lot in Tagaytay courtesy of Tolentino and a Foton car has been added to the package.

With a best effort of 97 kilograms in the snatch and a 127kg in the clean and jerk that now stands as the new Olympic record, Diaz succeeded in beating world record holder Liao for the first time in their long rivalry.

After finishing tied for second with Liao in the snatch, Diaz needed to be nothing short of perfect in her three attempts in the clean and jerk to beat the Chinese favorite in what by then became a veritable chess game in the end.

Diaz said she never succeeded in lifting 127kg even in training, but had consistently gone above 120kg in the weeks leading up to the quadrennial conclave. 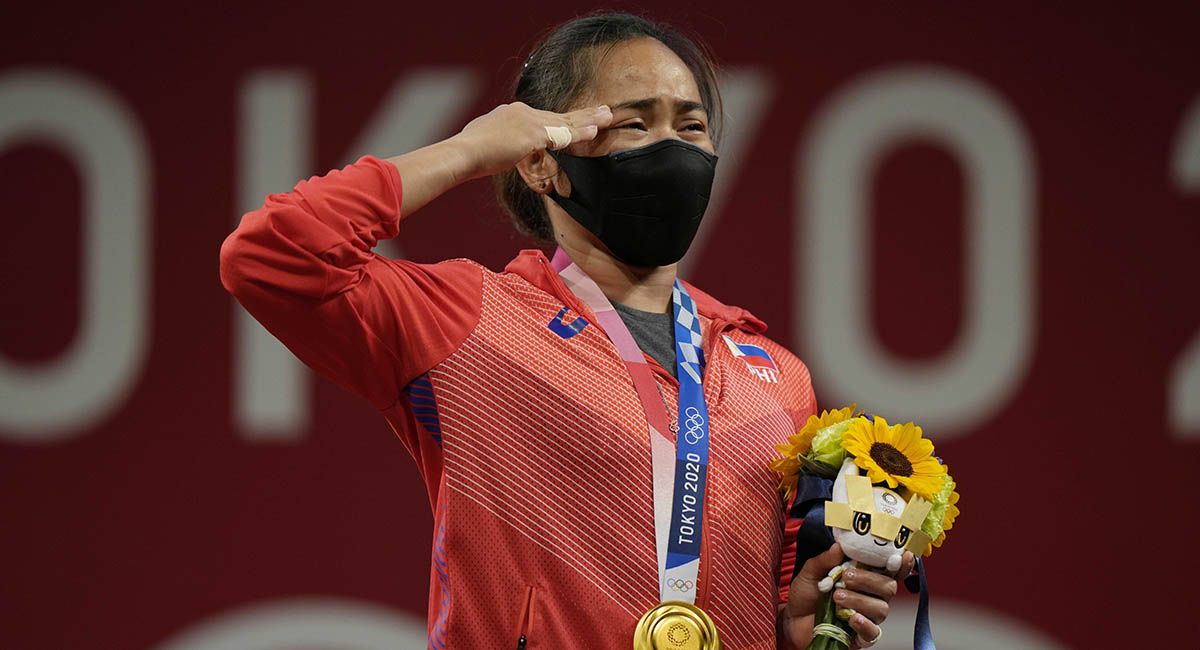 A reservist in the Philippine Air Force, Diaz was the first to put down her marker when she lifted 119kg in her first clean and jerk attempt to go one kg up on Liao, who did 118kg in her first attempt but soon regained the lead with a 123kg second lift.

Diaz had an answer each time

The multiple PSA Athlete of the Year did one better than Liao by going 124kg in her second attempt and, after Liao did 126kg in her final attempt to seize the lead briefly, went 127kg in a dramatic final attempt.

Kazakhstan's Zulfiya Chinshanlo got the bronze medal with a 90kg snatch and a best effort of 123kg in the clean and jerk, but at 213 never came close enough to crowd either Diaz or Liao in the gold medal race.

Diaz's gold medal capped a memorable day for the 19-man Philippine contingent, which in the morning saw featherweight Nesthy Petecio stun world No. 1 Lin Yu-ting of Chinse-Taipei to reach the quarterfinals in women's boxing.

Flyweight Carlo Paalam also hurdled his opening foe as the Philippines also stayed on course to posting its first multi-medal finish in this quadrennial conclave since winning three bronze medals in 1932 in Los Angeles.