For gold to be in the bag, Nesthy Petecio must score a finish

FOR Nesthy Petecio to capture the Philippines' first-ever Olympic gold medal in boxing, she can't just be good -- she has to be great.

And being great means accomplishing what every boxer aspire for whenever they step inside the ring: a swift and decisive finish.

Petecio must look for the killer blow when she steps inside the ring on Tuesday for the women's featherweight final of the Tokyo Olympics.

As much as she could, the Davaoeña couldn't leave the result on the judges' hands, especially as she's battling hometown bet Sena Irie. 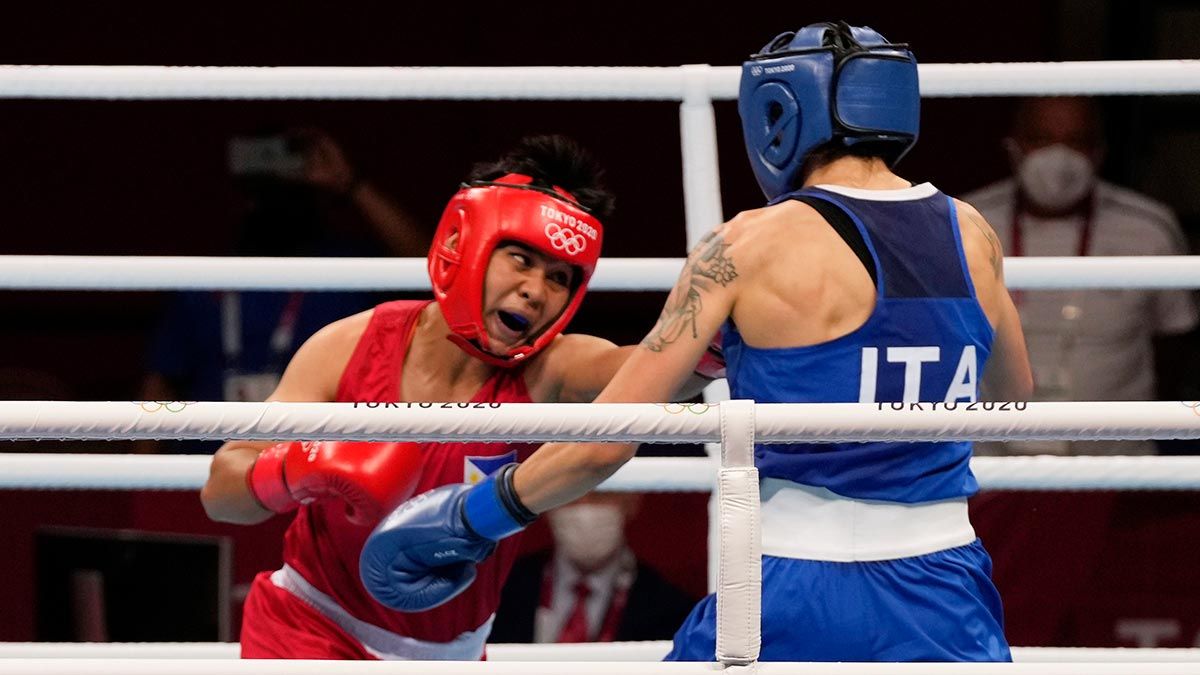 After all, history taught us that doing so has spelled doom for the Filipino boxers in the past.

Controversies have never eluded the Philippines in the last two times Filipino boxers made to the Olympic final.

The first was in the 1964 Tokyo Olympics when Anthony Villanueva settled for the silver medal in the featherweight division.

Facing Stanislav Stepashkin of Soviet Union, the son of 1932 Olympic bronze medalist Jose Villanueva was clearly the aggressor in the fight despite incurring a cut in his right eyebrow in the first round.

Slowly forming a crimson mask, the then-19-year-old Villanueva never wavered and responded with lethal jabs and combinations in the following rounds that left Stepashkin bloodied from the nose and the mouth.

But when the scores were announced, the Soviet boxer gained the upper hand over the Filipino, winning via split decision with three judges favoring him.

The only ones which went for Villanueva were United Arab Republic's K. Maghraby who had it 59-48 and Germany's H. Nussgen who had it 59-all but gave the fight to the Filipino.

The decision was loudly jeered by the fans inside the Korakuen Ice Palace, but Villanueva remained a class act and raised Stepashkin's hands.

It took 32 years before Filipino boxers got this close to the pinnacle when Mansueto "Onyok" Velasco made it to the finals of the men's light flyweight division in the 1996 Atlanta Olympics.

This time, a point system was enforced in the competition as judges gave points for the boxers for every punch they land.

But standing in Velasco's date with immortality was Bulgaria's Daniel Bozhilov Petrov, the silver medalist in the same weight class in the 1992 Barcelona Olympics.

The pint-sized Filipino bet, though, showed no fear as he was relentless from the first ring of the bell, his confidence riding high from his success in the 1995 Asian Boxing Championship.

Despite the huge height and reach discrepancy, Velasco was as scrappy as he comes, landing a deluge of combinations and bombarding the Bulgarian with a late barrage as the Philippine team tried to rack the points.

The judges, unfortunately, felt otherwise, and the decision favored Bojilov, 19-6, in what was deemed back home as a "robbery."

Even those inside the Alexander Memorial Coliseum in Atlanta loudly voiced their displeasure for the result, booing the announcement as the Filipinos were left dejected at the end of the campaign.

Fast forward 25 years later, Petecio and the rest of the Philippine boxing team have another shot at breaking that curse.

But the 29-year-old pugilist needs no reminder on what she needs to do. If she wants to achieve Olympic glory, she has to be at her A-plus game.

After all, Petecio should come in firing as she holds a 1-2 record in her matches against Irie, the no. 13 ranked women's featherweight in the world. Her lone victory over the Japanese coming in her gold medal run in the 2019 Aiba Women's World Boxing Championships in Ulan-Ude, Russia.

The last time the two boxers fought, Petecio lost, 1-4, to Irie in the quarterfinals of the 2020 Asia & Oceania Boxing Olympic Qualification Tournament in Jordan.

It's these sad endings for Filipino boxers which Petecio should draw inspiration from if she really wants to land that elsusive gold.