GENEVA — Most basketball games at the Paris Olympics could be played a three-hour journey outside the host city, a plan criticized on Wednesday by the sport's governing body trying to get a better deal for players.

Paris organizers have struggled to find agreement on a suitable basketball venue for games before the medal rounds at the 2024 Summer Games, and the latest proposal is the football stadium in Lille — about 210 kilometers from Paris.

The previous plan was to use an arena in the capital, but that venue was dropped in March amid a backlash by NBA players from France who said the ceiling was too low for basketball.

"We don't feel that our athletes should be subject to the conditions we currently have on the table," Andreas Zagklis, secretary general of world basketball body FIBA, told Paris officials Wednesday stressing "serious concerns" and citing three changes of venue plans in five years.

If Lille is approved, the men's and women's basketball tournament would not come to Paris until the final few days of the July 26-Aug. 11 Olympics. The sport is expected to be among the biggest draws at the Paris Games to see NBA and WNBA stars.

Playing in Lille, a northeast city close to the border with Belgium, would leave players unable to stay in the Athlete Village in Paris or facing three-hour transport times, Zagklis said at a meeting of the umbrella group of Summer Games sports in Lausanne.

The Lille stadium, named for former city mayor Pierre Mauroy, has a retractable roof and previously hosted European championship games in both football and basketball, plus the Davis Cup final in tennis.

However, Zagklis questioned if the stadium could guarantee "a safe field of play during the hottest days of summer and conditions that we can take care of the recovery and meals of the athletes."

"We feel some basic conditions for our players like in all previous Olympics should be respected," he said. 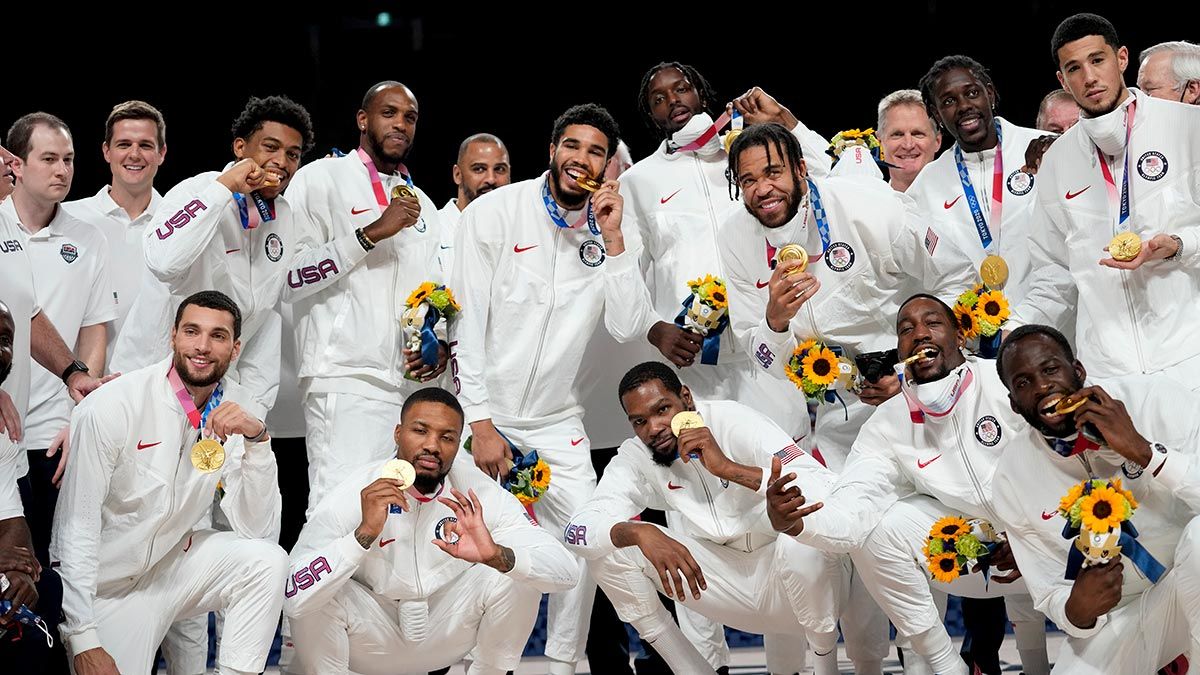 At the Tokyo Olympics last year, all basketball games were played at the Saitama Super Arena where both men's and women's gold medals were won by the United States, featuring NBA players such as Kevin Durant and Jayson Tatum and WNBA stars like Sue Bird and Brittney Griner.

Responding to the FIBA official, Paris organizing committee president Tony Estanguet acknowledged "we haven't been in an easy situation with all the different crises" in the world.

"We have to find solutions to maintain the level of ambition as much as we can with our budgetary limits," said Estanguet, a three-time Olympic gold medalist in canoeing.

He repeatedly used the word "optimize" referring to efficient spending in a Paris budget set at €4 billion (US$4.3 billion).

Zagklis had earlier noted basketball was "happy to fill up the big venues" and earn ticket revenue for Paris organizers.

France bagged men's silver and women's bronze in basketball at Tokyo, and Estanguet agreed it is "a very important sport" in his country.

The basketball medal games will be played in the 15,000-capacity Paris-Bercy Arena, which is hosting gymnastics during the first week of the Olympics.

The original plan was for the Lille stadium to stage handball games, with France the defending champion on both the men's and women's side. If basketball moves to Lille, handball could move to the Parc des Expositions in Paris — which was previously designated as the basketball venue.

Leaders of the Summer Games group, known as ASOIF, later suggested at a news conference the International Olympic Committee could mediate a solution which was needed soon.

ASOIF president Francesco Ricci Bitti said Paris organizers found themselves in a "different economical context than a few years ago" though FIBA's stance was "understandable ... especially because they are a professional sport" that had to be careful not to lose its athletes' support.