TOKYO — When professional boxers were first welcomed into the Olympics a half-decade ago, many people around the sport hated the idea — and many still do.

"I think it messes things up," said Freddie Roach, the famed pro trainer who was an alternate on the US Olympic team in 1976. "I really think they should keep them separate. I don't think it's good for the amateurs, and I think it's really bad for the pros."

Boxing veterans and aspiring fighters alike feared a future filled with hardened professionals bullying and battering amateurs. Roach and others saw no point in altering the Olympics, which had been the amateur launching pad for dozens of brilliant pro careers over several decades, simply to enable a few famous fighters' gold medal avarice and the sport's desire for a higher profile.

Among the roughly 286 Olympic boxers making their final preparations for Tokyo this week, the influence of the professional sport is proliferating — but so far, it isn't as sinister or as pervasive as many people around the sport feared.

An Associated Press examination of the Tokyo Olympic field found 36 men and seven women with professional boxing experience, representing 24 nations from six continents. It's a sharp rise from the three pros who competed with minimal success in Rio de Janeiro, the first Olympics in which professionals were allowed to participate. Pros will comprise about 19% of the 186 men, 7% of the 100 women and 15% of the entire Tokyo group.

Yet nearly all of the prizefighters in the Tokyo field have very limited résumés, with 23 of the 43 showing fewer than three recorded pro bouts. Even fewer pros likely would have been in Tokyo in 2020, with several qualified fighters only starting their pro careers during the yearlong pandemic delay.

"Turning pro developed me into a more complete fighter, and I'm coming back as an amateur with no pressure," said US lightweight Keyshawn Davis, who will fight in Tokyo after taking three professional bouts in early 2021. "I loved my taste of pro boxing, and I'm bringing that back to the Olympics." 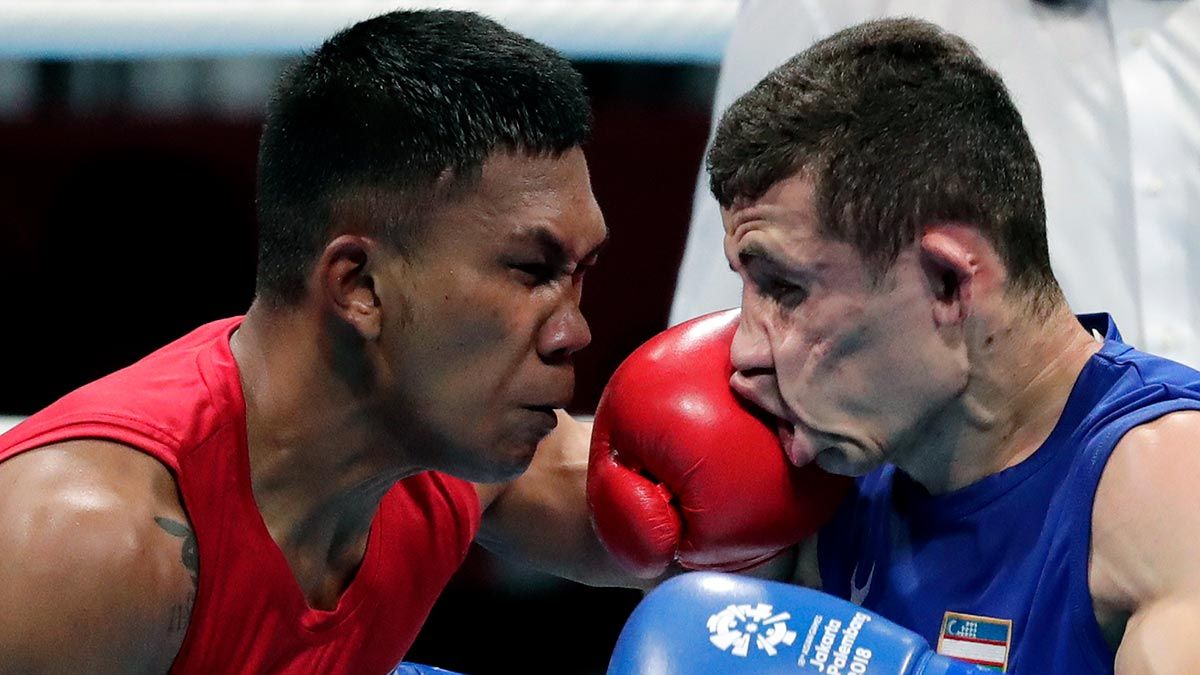 Instead of flooding the Olympics with 30-something bruisers, the change has opened a new career path for young fighters willing to keep one foot apiece in the professional and Olympic modes of boxing.

Only six boxers in Tokyo have more than four professional fights. The three most experienced pro fighters are women, with no man in the field having more than nine recorded pro bouts.

"I think it's a good way for athletes to make a little bit of money from their sport," said New Zealand heavyweight David Nyika, who knocked out his opponent in the first round of his pro debut in February after a 73-bout amateur career. "Not all countries have a lot of funding for their training, so for me, it was a good opportunity to both keep me motivated and also to make a little bit of money in the meantime, having that 12-month delay.

"I've boxed as a professional amateur for seven years, and I don't think there are many pro boxers that can beat me in three rounds," Nyika added. "I think it's a great idea to bring the sports closer together. The gap is becoming much smaller in terms of people's idea of what a professional boxer is compared to an amateur boxer."

Despite his distaste for pros in the Olympics, Roach is participating in the changes: He spent two months last year training 25-year-old Filipino middleweight Eumir Marcial for his professional debut with Manny Pacquiao's promotional company. Seven months after that pro fight in Los Angeles, Roach will be cheering from home while Marcial attempts to win the Philippines' first Olympic gold medal in any sport in Tokyo.

Marcial wants a lucrative pro career, but he also wanted to fulfill a lifelong Olympic goal instilled by his father. Thanks to the new rules, he didn't have to choose — and many young, hungry fighters are following this new path to their pugilistic dreams.

"I think this works for just the guys like Eumir, guys that have had a few pro fights," said Sean Gibbons, the president of Pacquiao's MP Promotions. "(Otherwise) I think it's kind of ridiculous, especially if you're a pro or a world champion. That boat has sailed. And it doesn't feel as good, because people say if you do win, 'Oh, that guy is a champ, and he's fighting kids.'"

The qualifying tournaments for the current Olympic cycle were badly altered by the pandemic, which might have dissuaded some experienced prizefighters from trying to reach Tokyo — but which also prompted some young fighters to start their pro careers while they waited.

"If it wasn't for COVID, he never would have turned pro before the Olympics," Gibbons said of Marcial.

From Uzbekistan's gold medal-winning flyweight Shakhoibidin Zoirov (3-0, 2 KOs) to Dominican Republic's welterweight Rohan Polanco (4-0, 2 KOs), many fighters got a head start on their pro careers while maintaining the skills necessary for the Olympic sport, where a boxer has multiple three-round bouts in a tournament rather than longer fights at longer intervals in the pro game.

Marcial's brain trust limited his pro experience to one bout to keep him focused on short fights requiring high aggression. The US team has three pros — Davis, Troy Isley and Duke Ragan — whose nine combined fights were all six rounds or shorter.

"They couldn't be more different," USA Boxing head coach Billy Walsh said of the Olympic and pro styles. "It's like two runners: One is a marathon runner, and one is a sprinter."

The most experienced pro among the men is Cameroonian middleweight Wilfred Ntsengue (9-0, 4 KOs), who has had seven of his pro bouts in Québec since competing in the Rio Games and subsequently moving to Montréal.

The 31-year-old Hamadouche is one of the hardest punchers in the women's sport. She has been the IBF's world female super featherweight champion since 2016 — but as former WBO middleweight champion Hassan N'Dam infamously learned in his first-round loss in Rio, being a seasoned pro is no guarantee of Olympic success.

Huni was a strong medal contender after winning bronze at the most recent world championships, but he will miss the Olympics after injuring both of his hands in sparring.

Huni (5-0, 4 KOs) took two pro fights in three weeks as preparation for the Olympics, and he even claimed the Australian heavyweight title June 16 — but he aggravated a broken knuckle in the first round, and it won't heal in time for Tokyo.

"It's always going to be a risk going into the ring, getting an injury," Huni told the Sydney Morning Herald. "That's what I have to swallow. That's the way it played out."