TOKYO - Eumir Marcial started strongly but lost steam in the closing rounds in a brawl against top seed Oleksandr Khyzhniak of Ukraine, losing a 3-2 split decision in their Tokyo Olympics' middleweight semifinal on Thursday.

The hard-hitting Marcial gamely engaged the relentless Ukraine boxer in a virtual barroom brawl from the first second to the final bell, getting in enough shots to take a 3-2 lead through two rounds of non-stop action at the Kokugikan Arena.

The audacious fighter from Zamboanga, however, eased up to start the final round and admitted running out of gas from there, allowing Khyzhniak to turn the tables and run up to 62 fights an unbeaten run that started in 2016.

"May kulang talaga. Nakapusan ako ng hangin, sa physical ko, doon sa huli," Marcial, 25, admitted as he capped with a bronze medal a tumultuous buildup to the Olympics that included a one-fight swing in the pro ranks. 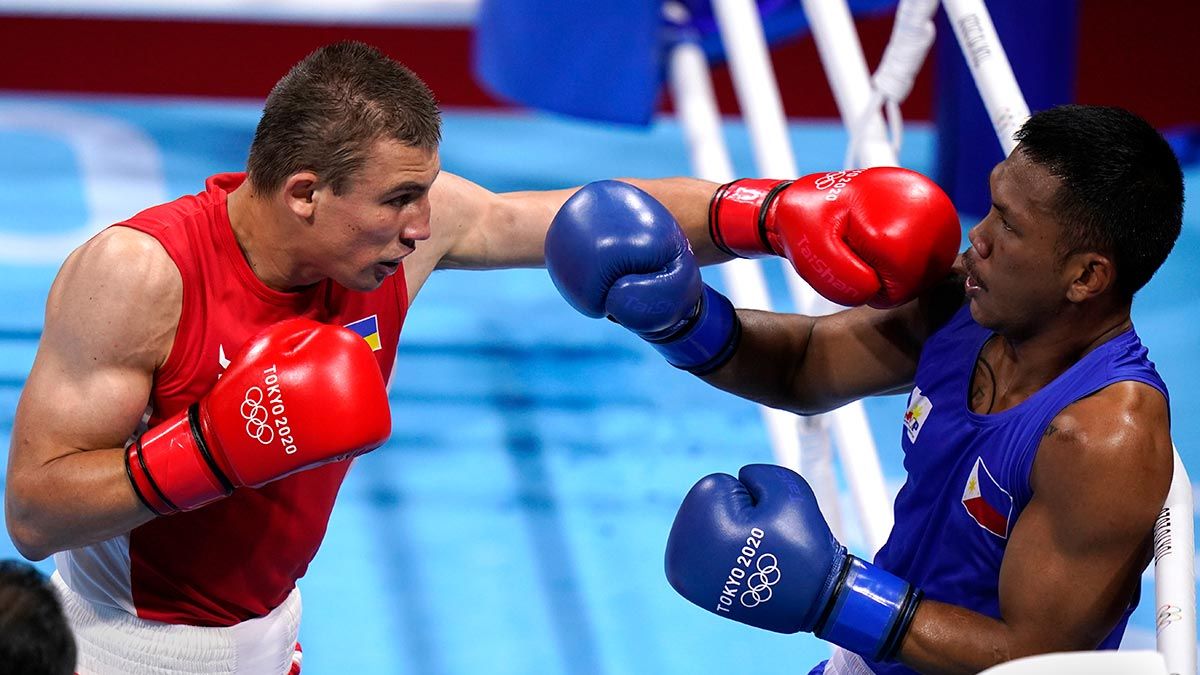 Marcial's defeat added a bronze to the Philippine boxing team's tally of one silver courtesy of women's featherweight Nesthy Petecio and left young flyweight Carlo Paalam as its only hope for a first-ever Olympic gold medal.

Marcial's skills and impressive punching power were enough to get him through the first two opponents he faced here, but he needed more against an efficient, tireless boxing machine like Khyzhniak who chased the Filipino from the first bell on.

Marcial looked up to the task in the first two rounds, fighting without fear but aso moving smartly as he earned the nod of three of the five judges in the first and brought a 3-2 edge to the final round - a feat in itself against the fancied Khyzhniak.

The Philippines' Aussie coach Don Abnett felt the momentum swung in the first minute of the third round, when a passive Marcial got tagged by a couple of Khyzhniak shots and failed to overturn the deficit in the stretch.

Marcial later bared that he wanted to pour it on in the final two minutes of the final round, but it didn't help that a clash of heads knocked the wind out of him.

In the end, Khyzhniak got the 10-9 nod of all the five judges in the final round to adavnce to the gold medal match of the 69-75-kilogram category againsy Brazil's Hebert Souza - a 4-1 winner over Russian Gleb Bakshi in the other semifinal.

Oddly, Cuban judge Wilfredo Calero Vazquez gave all three rounds to the fighter from Ukraine for a 30-27 verdict under the 10-point must system.