JERRY Colangelo recalls it as a watershed year in his life.

He sold the NBA's Phoenix Suns in 2004. He stepped down from the Arizona Diamondbacks, three years after they had won the World Series.

For Colangelo, who was also diagnosed with prostate cancer that year, a career in sports seemed to be heading toward its finish.

Instead, a new chapter would soon be starting.

When the US stumbled to a third-place finish that summer in Athens, Greece — the first time it hadn't won Olympic gold when using NBA players — former NBA Commissioner David Stern decided the USA Basketball program needed to be overhauled. The guy he had in mind to take over was Colangelo, who had been a trusted confidante on many matters in basketball and beyond.

"It was kind of perfect timing and the result was, it's been a great run," Colangelo said. "I've loved it. It's been terrific."

Now he needs one more victory to end it on top.

The Olympics will be Colangelo's final tournament as the managing director of USA Basketball's men's national team. He took the Americans from their darkest days back to the top of international basketball, getting the sport's biggest stars to give up portions of their summers and commit to playing for the national team — sometimes multiple times — after many had begun to shun the program.

The Americans have won three straight Olympic gold medals and added a pair of world championships since Colangelo took over in 2005.

But his tenure began with another U.S. loss —- in the very Saitama Super Arena where the Americans are headed back to now — and he is driven to make sure it doesn't end the same way.

"My focus is on the win, for everyone's sake," the 81-year-old Colangelo said. "For the country, for USA Basketball, for the players who have committed the time to do this under the circumstances, we want to win. It's all about winning the gold medal."

That was a foregone conclusion when the Americans first started using NBA players in 1992. The Dream Team rolled through those Olympics and the U.S won the next two before the program cratered.

The Americans lost three times in a dismal sixth-place finish as the host team in the 2002 world championships, then fell three more times in the 2004 Olympics. The selection committee USA Basketball was using wasn't getting the players or coaches the Americans had counted on as the sport's gold standard from the moment it debuted in the Olympics in 1936.

Colangelo accepted the job under the condition of autonomy. There would be no selection committees; he would pick the players. And his choice as coach, Duke's Mike Krzyzewski, came from the college world after the Americans had been using NBA coaches with NBA players. 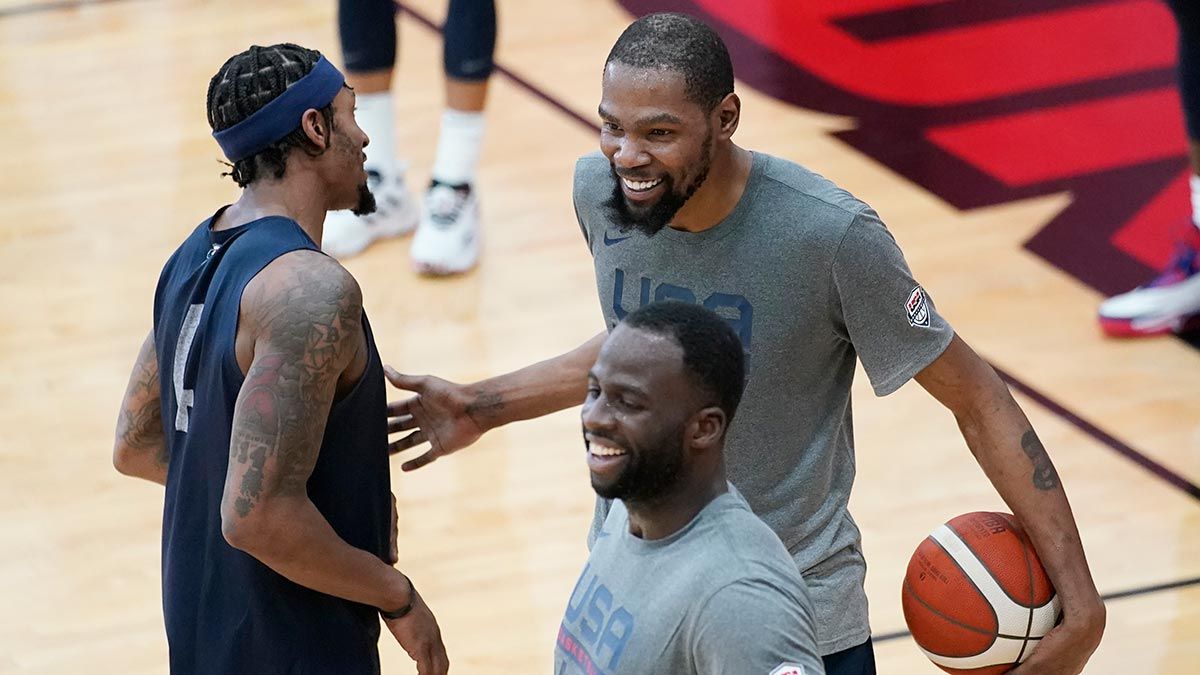 Talent alone wouldn't win anymore. Players couldn't be picked months before a competition. Colangelo started getting them into the program sometimes years in advance.

"The United States has done a fine job once they realized that the attitude had to change. There couldn't be a hubris about, 'America, just go play and you're going to win,'" US coach Gregg Popovich said.

"And so, when Mr. Colangelo and (national team director) Sean Ford took this over and hired Coach K it was a totally different attitude, from selection of players to making it important, to developing continuity and becoming successful again."

Colangelo at first met many prospects when their NBA teams would come to Phoenix, detailing a plan that was unlike any other for a US Olympic men's basketball player. If they wanted to represent the Americans in 2008 in Beijing, they had to commit first to joining the team to play in the 2006 world championships.

Colangelo thought a multiyear commitment was the only way the Americans could begin to match the cohesiveness of opponents who had been playing together for years.

"One thing that's certain is that when you're putting a group together as the USA has always, it's more difficult when players really don't know each other that much," Colangelo said.

LeBron James, Dwyane Wade and Carmelo Anthony signed on to be the core of the first team, even though all three had been part of the chaos in Athens as rookies. The US fell to Greece in the semifinals of their first tournament but would win every major event for the next decade.

After winning gold in 2016 in Rio, Colangelo's final run has brought back many of the Americans' past challenges. FIBA, basketball's governing body, changed its calendar and Olympic qualifying format, moving the World Cup to the year before the Olympics instead of every two years.

Colangelo argued against the change, realizing it would be difficult to ask top players to compete in consecutive offseasons.

"We had a very good system going and then the powers that be changed the format," Colangelo said. "And I wasn't supportive of it, I didn't think it was in our best interest."

He was right. The US struggled to put together a roster for the 2019 World Cup and lost twice. Then this year, with the pandemic delaying the Olympics and pushing back the end of the NBA season and triggering unprecedented protocols, it took even more of the Americans' best out of play.

The US just completed its training camp in Las Vegas for the Tokyo Games. The Americans lost two exhibitions but Colangelo believes he has assembled a group that can win one more before he turns over the program to Grant Hill.

"To have an opportunity to represent the United States on the world stage was extraordinary and I'm proud of what we've been able to accomplish," Colangelo said. "And my desire and hope is that we finish strong."