The veteran Thai boxer is entered with Suarez in the men’s lightweight division (60 kg), in which Lazaro Alvarez of Cuba is favored to win the gold medal.

Ruenroeng, 35, is one of the few pro fighters who took advantage of Aiba’s decision to open boxing to professionals in the Rio Olympics.

A former Olympian (Beijing 2008), Ruenroeng lost to Filipino Johnriel Casimero via a fourth round stoppage last May to yield his IBF title belt. 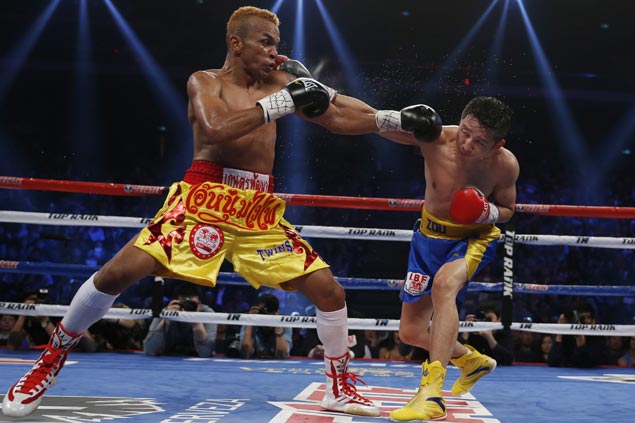 Suarez is one of the country's best bets for a medal here along with fellow boxer Rogen Ladon.

The drawing of lots for boxing is set on August 4.

Velasco, at least, is quite familiar with the fighting style of Ruenroeng, who had fought Filipinos Rey Saludar and Olympian Harry Tanamor as an amateur.

The Thai saw action in the Beijing Olympics as a light-flyweight, but failed to make a podium finish after losing to Purevdorjiin Serdamba of Mongolia in the quarterfinals.

Ruenroeng lost to Lindolfo Delgado of Mexico in the 60 kg. final during the last Olympic qualifier in Venezuela, but made it to Rio nonetheless after making the semifinals.

He has a pro record of 17-1-0, with five KOs, including victories over Casimero in their first encounter in 2015 and two-time Olympic gold medalist Zou Shiming, who he dealt his first loss as a pro in 2015.