CALOY Yulo said his willingness to win a gold medal in the 2024 Paris Olympics is fueled even more by Hidilyn Diaz’s victory in Tokyo, as he vowed to even work harder following his conquest in the 50th Artistic Gymnastics World Championships in Kitakyushu, Japan over the weekend.

Caloy Yulo wants what Hidilyn has

Speaking to reporters after winning a gold and silver medal on Sunday, the 21-year-old Yulo on Tuesday said the main target remains the Paris Olympics as he is eager to once again go back to training after his first world competition since Tokyo.

Yulo said he was also inspired by Diaz, who ended the 97-year wait of the Philippines when she claimed the first-ever gold medal of the country in the Olympics. 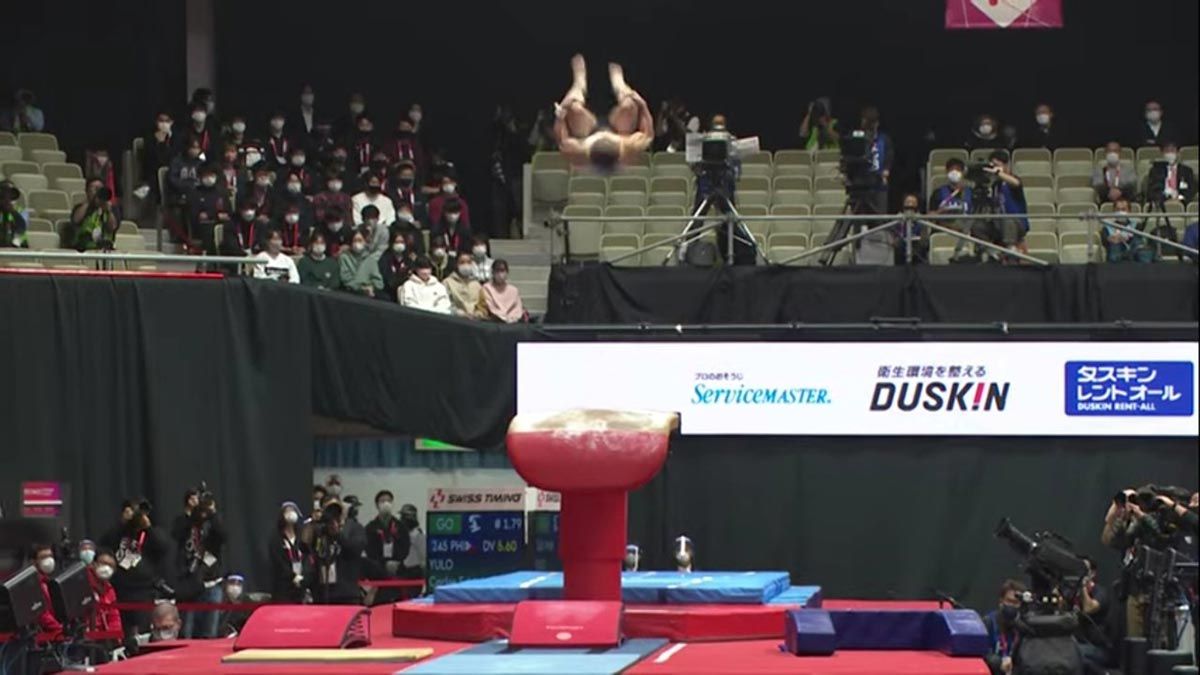 The Filipino gymnast took his first set of international medals in this Olympic cycle leading up to Paris, winning gold in the vault and silver in the parallel bars despite a fifth-place finish in floor, the same event where he won the world title back in 2019.

The battlecry of the Yulo camp has been "Revenge the Tokyo" but for the Filipino gymnast, they are still far from avenging the disappointing performance in the Olympics. In fact, Yulo expressed eagerness to come back to training once again after that performance in the worlds.

Yulo said the good thing about his bid for a return to the Olympics is that he has all the time to make adjustments, unlike in Tokyo.

Yulo also said his mindset since the Tokyo debacle was treat each preparation as if the Olympics is happening the next day.