Noli Eala vows to take care of all sports, from grassroots to elite

A turnover ceremony was held with former PSC chief William Ramirez passing on the flag to his successor.

Eala faced the employees for the first time since being appointed as the new PSC chairman and vowed to work hard for the betterment of sports in the country, whether in the elite or grassroots level. 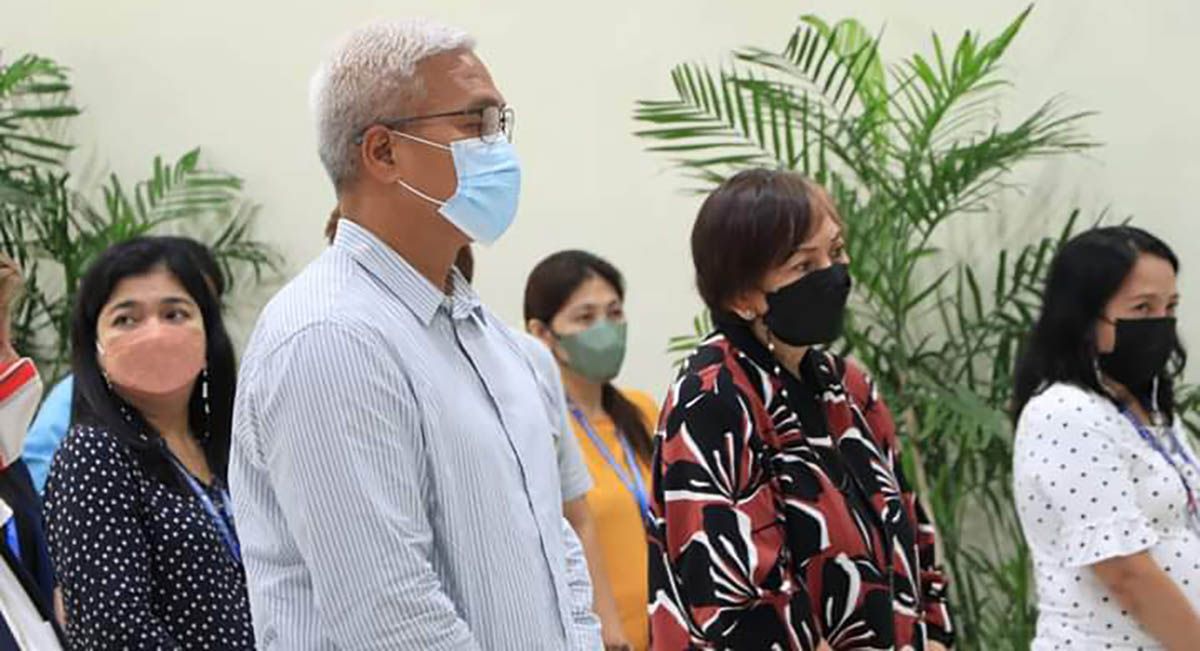 Eala vowed to continue the programs that was set by Ramirez that resulted into one of the successful times in the history of Philippine sports highlighted by an Olympic gold from Hidilyn Diaz last year in Tokyo.

“We have made great strides in the last few years in Philippine sports. And for this we have to thank the past PSC Board led by a true sportsman and dedicated public servant, the indefatigable Chairman William ‘Butch’ Ramirez. His hard work and commitment to duty is a glowing example of public service that all of us must never forget and must follow,” said Eala.

“I am a firm believer of continuity of programs particularly of those that have been gainful and progressive. We will build upon the foundations already laid out for us. From the Batang Pinoy to the Philippine National Games, we will look for ways to improve and make more responsive these programs to ensure their sustainability in the long term.

In a separate interview with reporters after the flag-raising ceremony, Eala thanked Ramirez for his support to his leadership. Eala said it was Ramirez who was the first person he contacted upon his appointment a PSC chairman.

“Chairman Butch is somebody that is well-respected. I have to pick his mind and his vision. I have no intentions and interest in competing with Chairman Ramirez in terms of his record. These are very big shoes to fill. All I want is to build on his gains and ensure that we are able to complete the mandate of the PSC. With his help, the job will be easier,” said Eala.

Ramirez told employees to rally behind the new PSC chairman.

“Chairman Noli Eala needs our help and our support. For if he succeeds, the PSC and Philippine sports will succeed,” said Ramirez.

Eala thanked President Marcos for his trust to appoint him as the head of the PSC. He also thanked commissioner Olivia ‘Bong’ Coo and the management committee led by acting executive director Guillermo Iroy for taking charge at the PSC before a chairman was appointed.

Eala said he never imagined standing in the PSC grounds, which he described as ‘hallowed’ with the government sports agency serving as witness to the historic feats of Filipino athletes, as its chairman.

The former PBA commissioner pointed out the importance of sports in nation building, fostering patriotism, a “great equalizer of society,” and uniting people.

Eala also called for support from the employees.

“Like the old saying goes, I will not demand your respect. I will earn it with my passion, energy, integrity and commitment to work. What I will demand though is that you give me your trust as the President did, and follow my lead. There will be many challenges along the way. And I do not promise that I have the answers to every question that we may be confronted with. But what I promise you is that I will do all in my power to find the answers and solutions to make the PSC strong, proactive and vibrant,” said Eala.

“That’s a priority that I wanted. I’m meeting with some of the members of the POC tonight. Nag-usap na kami ni chairman Bambol and we agreed to sit down. He assured me of his support. I’ve assured him of my cooperation and my commitment to the NSAs and to the POC,” said Eala.