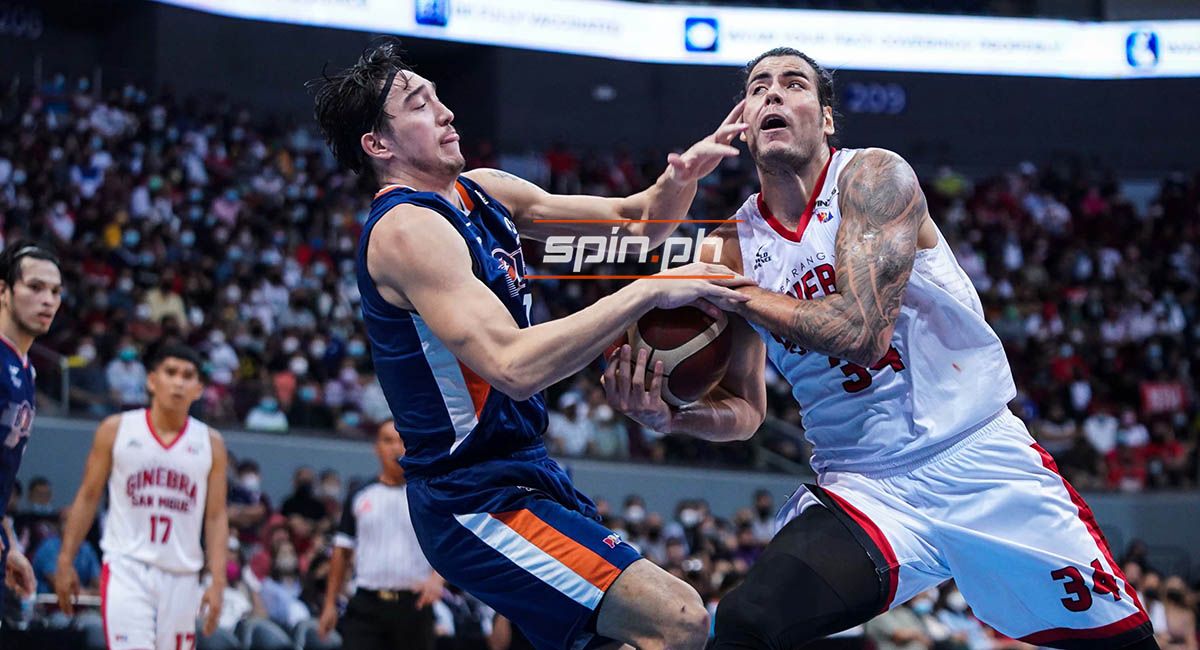 JUSTIN Brownlee came up with a near triple-double as Barangay Ginebra held off Meralco, 99-93, on Friday at MOA Arena to even the PBA Governors’ Cup Finals.

The 33-year-old Brownlee had 36 points, 13 rebounds, and nine assists, highlighted by a huge steal and a dunk that extended the Gin Kings’ lead to five with just over a minute left.

Scottie Thompson had 16 points and 12 rebounds for Ginebra, which saw a 20-point lead trimmed to two but recovered to even the best-of-seven series at 1-1.

Game Three of the title series is set on Sunday.

Tony Bishop scored 31 and Aaron Black had a career-high 24 points for Meralco. 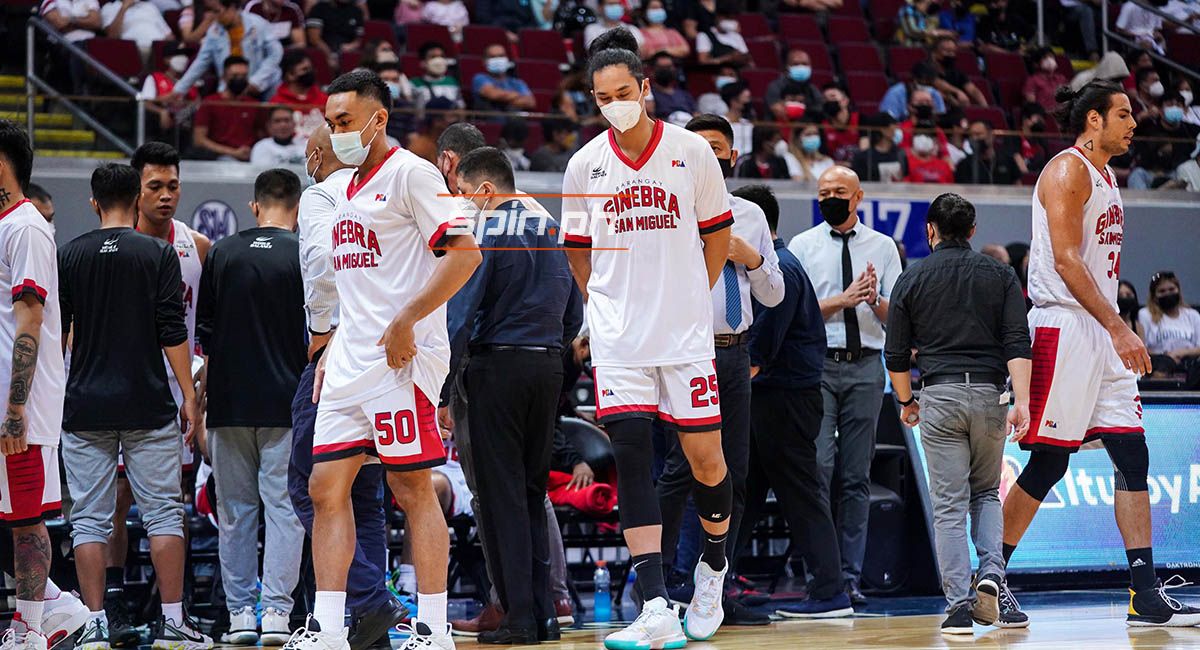 GINEBRA expects Japeth Aguilar to return to action before the Holy Week break.

Aguilar, who has been out over two weeks with a calf injury, was in uniform on Friday but did not see action in Game Two.

Coach Tim Cone says they will see if Aguilar would be able to play for a few minutes on Sunday in Game Three, or Wednesday in Game Four.

Game Five of the best-of-seven series is on Easter at the Araneta Coliseum.

“Maybe Sunday, but if there’s any likelihood, it will be Wednesday. He needs a few more days, it seems to me.”

“He will come to the game, stretch him out, test him out a few things and then if he passes that test, and he will go warm-up. If he feels good at warm-ups, then we will look and see if we can hit him on the court at least for a few minutes,” said Cone.

No penalties for Tolentino, Jose 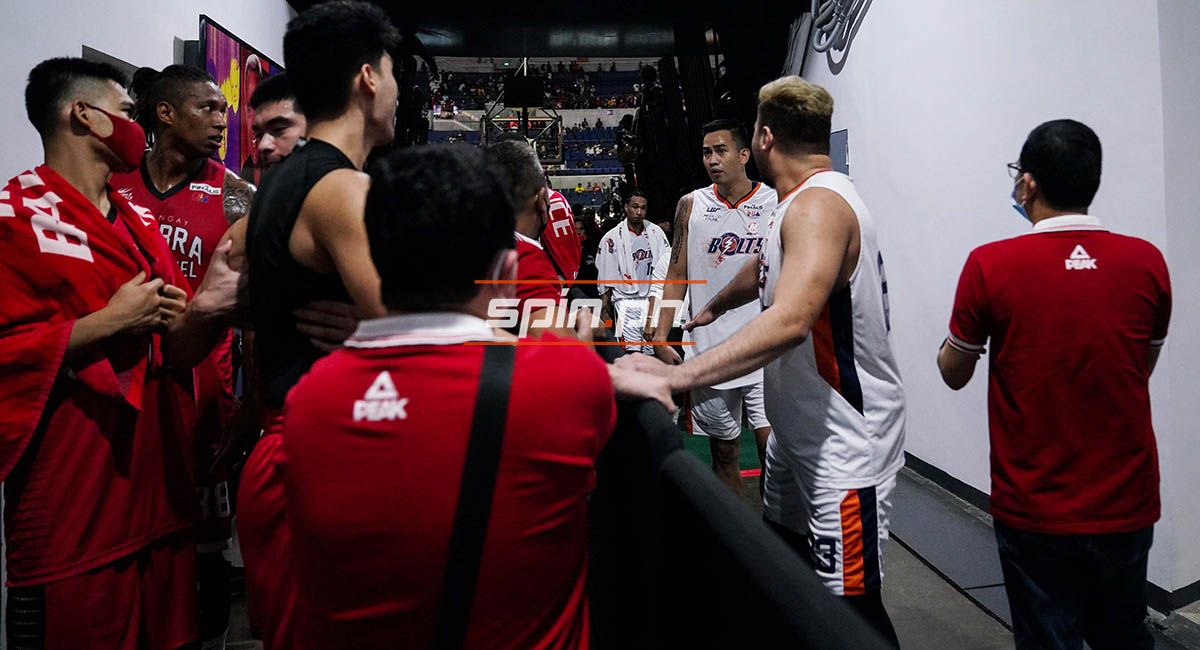 Arvin Tolentino had a shouting match after Game One and shook hands before Game Two.

ARVIN Tolentino and Raymar Jose were given a stern warning but spared penalties after their altercation in Game One of the Ginebra-Meralco Governors Cup finals.

A starter in Game One, Tolentino had a shouting match with Meralco backup forward Jose in the closing moments.

The two again exchanged words at the barrier in the tunnel leading to the locker rooms.

The two shook hands after the short meeting with the PBA commissioner and vowed to keep their tempers in check.