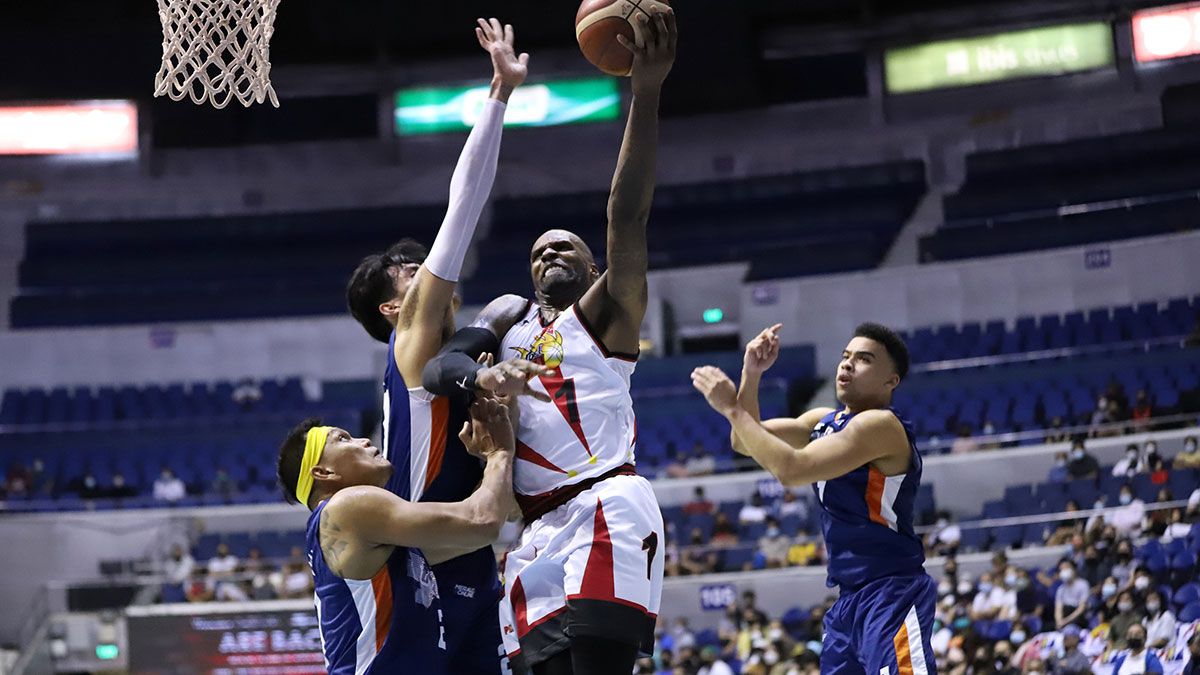 SHABAZZ Muhammad came out firing when teammates turned gun-shy, scoring 57 as San Miguel Beer rallied to defeat Meralco, 113-110, on Saturday in the PBA Governors’ Cup at the Araneta Coliseum.

The Beermen fell behind by 26 but Muhammad delivered as expected, scoring 45 in the second half after getting to only 12 at intermission.

Muhammad also had 19 rebounds as San Miguel Beer ended the elimination round with seven wins and five losses for provisional third.

June Mar Fajardo scored 16, Vic Manuel added 13 and Marcio Lassiter had 10 points for the Beermen, behind Magnolia at 8-1 and NLEX at 8-3.

Tony Bishop had 29 points, Bong Quinto scored 18 and Allein Maliksi added 16 for Meralco, which absorbed its third straight loss for a 6-4 record, tied for fourth with Alaska. 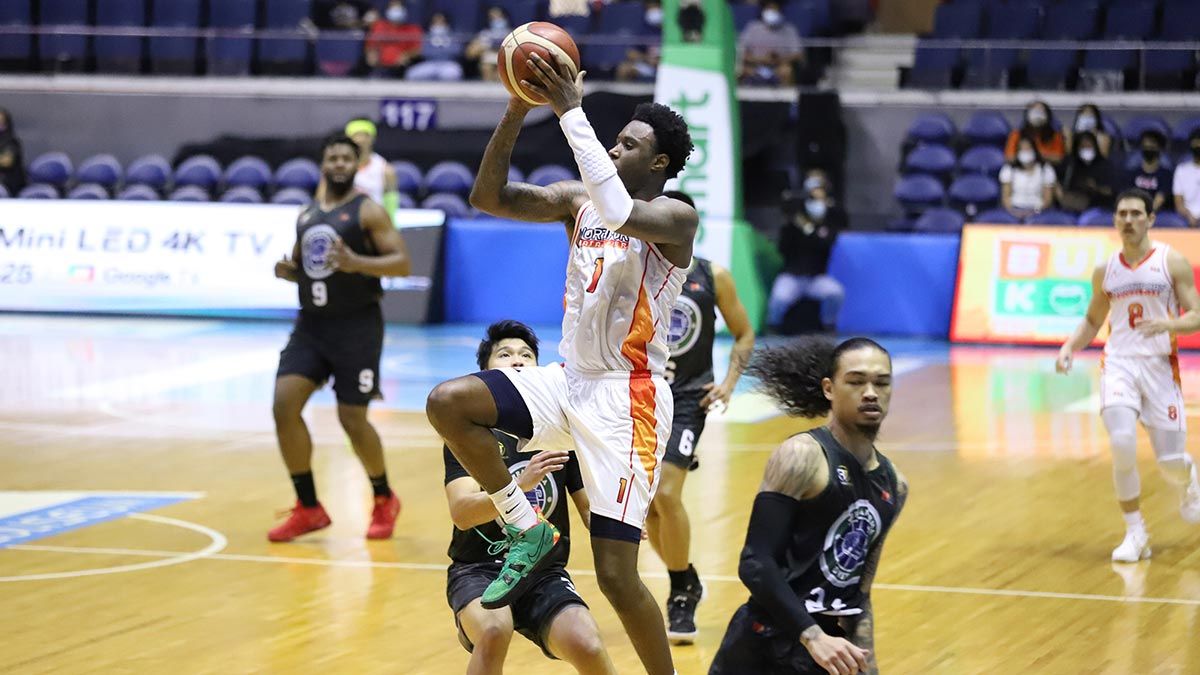 IT was a day of huge comebacks as Northport erased a 19-point deficit and held off Terrafirma, 124-117, for its fifth straight win in the PBA Governors’ Cup at the Araneta Coliseum.

Jamel Artis continued his solid play, scoring 31 as the Batang Pier evened its record after five consecutive losses to start the conference.

Arwind Santos also came up with another big game, scoring 28 as Northport moved into contention for a quarterfinal spot, forcing a three-way tie for seventh with Ginebra and Phoenix.

Antonio Hester scored 26 in the first half to lead the Dyip to a 69-57 lead, but Terrafirma could not hold on and suffered their fourth straight. 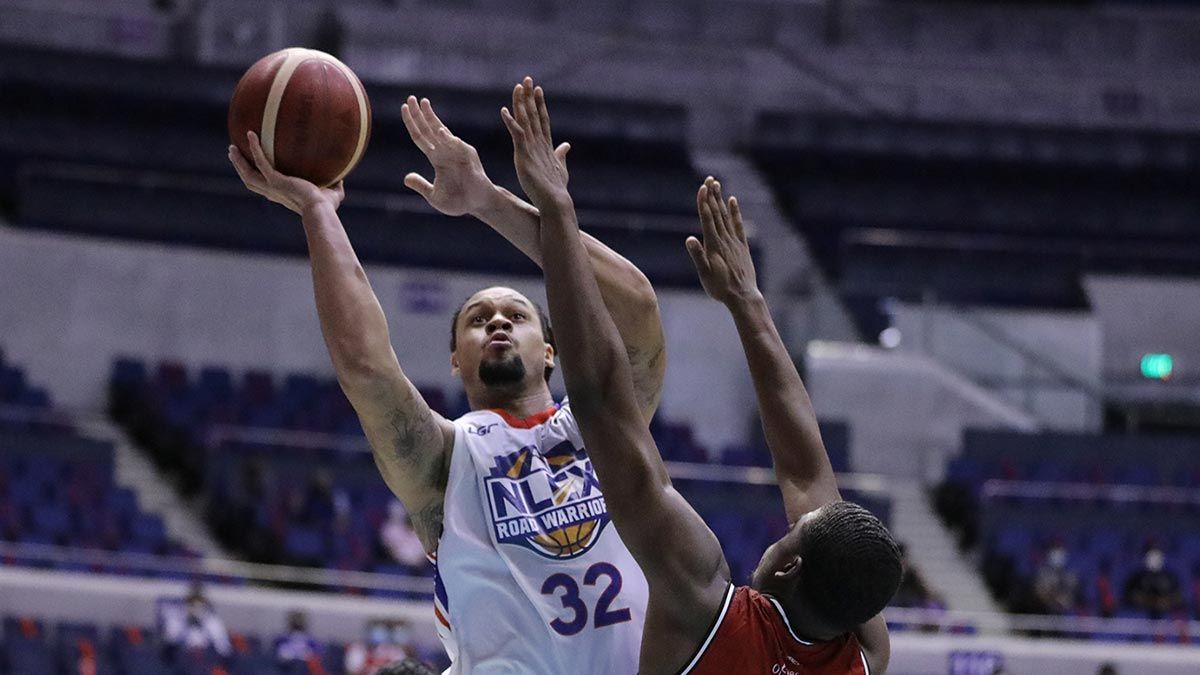 KJ McDaniels said he would like to rejoin NLEX, but not in the near future.

“Probably not this conference. But future conferences, I plan on coming back,” said McDaniels.

NLEX earlier said an option is to bring back McDaniels if the Road Warriors go deep in the playoffs.

McDaniels says the import swap should not hugely affect NLEX’s title bid, saying the Road Warriors have all the ingredients for a championship.

Cameron Clark has been brought in to replace McDaniels, whose girlfriend is about to give birth.

“It’s one guy coming in with 15 other guys. They just have to keep the energy up. They are pros. Going forward, I wish them the best of luck. I hope they win the entire thing,” said McDaniels.

“I feel like we are mature enough to keep the tempo going. I feel like with Cam coming in as import, he can adjust to the system for us and keep it up.”

The Road Warriors ended the eliminations with an 8-3 win-loss record, in provisional second behind Magnolia at 8-1.

NLEX holds a twice-to-beat advantage in the quarterfinals.