As year ends, we look back at top stories that made 2015 a momentous one for Philippine sports

NEAR-misses and what-might-have-beens were the order of 2015 for Philippine sports.

From the disappointing outcome of Manny Pacquiao’s highly-anticipated showdown with Floyd Mayweather, the country losing in its bid to host the Fiba World Cup, to another struggling campaign in the Southeast Asian Games, the low point seemed to overwhelm the gains made by Filipino athletes this year.

But inspiring stories authored by the likes of Perlas Pilipinas, the Letran Knights, four-time world champion Nonito Donaire Jr., and Miguel Tabuena give the country enough hope for a bright new year to come.

Looking back, Spin.ph lists down the top sports stories (not in chronological order), success or otherwise, that made 2015 truly a memorable one.

The so-called ‘Fight of the Century’ made a lot of noise not only in the country but worldwide the moment Manny Pacquiao and Floyd Mayweather finally agreed to get it on inside the ring to settle who’s the best fighter of their era.

Unfortunately, the fight failed to live up to the hype as the world welterweight unification title bout was bereft of action and suspense to the disappointment of a sellout crowd at the MGM Grand in Las Vegas. As expected, Mayweather fought a calculated fight on his way to a unanimous decision win against his Filipino opponent.

Worse, the 37-year-old Pacquiao later admitted aggravating an undisclosed shoulder injury he suffered while in training camp, leading fans to believe they were shortchanged into watching the record-breaking fight. A number of people later filed a lawsuit against Pacquiao and his promoter Top Rank.

Yet the 12-round match was a certified hit, getting 4.6 million pay-per-view buys and $600 million in revenues to go down as the richest fight ever in boxing history. Mayweather, now retired, took home a whooping $200 million guaranteed purse, while Pacquiao was paid $120 million – both record highs for the two boxing superstars. 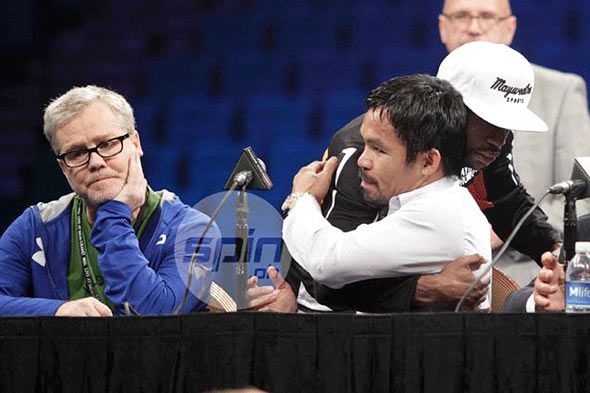 Coach Tab Baldwin failed to get the services of a number of players on his wish list, but that didn’t prevent Gilas 3.0 from overachieving in its Fiba-Asia Men’s Championship campaign in Changsha, China.

The Filipinos were just a win short of earning a long-cherished berth in next year’s Olympics after losing to the host country during the gold medal play.

The silver medal finish matched the same feat achieved by the previous Gilas Pilipinas team under Chot Reyes that competed in the 2013 Fiba-Asia edition in Manila that served as its ticket to a return trip to the Fiba World Cup in Spain.

No incentive came the national team’s way in China, although the remarkable finish was more than enough to leave a lasting impression for a Gilas side that was hardly given a second look in the fight for the lone Asian berth to the 2016 Rio de Janeiro Olympics given the absence of marquee players who Baldwin believed could have made a difference in the Filipinos’ campaign. 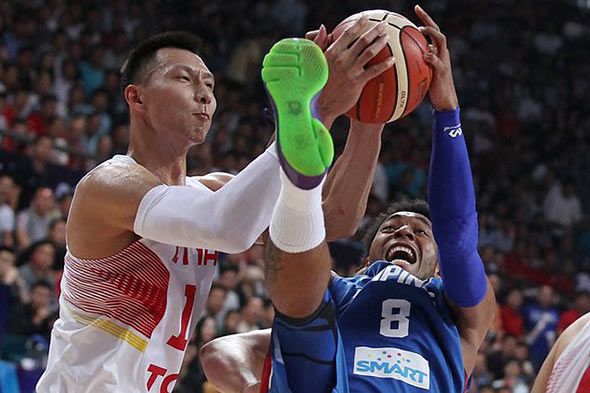 It went down as the biggest coup of the offseason as the most accomplished coach in PBA history found himself calling the shots for the league’s most popular ballclub.

Tim Cone was named the fifth coach in the last two years of a talented but underachieving Barangay Ginebra team that has not won a championship since the 2008 Fiesta Conference.

Cone’s arrival is like a whiff of fresh air for the Kings, but comes with huge expectations.

Like what he did to Star (formerly Purefoods) which he steered to five championships, including a grand slam in 2013, when he made the big switch four years ago from Alaska, Cone is regarded by many as the savior of a celebrated franchise that has failed to reach its potential despite the recent entry of fresh, young blood to complement its battle-scarred veterans. 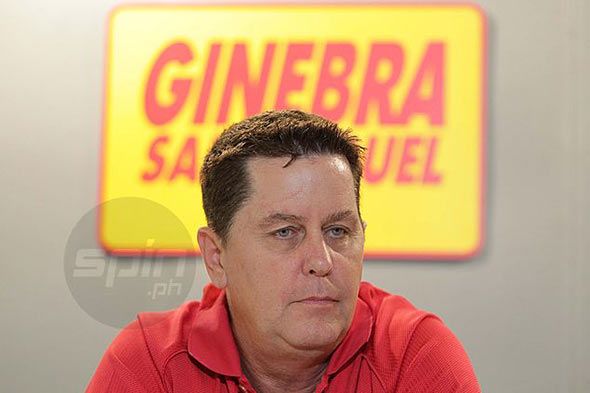 It was the ultimate David vs. Goliath story line in Season 91 of the NCAA, with the underdog beating the fancied one.

Led by a little-known and untested rookie coach in Alden Ayo, Letran defied the odds by bringing down five-time champion and heavy favorite San Beda to win its first ever men’s championship in over a decade.

The Knights – missing in the championship radar of most experts - already showed a portent of things to come earlier when they finished as the No. 2 seed entering the Final Four despite a lineup with Kevin Racal and Mark Cruz as the only legitimate stars.

And they proved to be up to the task as the Knights battled Ola Adeogun and the mighty Red Lions in the best-of-three finals that went the full route. The winner-take-all Game Three was a classic as the two teams battled in a match of changing fortunes at the Mall of Asia Arena, before the Knights summoned their remaining will in the overtime period to finally prevail, 85-82. 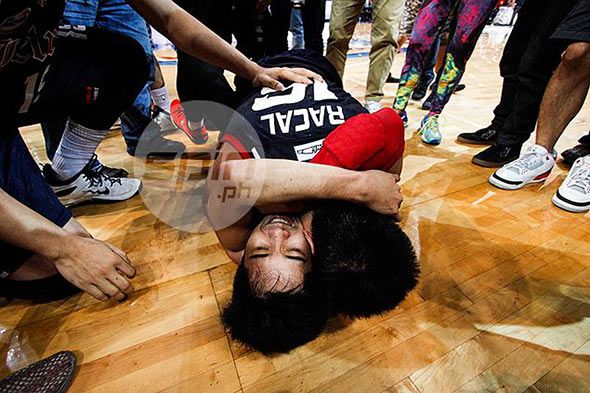 Just when the year was about to end, boxer Nonito Donaire Jr. and Miguel Tabuena gave Philippine sports something to cheer about.

Like thieves in the night, the two stole the limelight with stunning performances in the international stage, paving the way for Donaire to become a world champion again and for Tabuena to win his very first Asian Tour title.

The 33-year-old Donaire survived a game Mexican in Cesar Juarez to regain the WBO super-bantamweight title following a 12-round unanimous decision in San Juan, Puerto Rico. The ‘Filipino Flash’ scored two knockdowns in the fourth round, but had to endure the tough stand of Juarez the rest of the way to win the contest, a top candidate for ‘Fight of the Year’ honor.

Tabuena, 22, meanwhile, beat Australian Scott Barr by a single stroke to claim his first Philippine Open championship. The tournament, part of the Asian Tour calendar, had to be reduced into a 54-hole event owing to inclement weather, though that didn’t diminish the luster of Tabuena’s victory, which he highlighted by sinking six birdies in the homestretch. 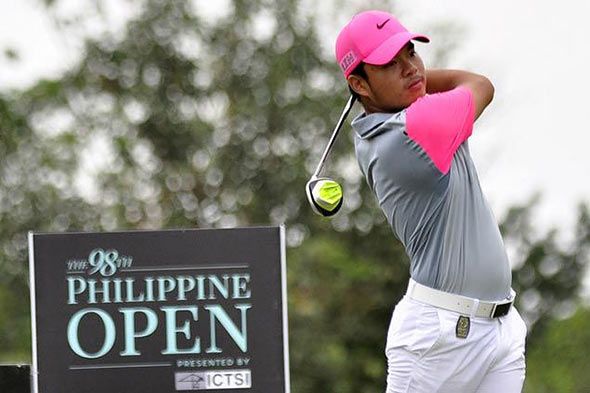 Not even a powerful entourage that included boxing legend Manny Pacquiao and Hollywood Fil-Am actor Lou Diamond Philips, was enough to clinch for the Philippines the hosting of the 2019 FIBA World Cup.

Samahang Basketbol ng Pilipinas (SBP) president Manny V. Pangilinan led the bid team from the Philippines, whose extreme passion for the game was, rightfully so, the center of its moving 20-minute presentation before the all-powerful Fiba Central Board held in Tokyo, Japan.

In contrast, China banked on retired NBA cager Yao Ming, the country’s great infrastructure, a huge basketball market and following, along with its experience of previously hosting world-class sports events such as the 2008 Beijing Olympics, and the 2010 Guangzhou Asia Games.

The end result had the Fiba Central Board voting 14-7 in favor of the Chinese. 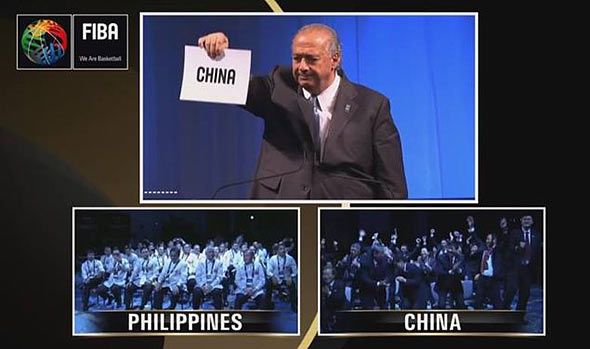 The Philippines had its share of moments in the 28th edition of the Southeast Asian Games in Singapore, but not enough to conceal the reality of another disappointing campaign by the Filipino athletes in a multi-sports event.

The country did improve to sixth place – one notch higher than in the 2013 edition in Myanmar – but won the same number of gold medals at 29 despite sending more than twice the number of athletes at 459 compared to two years ago.

If there was any consolation, Eric Cray became the first male Filipino athlete to complete a sprint double (100m and 200m), a sweep of the triathlon gold by Claire Adorna and Nikko Huelgas, boxing team bringing home five gold medals, and the Gilas cadets team retaining the basketball title despite a big scare from Indonesia in the gold medal game. 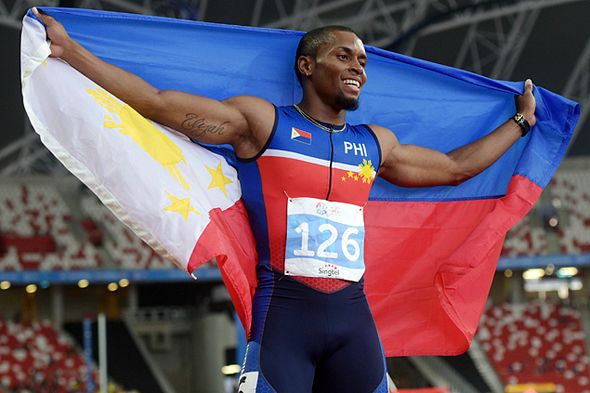 When it mattered most, the women’s national basketball team made it happen.

Perlas Pilipinas set aside its stinging experience in the Singapore SEA Games behind an amazing campaign in the Fiba-Asia Women’s Championships for an outright promotion to Level 1 of the tournament – a first ever for the country.

Afril Bernardino erupted for 32 points to lead the Filipinas’ charge in the 82-76 win over India in the playoff for Level 1 promotion.

Coached by National University mentor Pat Aquino, Perlas lost its opening game against regional rival Malaysia, before winning the rest of its matches, including big ones over traditional powers North Korea and Kazakhstan.

The historic feat came three months after the Filipinas – fancied to win the gold – settled for a disappointing fourth place finish in the SEA Games, marking the first time they failed to make the podium in the last four editions of the biennial meet. 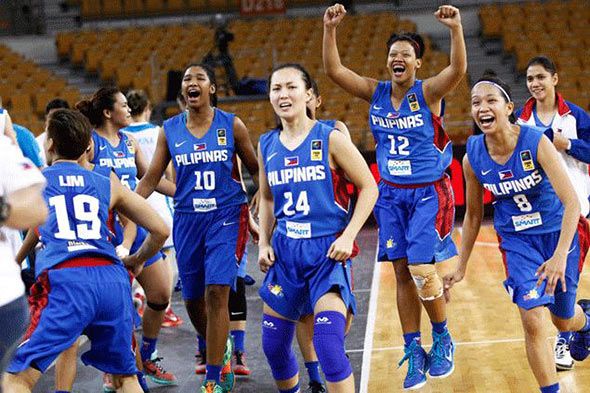 The FEU Tamaraws ended a string of runner-up finishes the last six years when they finally nailed the big one, winning the men’s basketball championship of UAAP Season 78 at the expense of a hard-fighting University of Santo Tomas Tigers.

Led by Finals MVP Mac Belo and a bunch of players who subscribe to coach Nash Racela’s team-first philosophy, the Tamaraws finished No. 2 behind the top seeded Tigers going to the Final Four, eventually arranging a best-of-three title series that went the distance.

With Belo teaming up with Roger Pogoy and Mike Tolomia down the stretch, FEU overcame a five-point deficit and watched UST self-destruct in the endgame to win its 20th league championship – the most by any schools in the league and the first for the Tams since 2005.

The championship also avenged the Tamaraws’ runner-up finishes in 2010, 2011, and in 2014, when they lost in the deciding Game Three of the finals to the National University Bulldogs. 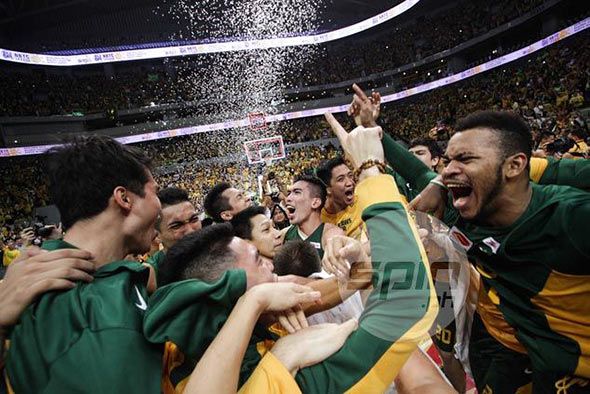 The country's stature as a basketball mecca was further magnified after Cleveland superstar LeBron James and Golden State counterpart Stephen Curry came over a month after the other as part of their respective Asian tours.

The visits took place following the riveting NBA Finals between the two basketball icons, which saw Curry and the Warriors beat out James and the Cavaliers in six games for the title.

The trip was the second in the last three years for James, while Curry was in the country for the first time. 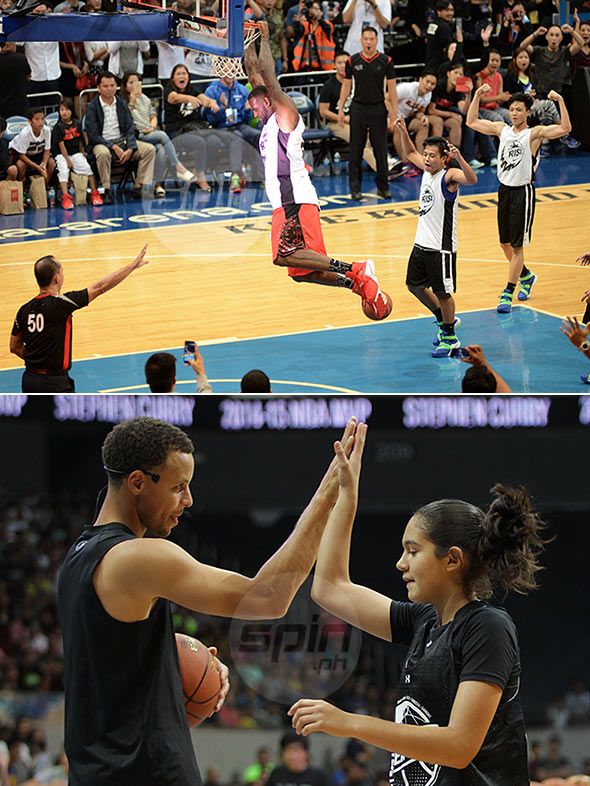 The San Miguel Beermen were champions again, and not just once but twice as the most successful franchise in PBA history capped its campaign in the league’s 40th season by running away with two of the three titles put at stake.

Led by back-to-back MVP June Mar Fajardo and handled by first year coach Leo Austria, the team battled the Alaska Aces in a war of attrition to claim the Philippine Cup title in a hard-fought seven game series that wasn’t decided until Arwind Santos nailed a clutch three-pointer in the waning seconds of Game Seven.

After failing to make the playoffs of the Commissioner’s Cup, the Beermen came back with a vengeance in the season-ending Governors Cup, where they went all the way to the finals behind import AZ Reid and complete a four-game sweep of the Alaska Aces

Austria went to be named Coach of the Year for steering San Miguel to its first championship since the 2011 Governors Cup. 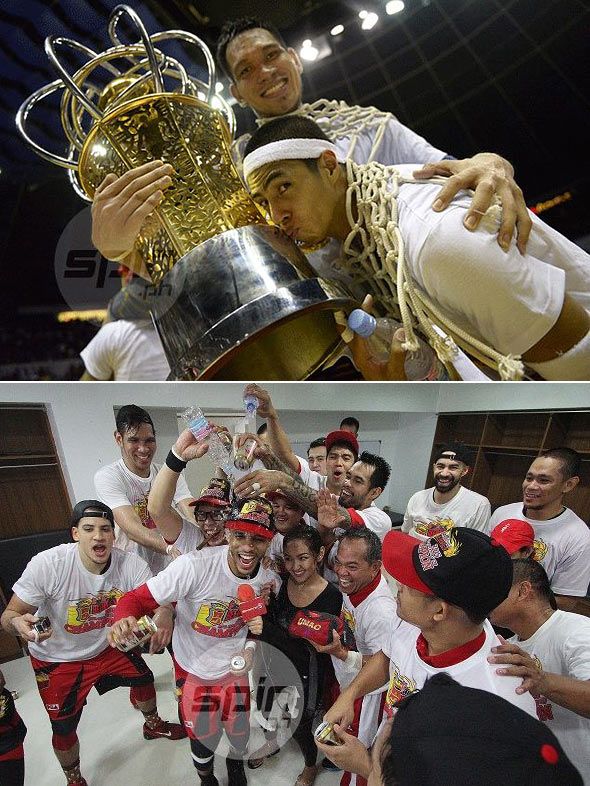