LOS ANGELES — All the Los Angeles Kings players showed up to Staples Center wearing Kobe Bryant jerseys before the arena's first sporting event since the retired Lakers superstar's death in a helicopter crash.

The Kings also honored Bryant and the other victims of Sunday's crash with a pregame video tribute and a 24-second moment of silence on Wednesday night (Thursday, Manila time).

Los Angeles players wore both the No. 8 and No. 24 versions of Bryant's jersey from his 20-year career with the Lakers. Both teams then wore tribute stickers on the backs of their helmets when the Kings hosted the Tampa Bay Lightning.

"For us as hockey players, being so many years kind of connected to the Lakers, we felt like we've got to pay some sort of tribute," Kopitar told the Kings' television broadcasters. "It's a little unorthodox for our dress code, but we wanted to pay our respects."

The game was Staples Center's first since Bryant and his daughter, Gianna, died along with seven others in Calabasas, California, on Sunday. 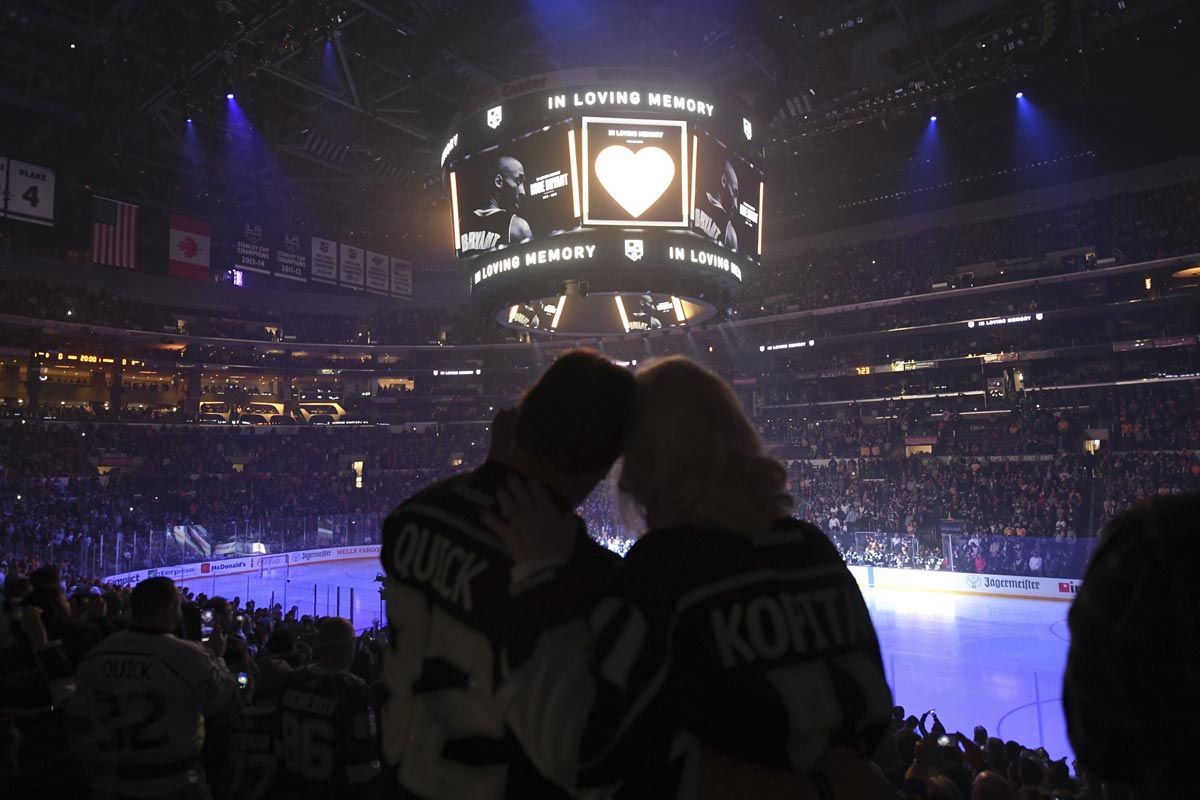 Fans watch a video tribute to Kobe Bryant on the scoreboard before the Los Angeles Kings play the Tampa Bay Lightning.

Bob Miller, the Kings' longtime broadcaster, spoke to the crowd before a somber video aired on the scoreboards.

"What took place this past Sunday has us all reeling," Miller said. "The lives lost and the magnitude of this terrible moment has been impossible to comprehend."

The Kings organization is historically linked to the Lakers, and not just because they shared a training complex in El Segundo until 2017. The teams have continuously shared an arena since the Kings joined the NHL in 1967, and Lakers owner Jerry Buss also owned the Kings from 1979-88.

Before they changed into their uniforms, many Kings and Lightning players donned purple T-shirts featuring the same logo affixed to the back of both teams' helmets when they took the ice. The sticker featured Bryant's uniform numbers superimposed over a yellow heart along with "Kobe" and "Gigi."

After 32 seasons together in the Forum, the Kings and Lakers have shared Staples Center along with the Los Angeles Clippers since the building opened in 1999. Bryant played the final 17 seasons of his 20-year career at the busy arena in downtown Los Angeles.

"He was the ultimate champion," Kopitar said. "He was known as the Black Mamba and the closer. He was here to win games and win championships, and that's the ultimate goal in sports." 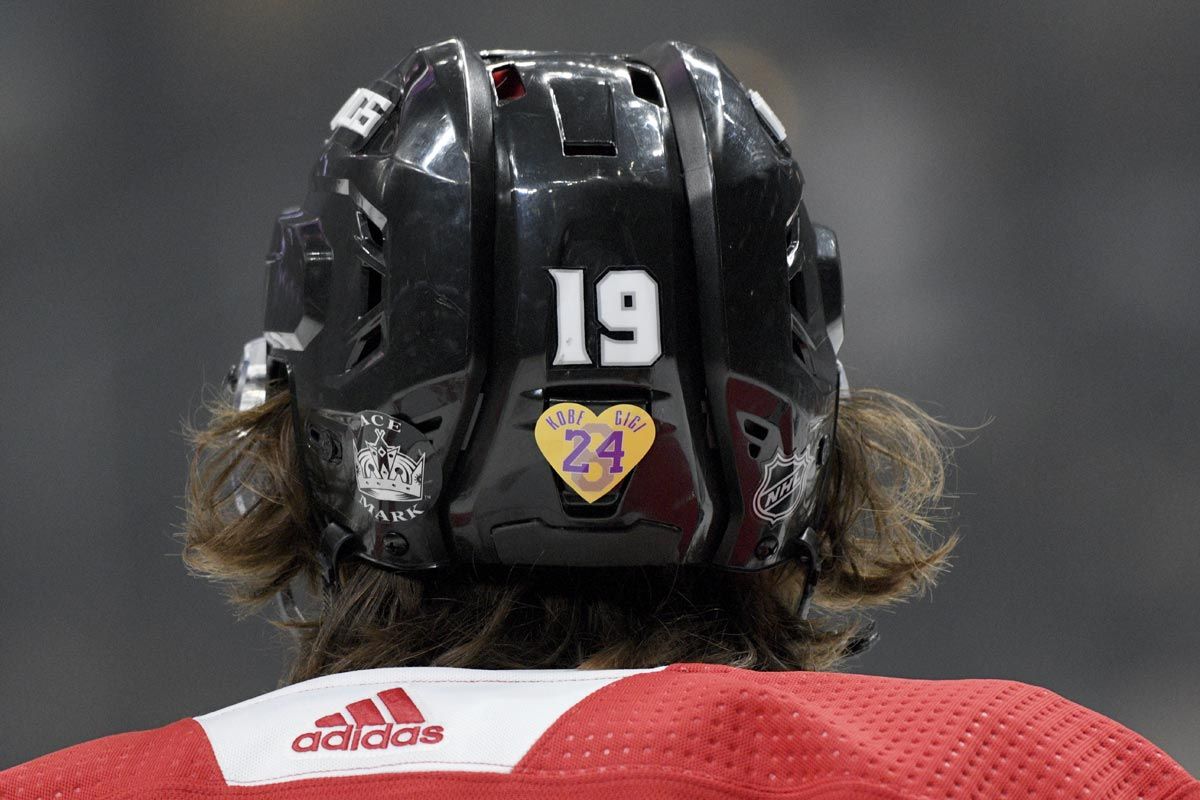 Los Angeles Kings left wing Alex Iafallo wears a sticker on his helmet honoring Kobe Bryant and his daughter Gigi before the game against the Tampa Bay Lightning.

The LA Live entertainment complex across the street from Staples Center has been turned into an area of mourning for fans. Large portions of the plaza are covered with mementos, signs and flowers as thousands of fans visit the area to play quiet tribute to Bryant and the victims.

For first-year Kings coach Todd McLellan, the tragedy and a subsequent game evoked memories of his tenure with the Edmonton Oilers, when his team had to play in April 2018 shortly after the Humboldt Broncos' bus crash, which killed 16 people.

"Being new to the community, I think I understood Kobe's place in our city, the history of the city and sport, but not to the magnitude that it's proven to be," McLellan said. "So that was a good experience for me to learn his true impact. And the players, when they're around the practice facility like they've been in the past, some of them have run into different Lakers over time. And championship teams here celebrate (together) sometimes. It hit home. It really did."

The Lakers' scheduled game against the Clippers on Tuesday night was postponed while the team grieved. The Lakers' next home game is Friday night against Portland.