How NBA, other American leagues are planning to hold future games with fans

THE NBA wants to be back in December. The NHL is aiming at games resuming in January. Baseball's spring training may begin in February, like normal.

They almost certainly won't be in bubbles if and when any or all of that happens.

But many of the lessons learned from being in some form of a bubble environment — where the NBA, NHL and Major League Baseball each crowned a champion after finding a way to finish their seasons in most unusual circumstances — could apply to whatever the new definition of normal is for those and other sports.

A new set of rules are coming in just about every sport, almost all with enhanced health and safety in mind. If they work, games could return to arenas and stadiums with some fans in attendance sometime soon. Perhaps more importantly, they could also provide some common-sense solutions to virus issues in the real world.

"The testing isn't what made it successful, the testing sort of showed that it was successful," said NBA senior vice president David Weiss, who helped oversee all the health and safety efforts at the Walt Disney World bubble in Lake Buena Vista, Florida. "But the thing that made it successful in the first place was the adherence to all those protocols that most people can follow most of the time in their lives."

There was no magic bullet in the NBA or NHL bubbles: Masks were worn, hand sanitizing was stressed constantly and social distancing was required at all times.

The NBA had teams in the bubble for three months, with the Los Angeles Lakers winning that title. The NHL playoff bubble lasted 65 days, from the time teams arrived in Toronto and Edmonton, Alberta, until Tampa Bay won the Stanley Cup. Officials from both leagues noted that mask, distancing and other protocols were still being followed strictly on the final day. 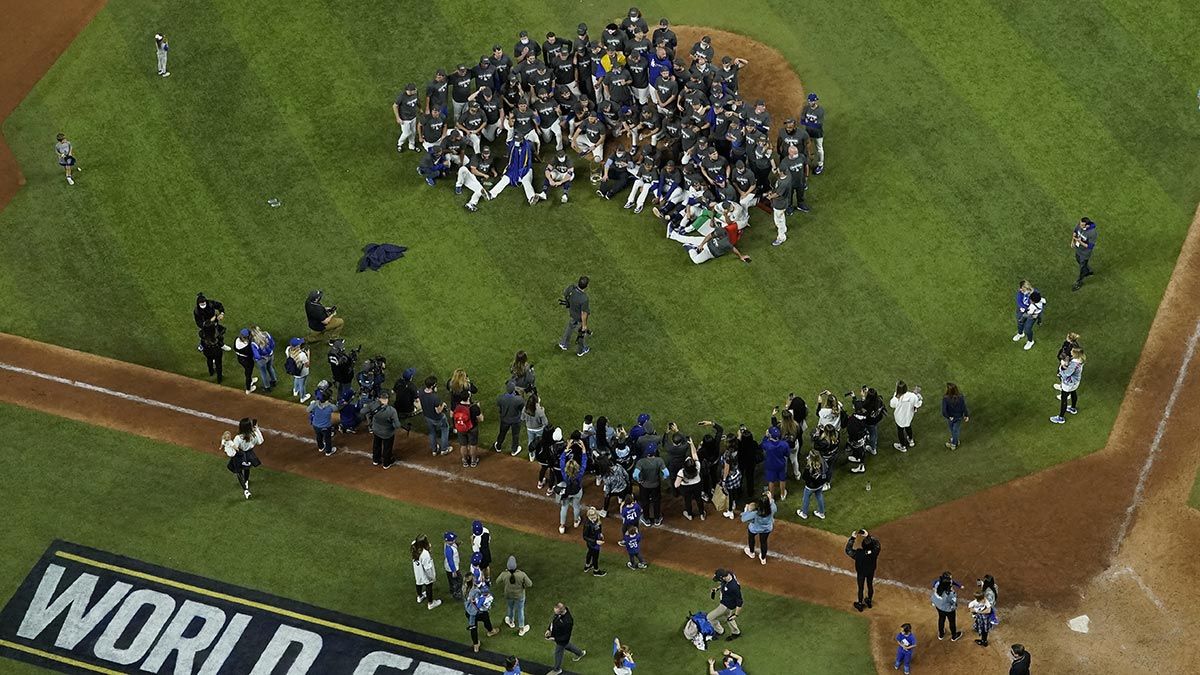 So what happens now?

Even as coronavirus numbers are spiking again across much of the U.S., experts don't think it's a pipe dream to have fans, even indoors, with a combination of some screening, masks, distancing and planning how they enter and exit.

"Rapid testing would really change the number of people that you can bring in safely," said Ryan Demmer, a University of Minnesota associate professor of epidemiology and community health. "It's hard to say what the exact number would be. I would not feel comfortable with a full stadium. But maybe instead of 10 or 15%, you could get to 50 or 60%, which is still pretty meaningful in terms of revenues."

That is a huge part of the what-happens-next equation. The NHL estimates half of its revenue comes from ticket holders. MLB says it missed revenue projections by about $3 billion. The NBA missed its financial mark by $1.5 billion.

Baseball had some fans for games as the playoffs progressed. College football and the NFL play before very small crowds now in most cities, limited because of the virus. Finding ways to get more fans into games — safely — going forward is paramount.

"We understand what happens with fans is going to be a product of what happens with the virus, what decisions public health authorities make in terms of mass gatherings," baseball Commissioner Rob Manfred told The Associated Press last month. "It is a huge issue for us in terms of the economics of the game."

Baseball nearly made it through its version of playoff bubbles unscathed; two innings before the World Series ended, Justin Turner of the now-champion Los Angeles Dodgers was pulled from the game after MLB was notified that he had tested positive for COVID-19. He was quarantined in a doctor's office off to the side, then later returned to the field with a mask to celebrate the Dodgers' title. He then took down his mask and posed for a team photo on the field, a violation of coronavirus protocols.

The WNBA played its 2020 bubble in Bradenton, Florida. A few players had false positives, but things mostly ran smoothly — more proof that adherence to rules pays off.

"No one got COVID inside our bubble," said Dan Carlin, CEO and founder of JobSiteCare, which provided the WNBA with its medical staff. "People showed up with COVID. This was a tremendous amount of work to get these people out of circulation before they infected anyone."

Border and travel restrictions affect the NHL more than any other pro league because seven of 31 teams are based in Canada, which could require some adjustments from the bubble like an all-Canadian division or potentially "pods" around North American hosting games, at least to start next season. Baseball's Toronto Blue Jays played their home games in Buffalo this year; cities are lining up to woo the NBA's Toronto Raptors for next season, though they remain focused on playing at home.

The NHL learned it doesn't necessarily need to physically fence in players and staff for any quarantine situations next season. The NBA doesn't want another bubble experience. That doesn't mean many of the bubble protocols and principles will be forgotten.

"Wherever we are playing games, you're going to want to try to limit interactions with kind of our core people and kind of the outside uncontrolled people," Daly said. "It's all about, I think, minimizing risk, and so there are a lot of elements of the bubble that will translate to what's next."

The one area where everyone agrees: If fans are coming back, they'll be in masks.

Harvard's Dr. John Spengler, who participated in a ventilation study of ice rinks at Purdue, said there are significant carbon dioxide discharges from players and that there's no substitution for mask-wearing among those in the stands to prevent the spread of something as contagious as this coronavirus.

"Some of the basics that we saw around really consistent use of masks, really focusing on distance, really being careful about settings that involve eating and drinking and really rigorous and hygiene and cleaning, you saw all of that," Weiss said. "That adds up to a lot of protection."