DANA White must be a smart guy. He did, after all, build UFC from almost nothing into the entertainment and sports juggernaut it is today.

Roger Goodell is pretty smart himself. He's been able to keep 32 owners happy while filling their pockets with even more billions from NFL fans.

Unfortunately, both seem to think they're smarter than anyone else when it comes to navigating their sports through the coronavirus crisis.

For some reason, White is intent on staging a big UFC card amid all the suffering and death. He seems to think there's something unmanly about hunkering down and trying to stay safe when there are MMA fights to be watched and money to be made.

The answer is, until we're all safe. And until White offers up a medical degree, he's got no more information on how long that will be than anyone else.

What White doesn't seem to understand is that while his fights are an entertaining diversion to some people, no one is crying out for a big UFC card two weeks from now. And there's no reason to risk lives staging one just to separate gullible fans from money they're trying to conserve to ride out the crisis. 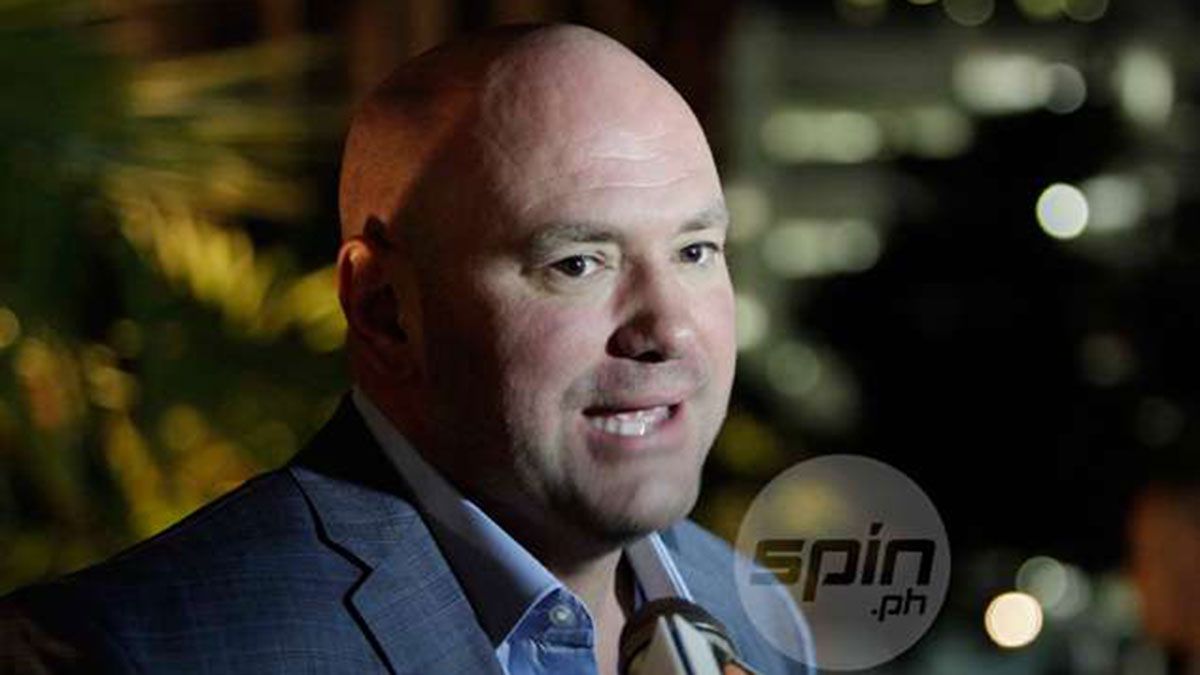 The major sports, of course, came to that conclusion already. That's why there's no NBA, no NHL, no MLB and no March Madness.

The Masters is postponed, and on Wednesday, Wimbledon was canceled for the year.

No sports at all, and yet so far there are no reports of fans hurling themselves off of buildings because they have nothing to watch.

White wants to give fans a UFC telecast from a cave somewhere to make sure that doesn't happen. But even his star fighter bailed on him Wednesday, which should be a pretty good clue where his plans are headed.

Lightweight champion Khabib Nurmagomedov was scheduled to fight top contender Tony Ferguson in the main event of UFC 249, which was initially set for Brooklyn. But Nurmagomedov said he would not leave his native Russia because of the pandemic and expressed anger that the fight was even being considered.

"It turns out that the whole world should be in quarantine," Nurmagomedov said on Instagram. "Governments of all countries, famous people around the world urge people to follow all safety requirements in order to limit the spread of the disease, to save people, and Khabib is the only one relieved of all obligations and must demonstrate free will and train flying around the world, for the sake of fight?"

Hopefully, Nurmagomedov's withdrawal will give White a way to save face and call the entire effort off. If not, he might change his mind after watching videos of body bags being loaded onto trucks headed to the morgue in New York City.

He was a macho guy a little more than a week ago, parroting others who suggested that everyone was overreacting to the coronavirus. White told Yahoo that basically everyone is going to die anyway and "when do Americans run and hide in their house instead of taking this thing head on and finding solutions."

But now the scope of death is becoming so apparent that White may wish he never uttered those words. Now his comments from just a few days ago seem so ludicrous that they appear to be lifted from some deep conspiracy website.

And then there's Goodell, who seems as determined to have a draft in a few weeks as White is to have a fight. While he and NFL owners can be forgiven for not wanting to give up the centerpiece of the league's offseason, the idea of a draft happening as scheduled April 23-25 is almost as problematic as staging a UFC fight. 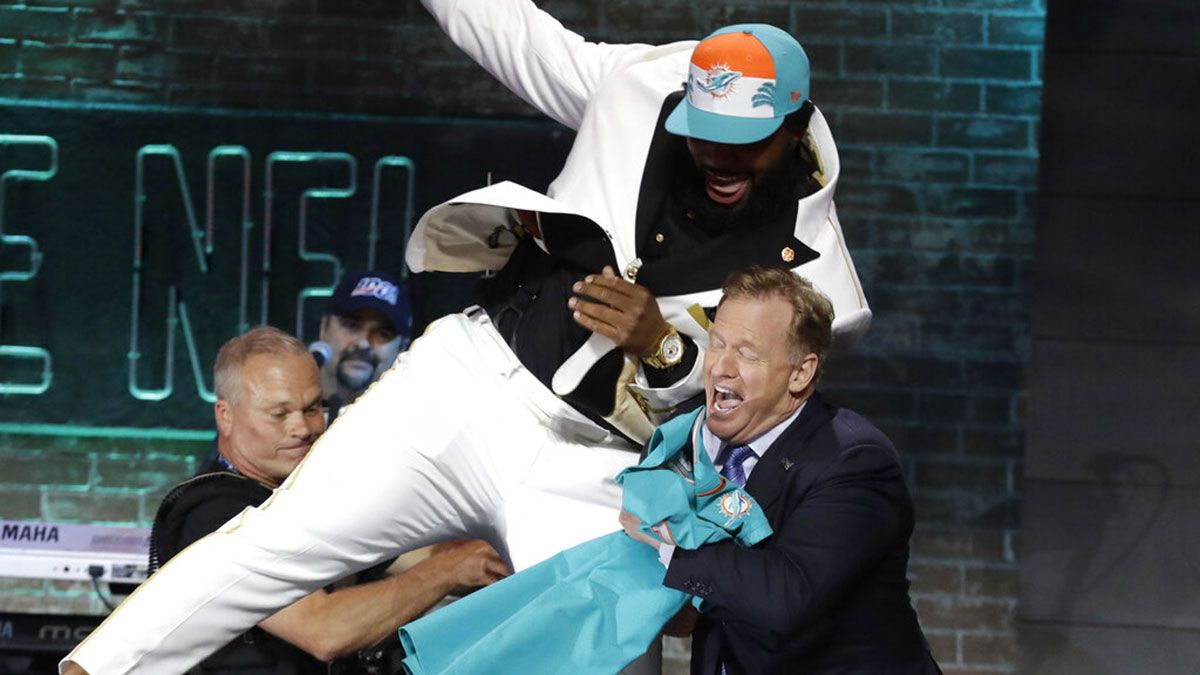 NFL commissioner Roger Goodell welcomes Clemson defensive tackle Christian Wilkinson after the Miami Dolphins took him with in the first round of the draft last year.

No details on just how that draft would be produced and televised have been released by the league, probably because NFL officials are frantically trying to figure them out.

But the league is based in New York City, the epicenter of the outbreak in America. People are already dying there by the hundreds, and there may be unimaginable carnage in the city by draft day.

It's not a time to celebrate anything, especially a No. 1 draft pick. The draft can wait, just like it is becoming increasingly obvious that the upcoming season will have to wait.

We all want sports back, just like we all want our normal lives back. Nothing would be better this weekend than watching the Final Four or turning on the TV next week to see Tiger Woods teeing off in the Masters.

But it's not life as usual, not anywhere close.

And in a time like this, both White and Goodell should realize we don't need sports as usual.