Bambol Tolentino hints at surprises in buildup for Tokyo Olympics

PHILIPPINE Olympic Committee (POC) president Abraham ‘Bambol’ Tolentino said his new administration will now focus on the coming Tokyo Olympics next year after getting a fresh mandate in Friday’s elections.

Tolentino defeated Clint Arañas of archery, 30-22, during Friday’s proceedings at the East Ocean Palace Restaurant, gaining a four-year term as POC president which he gained after a separate poll in 2019 following the resignation of Ricky Vargas.

Following the election procedure, Tolentino said work now begins for him and the new officers who will officially take over their positions on January 1, 2021. 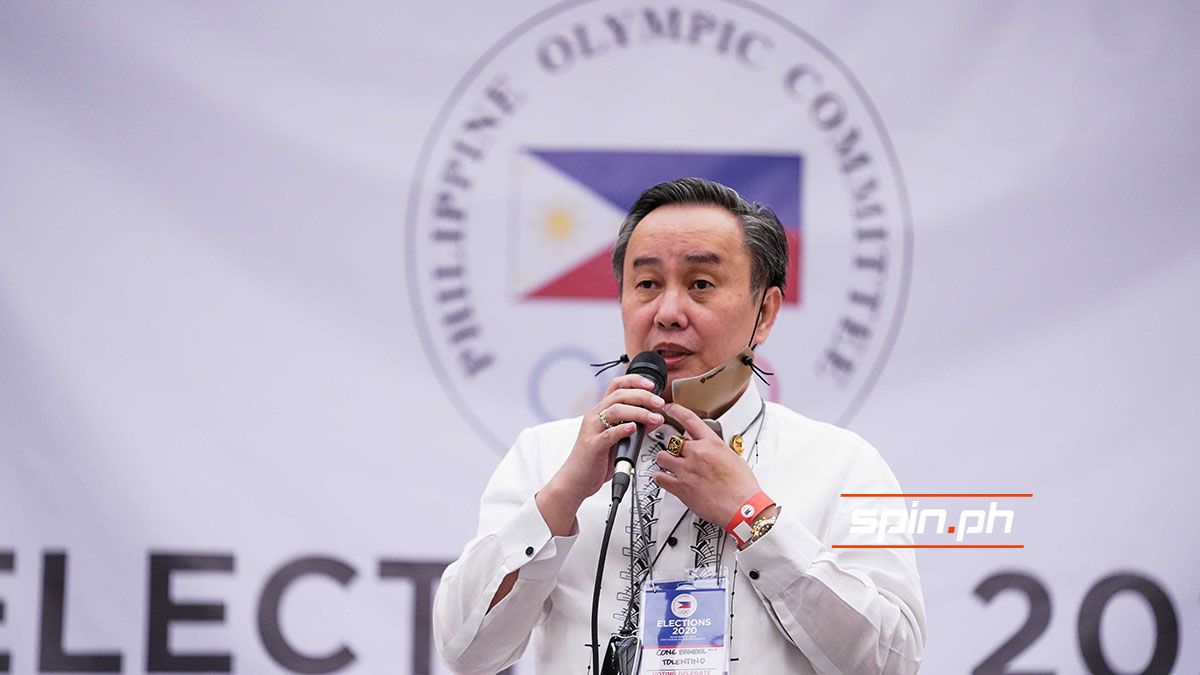 Tolentino said the initial plan is to prepare the athletes who will see action in big international competitions in 2021 including the Olympics.

“We have to focus on the athletes now. We have a lot of challenges next year. A lot of big competitions outside especially Tokyo. This might be our first-ever gold. We have to focus on that. Maram tayong trabaho. Na-delay lang ‘yung mga trainings natin. But with the help of this new team starting January 1, definitely there will be a lot of changes and surprises,” said Tolentino.

When asked about the surprises, Tolentino said he was able to lobby for a budget for the Philippine Sports Commission for the funding of the national athletes for 2021.

“Just like the Bayanihan 2 [Bayanihan To Heal As One Act 2] were I personally allowed the allowances of national athletes and coaches plus financial COVID aid, the Senate, through my lobby with my brother ‘Tol [Sen. Francis Tolentino] and Senator Migs (Zubiri), napasok na po ‘yung budget ng PSC. Zero budget sila for next year’s activities. After their final approval, aside from the House version, may pumasok na po na P900 million. It covers all activities from Tokyo, Asian Indoor and Martial Arts Games, Asian Beach Games, Asian Youth Games, and the Vietnam Southeast Asian Games,” Tolentino said.