NEWLY-elected Philippine Olympic Committee president Abraham ‘Bambol’ Tolentino hopes to start the healing process when he convenes the POC board for the first time this Friday.

Tolentino will meet his board at the POC office in his first official function as head of the country’s Olympic body since being voted into the position in special elections last Sunday.

He said the first order of the day is to extend his hand to the rest of the board and show his sincerity and readiness to work with holdovers loyal to former POC head Peping Cojuangco. 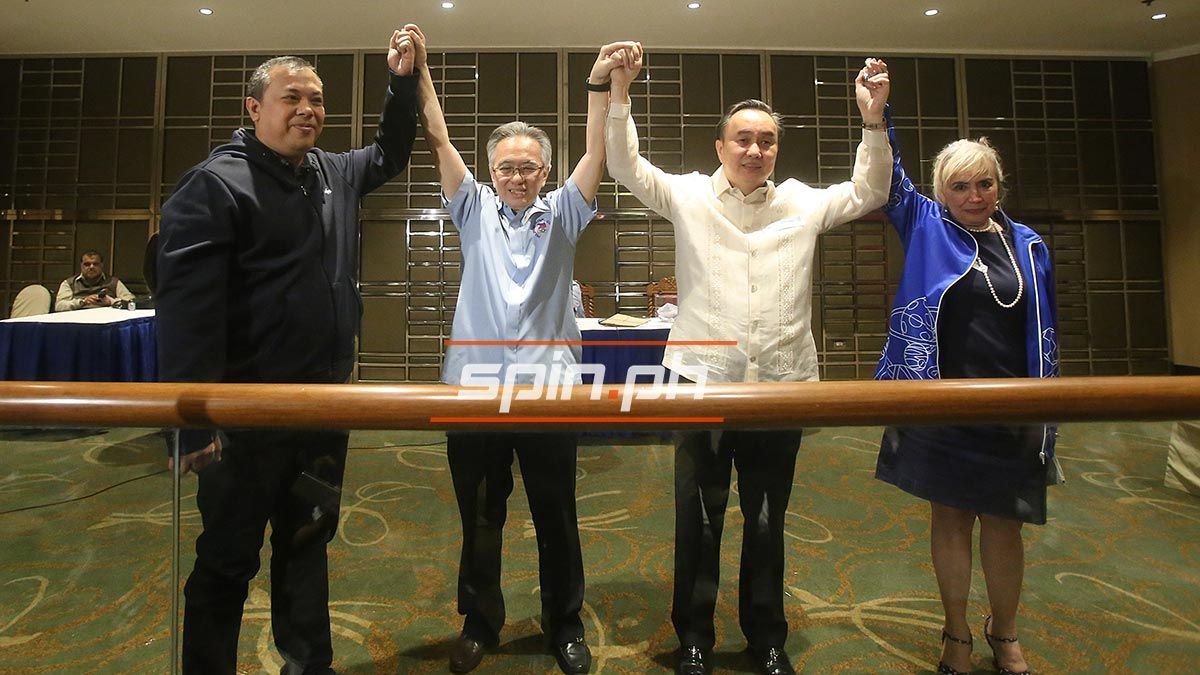 At the same time, the Cavite congressman said he's ready to answer issues previously raised by the board during the term of former president Ricky Vargas shortly before he resigned from his post.

“I will answer them kung ano ang itatanong nila. And nasa kanila na kung tatangapin nila yung sagot ko. Basta sasagutin ko lahat ng tanong nila. Hopefully this would be a good start for the POC,” said Tolentino when he appeared in the Philippine Sportswriters Association (PSA) Forum on Tuesday at the Amelie Hotel-Manila.

Tolentino said his immediate focus is on the preparations being made by the country for its hosting of the 30th Southeast Asian Games. But everything won’t move forward if the entire POC would not be on board, according to the representative of the seventh district of Cavite.

“Unity muna. You cannot have those directions if you don’t have unity,” said Tolentino in the forum presented by San Miguel Corp., Braska Restaurant, Amelie Hotel, and the Philippine Amusement and Gaming Corporation (PAGCOR).

“We have to focus on the SEA Games so kailangan natin ng unity. Kung hindi tayo united, forget about everything.”

Updates on the SEA Games preparations will be the main agenda of the board, with Tolentino inviting a member of the Philippine SEA Games Organizing Committee (Phisgoc) during the meeting.

At the same time, the president of the Integrated Cycling Federation of the Philippines (Philcycling) said he’ll give up his position as Phisgoc sports director, since as POC president, he’ll automatically assume the position of Phisgoc vice-chairman.

With less than two years at the helm of the POC, Tolentino said his focus will be more on the short term planning like the SEA Games, Para Games, and the 2020 Tokyo Olympics.

Tolentino also vowed to just pursue the changes his predecessor has previously laid down, although he said he’ll be more of a hands-on leader.