Why not San Miguel flying the flag in Asiad? Yes, why not?

WITHOUT a Philippine team in the 2018 Asian Games in Indonesia, a lot of fans couldn’t help but wonder how a PBA team would fare in the quadrennial showpiece.

TNT and a Yeng Guiao-coached Rain or Shine were eyed as representatives, but that was before Samahang Basketbol ng Pilipinas (SBP) pulled the plug on the plan, under the premise that participating in the Asiad at this time “would not be optimal.”

But the Philippines isn’t short in basketball talent, and not a few fans wonder if a certain multi-titled, history-chasing team in Asia’s first professional league is good enough to wage war with the best of Asia in Indonesia.

Why not San Miguel?

Former PBA commissioner Noli Eala put out the idea on Twitter on Wednesday night, shortly after San Miguel dealt Ginebra the worst loss in a PBA Finals, 132-94, in Game 3 to take a 2-1 lead in the Commissioner's Cup title series.

The players believe they can.

Looking at the team’s makeup and Santos may be right. After all, they are not the reigning four-time PBA Philippine Cup champions for nothing.

Four-time PBA MVP June Mar Fajardo remains at the peak of his powers and is arguably one of the best big men in Asia at the moment.

Add to that Santos, a former league MVP himself, as well as San Miguel’s ferocious three-guard combo of Chris Ross, Alex Cabagnot, and Marcio Lassiter, and that starting five is certainly good enough to don the national tri-colors.

The bench isn’t going to be a short of talen, too, with Christian Standhardinger and Kelly Nabong bolstering the paint, Brian Heruela and veteran Chico Lanete playing substitutes at the point, and able wingers alternating between Von Pessumal for offense and Matt Ganuelas-Rosser for defense.

Add to that the fact that San Miguel has chemistry that is the envy of the rest of the league - something that hastily formed all-star PBA teams can only aspire for.

“I would love to see us play, and I know naman na most of the guys, we’d like to compete,” chimed in Cabagnot, who isn’t against the idea at all.

San Miguel head coach Leo Austria echoed his team captain's sentiment and admitted that he liked the prospect. He also thinks that in an alternate universe, his side is more than capable of making a mark in the Asiad.

“San Miguel naman is always all-out to support any sport in the Philippines.” 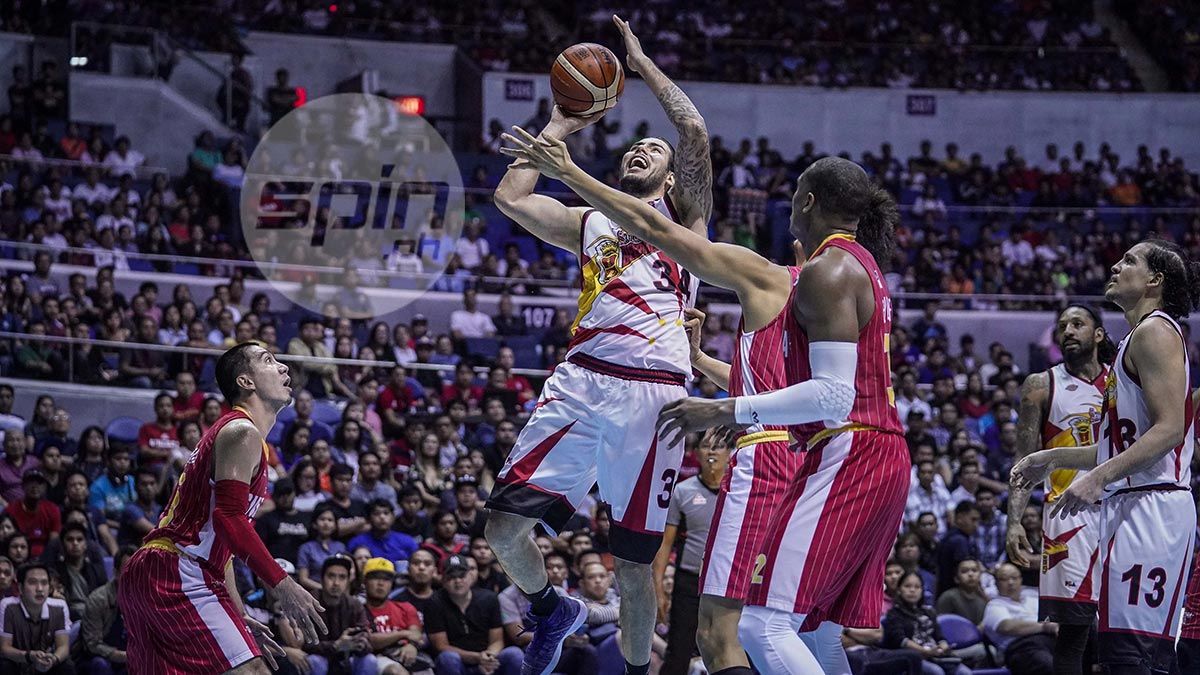 Austria, though, was frank to admit that as strong as his side is, San Miguel would still need to add a few players to shore up its bench if it wants to make it as far as a podium finish in the continental meet.

“We cannot assure na we will win the gold. I’m sure well be competitive if we’ll be given a chance to beef up the team,” he said.

But soon after, the reality kicks in – that as willing as the players would love to represent the Philippines in the international stage, the decision will never be fully theirs.

“Hypothetically, any Filipino would love to represent the Philippines, but you know naman they have a strict pool and process on who they pick and what they do,” said Cabagnot.