BAKU, Azerbaijan — Max Verstappen heads into his first race as Formula One leader looking for his first podium finish at a previously troublesome circuit, and with the focus on his Red Bull car's rear wing.

The 23-year-old Dutch driver has been a potential championship contender since he made his debut in 2015 when he was only 17. This season, he has a car capable of challenging seven-time champion Lewis Hamilton for the title.

Winning the last race in Monaco put Verstappen four points ahead of Hamilton heading into the Azerbaijan Grand Prix.

Some rivals, particularly Mercedes, have argued Red Bull's rear wing flexes too much at high speed and reduces drag. That would be a particular benefit in Azerbaijan, which has the longest straight of any circuit on the calendar.

Governing body FIA is introducing new tests to measure how rigid wings are. However, they only take effect from June 15, ahead of the French Grand Prix.

Hamilton was vocal last month of what he called the "bendy" Red Bull wing and previously said it made the rival cars faster at the Spanish Grand Prix, which he won.

"Regardless of what I think, it doesn't really make a difference," Hamilton said Thursday. "The fact is they passed the tests that are given for this weekend so we proceed in the way things are. Of course it is an advantage on the straight." 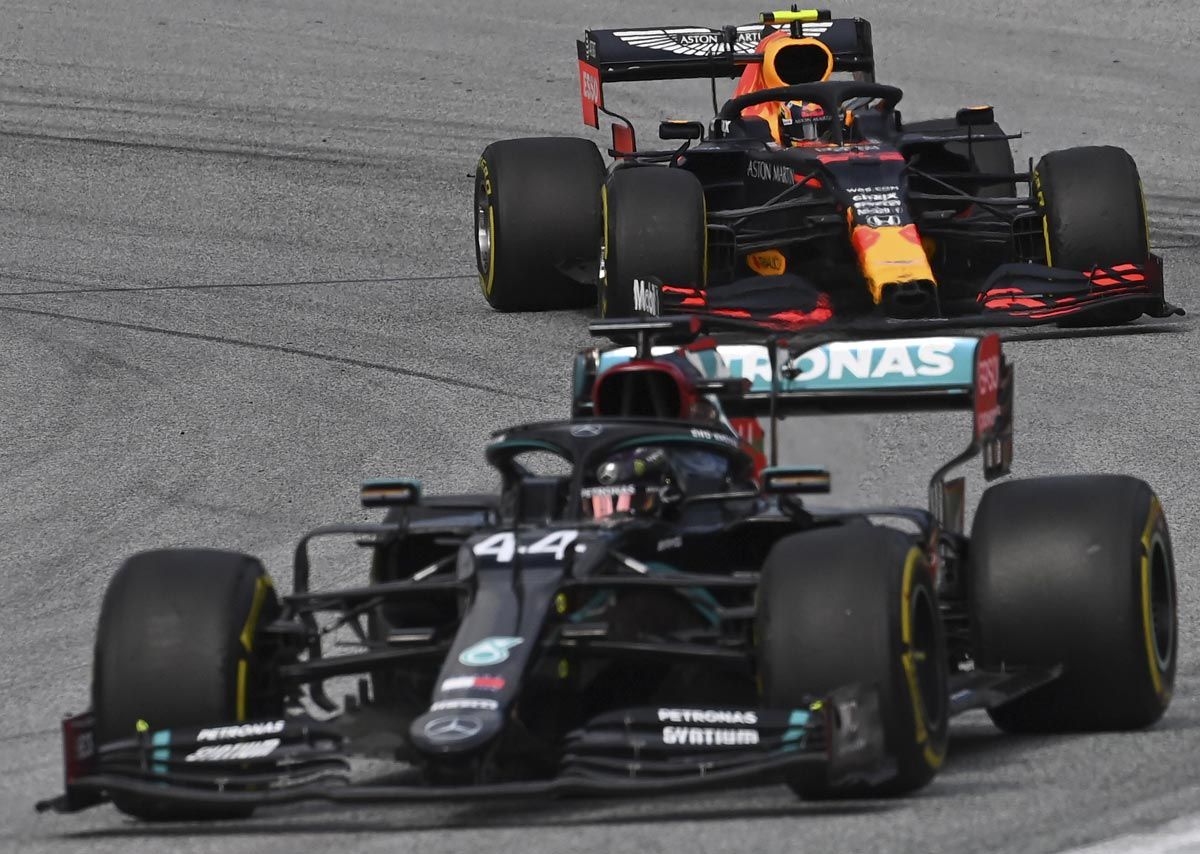 Verstappen has struggled in Baku in the past, with no podium finishes and two retirements in his four races. The low point came in 2018, when he tried to block then-teammate Daniel Ricciardo at the end of the long straight. The pair collided and both drivers were out of the race.

"I do think they are still on normal tracks ahead of us but I think for us, so far this season, we've had a great start compared to the other seasons and we just need to keep it up," he said.

McLaren driver Lando Norris is third in the standings — already 49 points behind Verstappen — and leads a chasing pack that includes Mercedes rival Valtteri Bottas, the second Red Bull of Sergio Perez and both Ferraris.

Bottas has shown flickers of pace with a pole position and two fastest laps this season. But the Finn has yet to finish higher than third in a race and has less than half of Hamilton's points tally.

His weekend got off to a bad start when flight delays left him stuck at the airport in Finland on Thursday as other drivers were out walking the Baku track. Bottas eventually reached the Azerbaijan capital in the evening.

Still, Bottas has been something of a Baku specialist in the past. He won the last race in 2019 — the Azerbaijan GP was canceled in 2020 amid the coronavirus pandemic — and was on course to win in 2018 before a puncture ended his race.

Ferrari driver Charles Leclerc is coming off disappointment in Monaco when he qualified on pole position only for his car to break down before the start of the race. He said Ferrari will struggle to repeat its "one-off" Monaco pace, given Baku's long straight.

"Even though there are quite a lot of slow-speed corners," Leclerc said, "I believe we will be back to the normal competitiveness that we had before Monaco."
___