SINGAPORE — Mercedes driver Lewis Hamilton was fastest in Friday's second practice at the Singapore Grand Prix in an early indication the Formula One championship leader will be tough to beat in Sunday's race.

"It was a good day. We are competitive and the car was working really well in both practice sessions," Verstappen said.

Hamilton's Mercedes teammate Valtteri Bottas, who recovered from hitting the wall in the first session, was fourth.

Hamilton heads into the race with a 63-point lead over Bottas with seven races remaining. 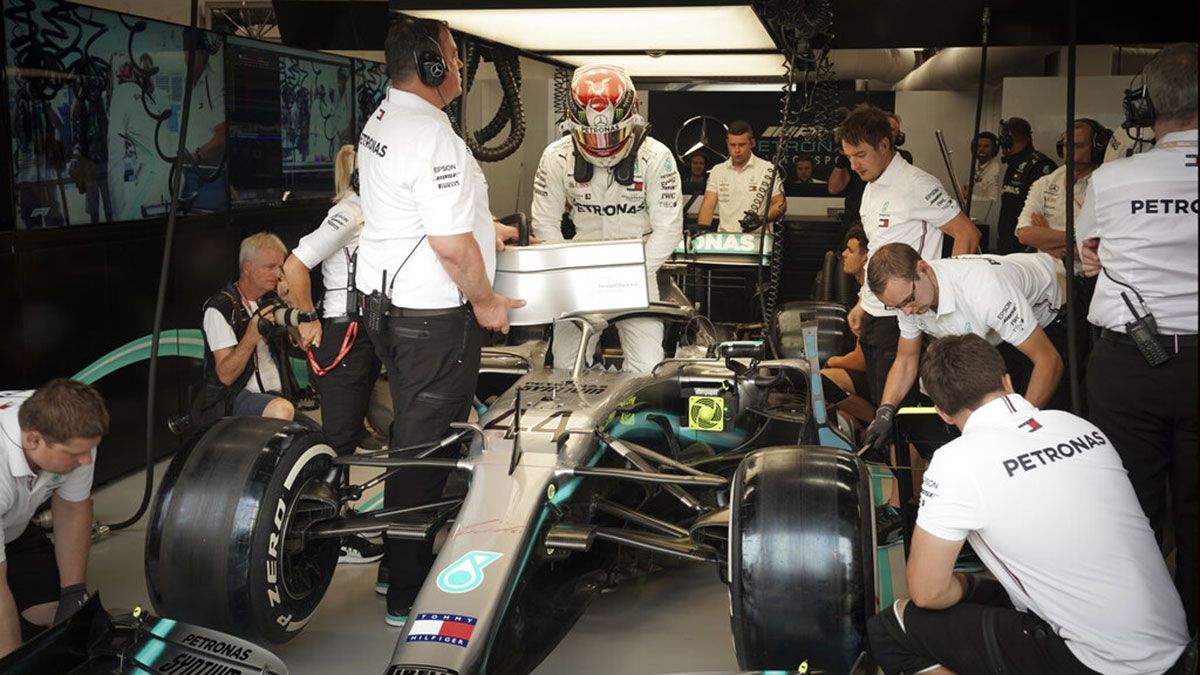 While he already has eight wins this season, Hamilton hasn't won since the Hungarian GP in early August.

On Sunday, Hamilton will be aiming for a repeat of the 2018 race here when he won comfortably from pole position to extend his championship lead.

Pole position is crucial at the 5-kilometer (3.1-mile) Marina Bay street circuit as its one of the hardest tracks for overtaking in F1. The driver leading the field has won eight times in the past 10 years.

"There are always things that can be improved which we will look at now and this race is 95 percent about qualifying and I'm feeling positive so far," said Verstappen, who is third in the drivers' standings.

Hamilton has won in Singapore for the last two years. A victory in Sunday's night race would move the Briton a step closer to his third straight championship and sixth overall, moving him just one away from equaling Michael Schumacher's all-time record of seven titles.

Charles Leclerc, who had a gearbox issue in first practice, was sixth behind Red Bull's Alexander Albon. Ferrari driver Leclerc is on a roll having won the previous two races.