The Mercedes team said in a statement on Tuesday that Hamilton was tested three times last week and returned a negative result each time, the last on Sunday afternoon at the Bahrain International Circuit.

“But he up woke Monday morning with mild symptoms and was informed at the same time that a contact prior to arrival in Bahrain had subsequently tested positive,” the team said. “Lewis, therefore, took a further test and returned a positive result. This has since been confirmed by a retest.”

Hamilton is in isolation in accordance with the health protocols in Bahrain.

“Apart from mild symptoms, he is otherwise fit and well, and the entire team sends him its very best wishes for a swift recovery,” the team statement said. 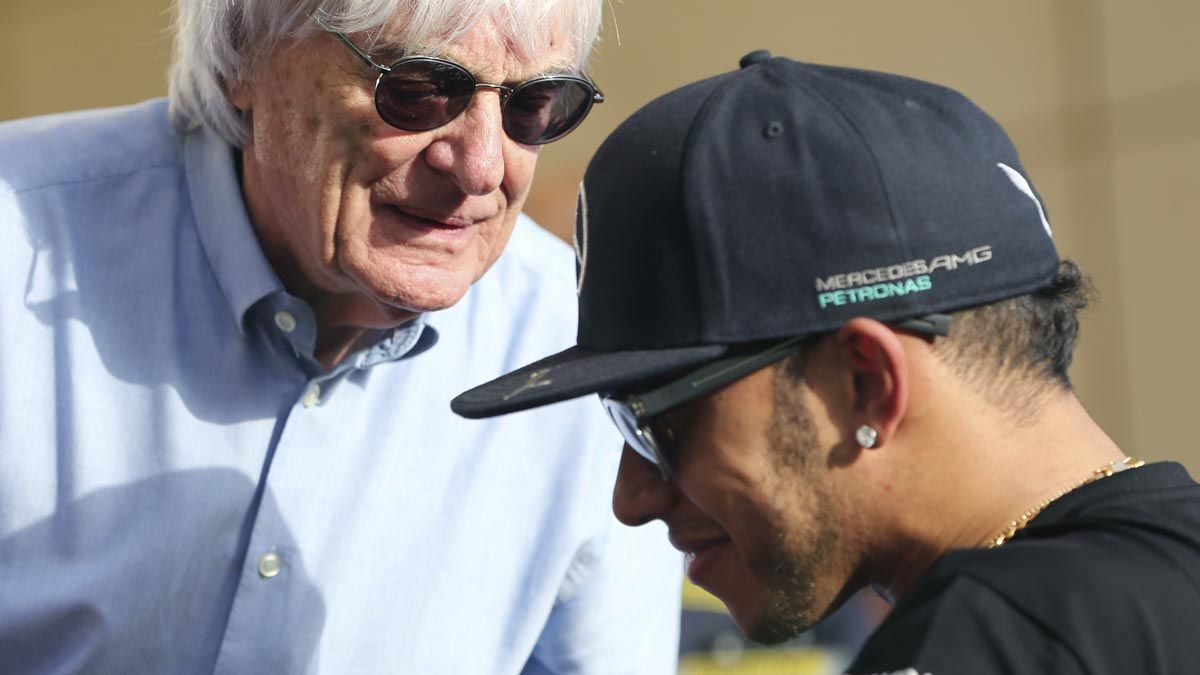 The 35-year-old Hamilton appeared to be drained at the end of the Bahrain GP, which was marred by a crash that left Romain Grosjean with minor burns to his hands and ankles after his Haas car crashed and burst into flames moments after the start.

“It’s physical, this track has always been physical. We’ve got lots of high-speed corners so I was definitely feeling it,” Hamilton said following Sunday's race. “I was sliding around a lot out there and I wasn’t really quite sure how it would play out at the end.”

There is another race in Bahrain on Sunday — on Sakhir’s shorter outer circuit — before the 17-race season concludes in Abu Dhabi.

Hamilton clinched the drivers' championship last month in Turkey and has a big lead in the standings with 332 points, well ahead of Mercedes teammate Valtteri Bottas (201) and Max Verstappen (189).

He has won 11 races this season. But his absence in Sakhir means he will not be able to win a 13th and equal Sebastian Vettel’s record, set in 2013 with Red Bull.

Hamilton also misses out, for now, on being able to clinch a 100th pole position. His pole last weekend was the record-extending 98th of his career.

The Mercedes team said it would announce a replacement driver later in the week. Reserve driver Stoffel Vandoorne was already scheduled to travel to Bahrain after Formula E testing in Valencia.

Hamilton is the third F1 driver to test positive for COVID-19 this season, following Sergio Perez at Silverstone and Lance Stroll in Germany.

Formula One organizers said Hamilton needs a negative test before being allowed to return to the F1 paddock and, therefore, remains a doubtful starter for the final race of the season in Abu Dhabi.