Will we see the best of Folayang vs Muay Thai legend 'John' Wayne Parr?

AS I write this, I find myself listening to Toby Keith’s “As Good As I Once was” on repeat. It’s a fun country tune that explores what happens when the hell-raising young ones suddenly find themselves reminiscing that they were young once. More on that later.

Eduard Folayang needs no introduction, not least to anyone who happens to be reading this website. Baguio’s ‘Landslide’ has captured our nation’s pride and respect time and again with his heartfelt efforts in mixed martial arts, including two stints as the One Championship lightweight titleholder.

At the historic One X card this March, Folayang will be facing off against Australian Muay Thai fighter ‘John’ Wayne Parr in a special crossover match. ‘The Gunslinger’ received his monikers courtesy of his high-volume, all-action style, which has earned him rare accolades in Thailand and all across the globe. On the tail end of a storied career, Parr is looking to cap off his legend by earning his 100th victory.

Folayang’s own legend will live on long after he hangs up his red Team Lakay trunks. That chapter was etched in history long ago. Until then, we’re left with the current reality—that of the aging warrior in a young man’s game where every succeeding generation inevitably surpasses the one that came before.

The 37-year-old has lost six of his last seven bouts, three by submission, with his last win coming five fights ago in 2019. And while the Team Lakay stalwart still displays occasional flashes of brilliance, the unforgiving nature of MMA has resulted in the game leaving him by the wayside.

Never mind Folayang’s supposed weakness on the ground, which has long been levied against every member of Team Lakay’s roster. He has only lost by submission thrice: twice to the one of the greatest submission artists in MMA history, and once to a wily veteran who has beaten some of the best in the division. And though Folayang is far from a Division 1 wrestler, he’s not exactly out of his depth once a fight enters the clinch.

It is on the feet, rather, that he now finds himself falling short. An ironic twist, given that striking has always been the meal ticket for Folayang and rest of his Baguio compatriots. The Igorot fighter’s Wushu background has seen him employ flashy kicks and hard hooks with great success. At this best, Folayang’s flurries in the cage the moment he smells blood are akin to seeing the Tazmanian Devil wreak havoc. 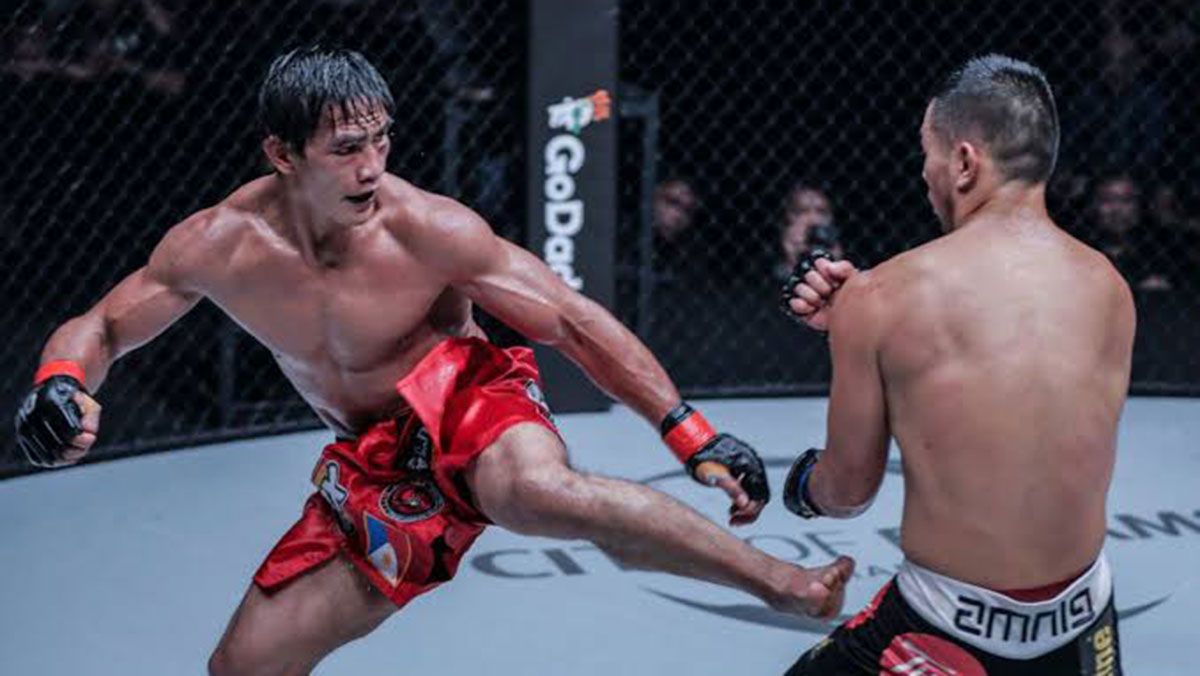 The current striking meta of MMA, however, sees crisp boxing behind an educated jab and head movement mixed with well-timed calf kicks currently in vogue. Folayang, meanwhile, stays true to what brought him to the dance. While they are still potent weapons worth fearing, the rapidly evolving sport largely figured out his strategies long ago.

What the game hasn’t taken away from Folayang—if it ever could—is his innate warrior spirit. No setback, no devastating loss where he has ended up face down on the canvas, and certainly no naysayers, have managed to deter the humble fighter’s desire. The word "quit" clearly does not exist in that dojo up north.

And in Parr, Folayang may have the perfect dance partner to create one last hurrah we’ll be gushing about for decades to come. Remember the Toby Keith song? The chorus says, “I ain’t as good as I once was, but I’m as good once as I ever was.” At 44 with a hip replacement and over 300 stitches to his name, Parr is more shopworn than a UV Express whose check-engine light and creaking transmission are screaming for mercy.

If you look at his last two efforts, though, it appears the old cowboy still has some pop left. In 2019, he stepped into the boxing ring after sixteen years away and defeated the likewise faded but still respectable former world champion Anthony Mundine. Last year, Parr returned from his short-lived retirement to face off against Nieky Holzken in his home turf of Muay Thai.

Holzken, a hard-hitting Dutchman still capable of demolishing top contenders, cracked the durable Parr en route to a second-round knockout. Still, Parr showed glimpses of his old self and plenty of his trademark aggression. The legend was even protesting the referee’s decision to stop the fight while lying flat on the canvas thanks to a flush kick to the chin.

All too happy to meet his forward onslaught will be Folayang. With no takedowns to mind and with both endlessly gunning for a finish, expect ‘Landslide’ to showcase the very best of his arsenal with reckless abandon. An all-out landslide of a gunfight, if you will.

There are many questions that linger still. Folayang will be not only be stepping into an unfamiliar ruleset, but one that his opponent has become a household name in. By his own admission, he will need to adjust to the emphasis on knees and elbows inherent to Muay Thai. On top of that, the Filipino hasn’t competed in a recorded striking-centric fight in over a decade.

On the flipside, how will Parr deal with the unique spinning attacks of Folayang? With his heavy focus on punches in the latter part of his career, will he struggle against a heavy hitter who’s more than willing to stand and trade? These what-ifs, from my view, only serve to make the contest that much more interesting.

If nothing else, this fight should be nothing short of fireworks once the bell rings. Running through both fighters’ ears when the time comes—or at least mine—will be another line from the same song: “So don’t double-dog dare me now, ‘cause I’d have to call your bluff.”