Trump lauds UFC for leading way in sports’ return: ‘It’s important … Get the sports leagues back’

Trump's taped message was played during ESPN's broadcast of the UFC 249 undercard from a fan-free arena in Jacksonville.

"I want to congratulate (UFC President) Dana White and the UFC," Trump said. "They're going to have a big match. We love it. We think it's important. Get the sports leagues back. Let's play. Do the social distancing and whatever else you have to do. We need sports. We want our sports back. Congratulations to Dana White and UFC."

UFC 249 served as the first major sporting event to take place since the global pandemic shut down much of the country nearly eight weeks ago. It was originally scheduled for April 18 in New York, but was postponed in hopes of helping slow the spread of COVID-19. 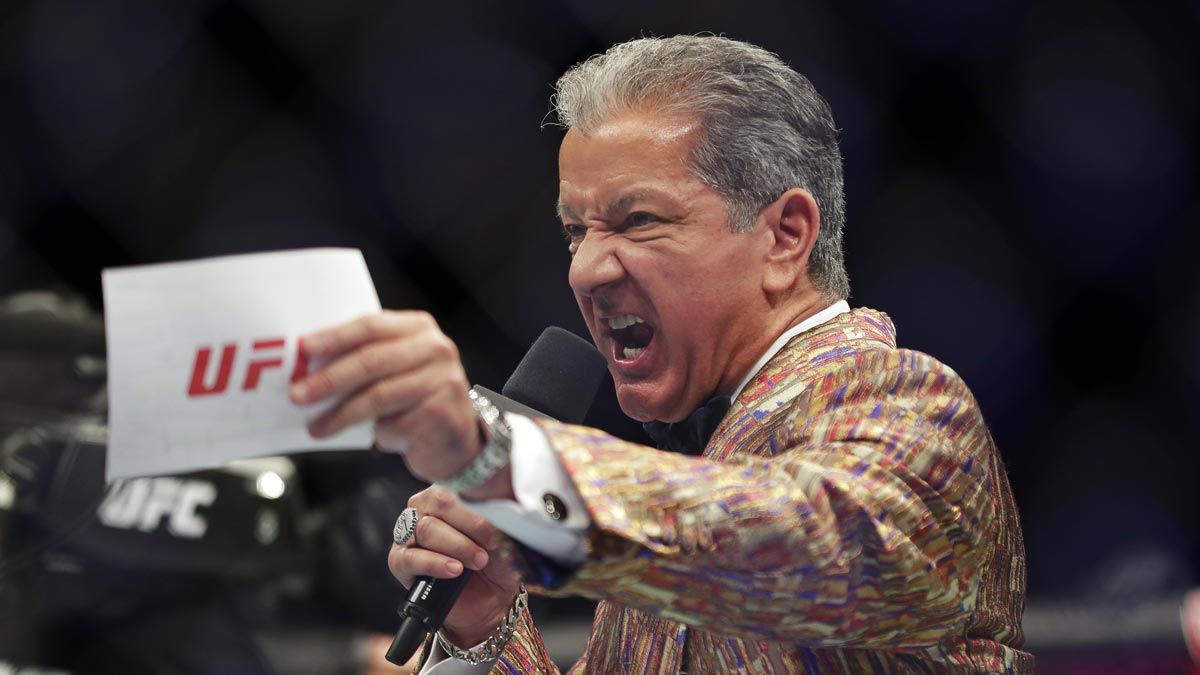 The mixed martial arts behemoth is holding three shows in eight days in Jacksonville, where state officials deemed professional sports with a national audience exempt from a stay-at-home order as long as "the location is closed to the general public."

The UFC came up with a 25-page document to address health and safety protocols, procedures that led to Jacaré Souza testing positive for COVID-19 on Friday. His middleweight bout against Uriah Hall was canceled late Friday. Souza's two cornermen also tested as positive, the UFC said in a statement.

"All three men have left the host hotel and will be self-isolating off premises, where UFC's medical team will monitor their conditions remotely and will provide assistance with any necessary treatment," the UFC said.

The positive results surely increased the focus on the event. Every other sport is watching closely to see how it plays out. White previously said Trump wants the event to serve as a blueprint for the return of live sports. 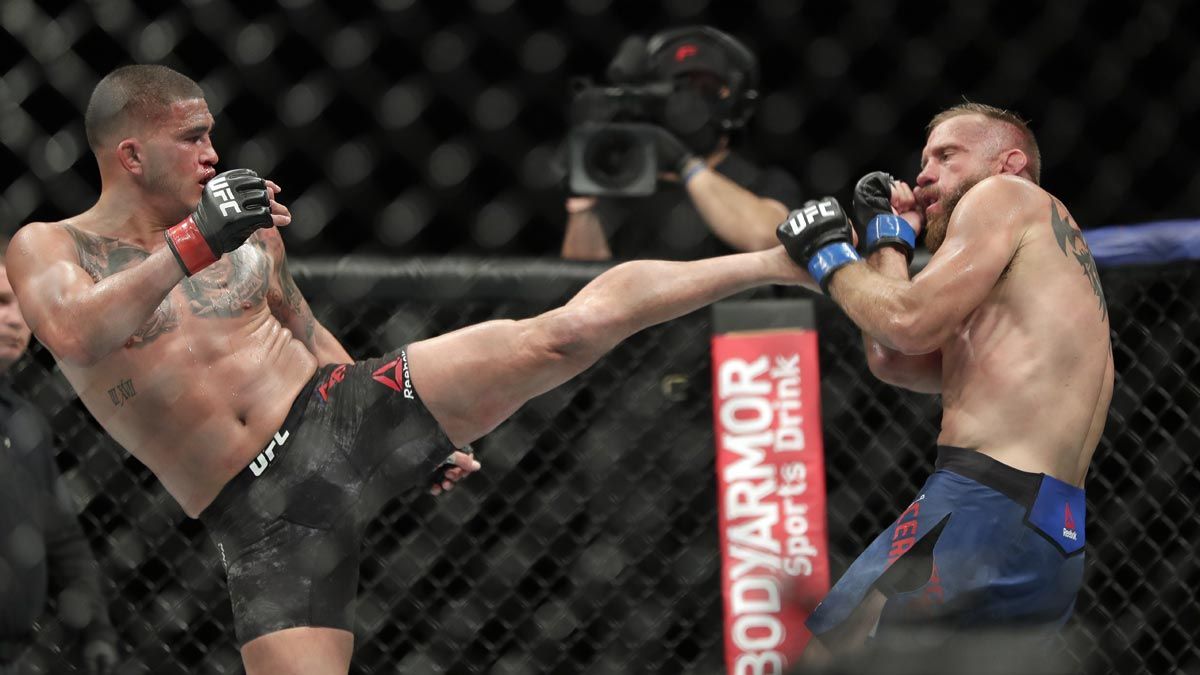 White didn't want to postpone any fights. He tried to host the event on tribal land in California and still hopes to create a "Fight Island" for future cards.

He settled for Jacksonville for at least a week — with no fans and social-distancing rules in place.

Judges and broadcasters were separated. Fighters, trainers, referees, judges, UFC staff and even outside media had to undergo COVID-19 testing to get inside Veterans Memorial Arena.

But not everyone followed the rules. White mingled and bumped fists with nearly every fighter during official weigh-ins held inside a hotel ballroom Friday.

Souza arrived wearing gloves and a mask while he awaited his test results. But he had alerted UFC officials that a family member in Orlando, where he was testing, might have tested positive for the coronavirus. His opponent, Hall, wore a mask and kept his distance. White stood between them without a mask. 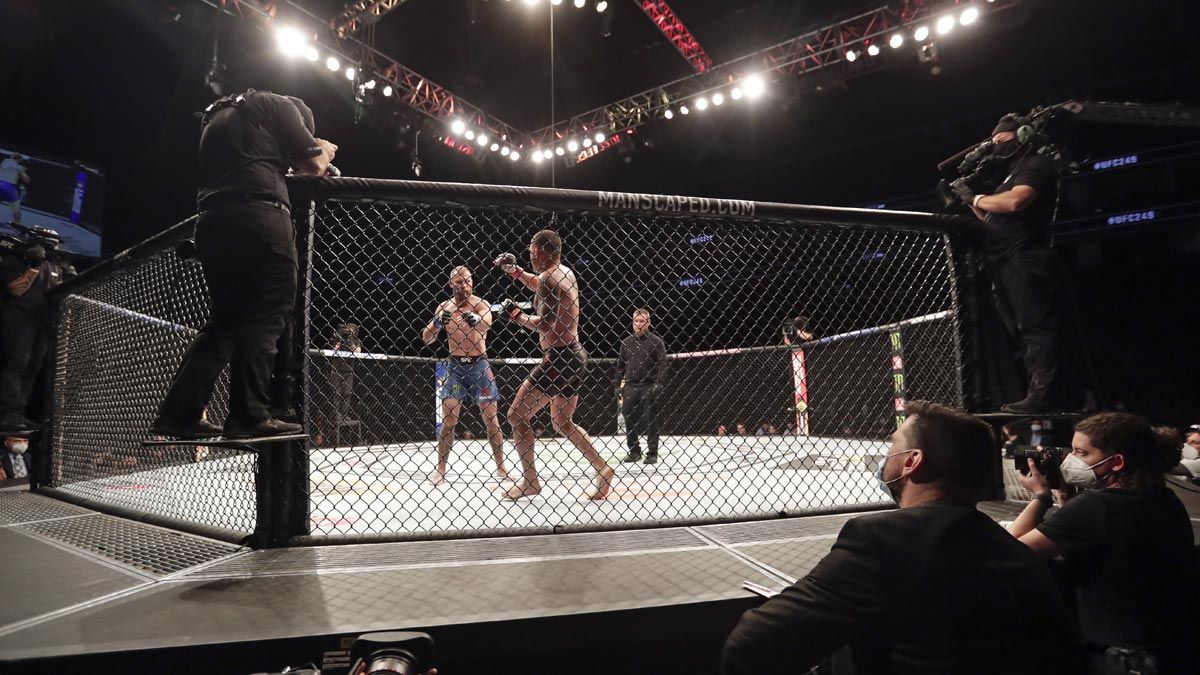 Many of those in attendance Saturday wore masks and gloves, although several were seemingly exempt from the mandate. Referees, ring announcer Bruce Buffer, other officials inside the octagon and the ring girl were unmasked.

The cage floor was disinfected between bouts, and the padded parts of the octagon were wiped down between rounds.

Without fans, sounds that usually would be muted or completely drowned out filled the empty arena. Every kick, punch, grunt and step inside the octagon echoed. Commentators and camera clicks could be heard across the way. Coaching tips and exchanges were prevalent, often R-rated and even comical at times.

"I don't like people anyway," said Ryan "Superman" Spann, who got a victory in the opening bout. "It's fine. It was nothing. The world is my audience."