Why Folayang, Eustaquio are predicting Stamp to win vs Phogat

They also chose the same winner when asked to predict the match's outcome.

The Team Lakay stars favor Stamp Fairtex in the final against Ritu "The Indian Tigress" Phogat at ONE: WINTER WARRIORS this Friday, 3 December, from the Singapore Indoor Stadium.

For Eustaquio, the two-time ONE Flyweight World Champion, he's taking Stamp as the winner mainly because he's already seen the #2-ranked atomweight with a 7-1 MMA record deal with a strong grappler admirably when the Thai striker defeated Julie Mezabarba.

"It all boils down to the preparation of the fighters. It will favor the one who can put the match into their respective expertise," Eustaquio said.

"I think Stamp will win the Grand Prix. Power-wise, I feel like she's stronger than Ritu, and she's been tested against a female wrestler the last time she competed." 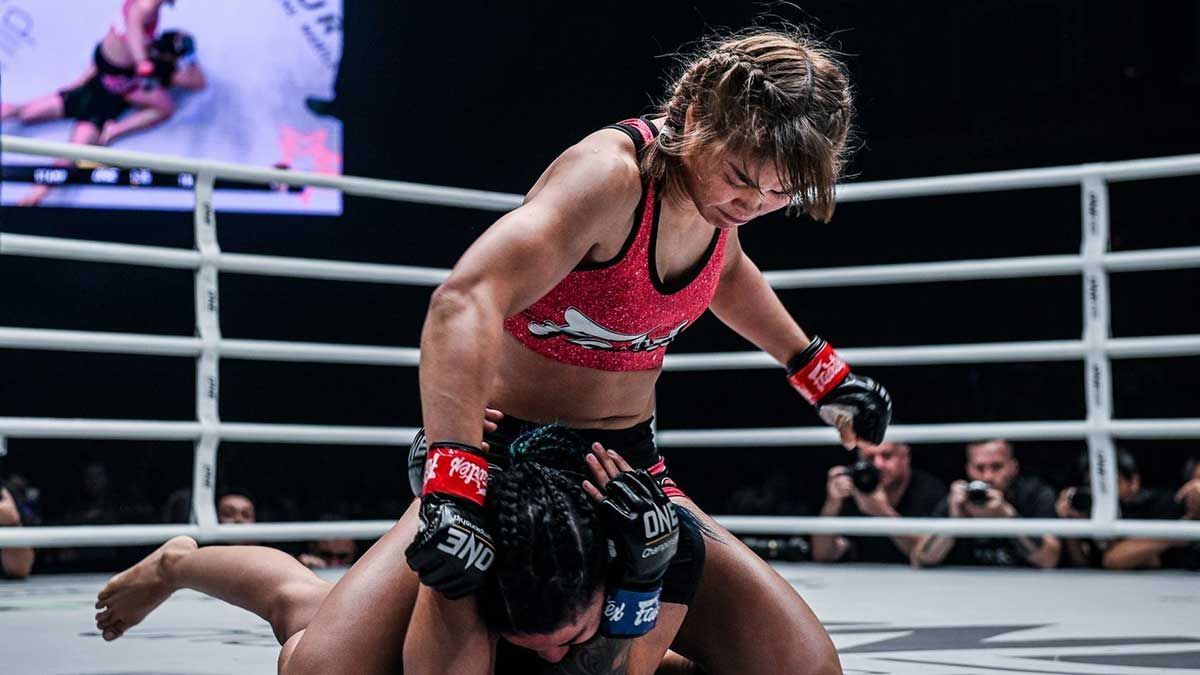 On the other hand, Folayang, the former ONE Lightweight World Champion initially called it even but expressed that whoever imposes their strength will ultimately win the match. Interestingly, their strengths are in different disciplines, evident of the path they treaded before switching to MMA.

Phogat, the fourth-ranked atomweight with an identical 7-1 record, has a fantastic wrestling pedigree. She won numerous medals for India and nearly represented her country during the 2020 Tokyo Olympics.

Meanwhile, Stamp is one of the best pound-for-pound strikers in the organization, having held both the ONE Women's Atomweight Muay Thai and Kickboxing World Titles simultaneously.

That's why one can't fault the 38-year-old legend Folayang for having a hard time predicting.

"I believe it could go either way. If Phogat can control Stamp on the ground through her takedowns, she'll take it, but if she fails to get it there and it stays on the feet, it will be Stamp's game for sure," Folayang said.

Pushed to make a prediction, though, Folayang is siding with Stamp mainly because of her big match experience.

"Based on experience, I would take Stamp," he said.

Catch ONE: WINTER WARRIORS live on One Sports or One Sports+ at 8:30 p.m. Philippine Standard Time (PHT) on Friday, 3 December.

It will also air simultaneously on ONE's YouTube channel and the ONE Super App.