The Team Lakay coach said it was a much different approach than he expected.

The bout ended quick, with Pacio retaining his One Championship strawweight title with a first-round knockout.

“I was expecting Saruta to use his footwork, go in and out and frustrate Joshua, like he did in the first match,” Sangiao said.

“Luckily, and I’m saying luckily because I didn’t expect this, he went toe-to-toe with Joshua. He was within close distance and exchanging with Joshua, and we all know that’s our bread and butter here at Team Lakay.”

Sangiao believes Saruta should have gotten the hint that he was in deep water when Pacio countered one of his low leg kicks and dropped him. Instead, he went with the same old tactics and the Filipino fighter didn’t let him off the hook the second time around.

“Saruta’s punches were all coming from the outside, so Joshua saw them easily and countered them easily, and that’s the time Joshua figured it out,” Sangiao said. 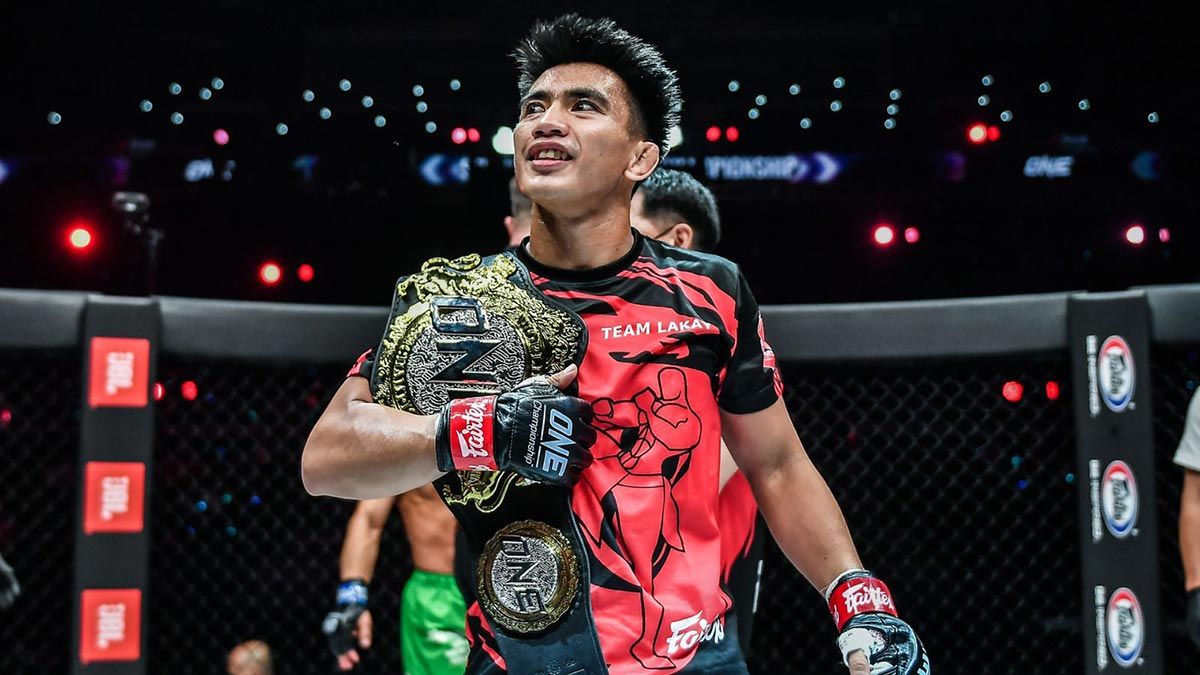 “Joshua caught him early on in the match, the second time it happened. Joshua’s counters were stronger, he was able to follow up and finish him off.”

Pacio had a long layoff, due partly to a battle with COVID-19, but Sangiao said he had no doubt his fighter would be in top form for the bout against Saruta.

“We all saw that Joshua didn’t look rusty at all. I don’t know how Joshua could have had ring rust. He was in the gym literally every day. He was sparring every day,” Sangiao said.

“He was motivated, he was really fired up during training. He was willing to learn, he was trying to improve his weaknesses, and that’s what makes Joshua great.”