Dy threw rocked his Japanese opponent with a big left that forced the referee to step in to stop the fight. The Filipino fighter immediately celebrated, climbing the top of the octagon as the crowd cheered on the first knockout of the night.

It was Matsushimi’s first loss in his MMA career.

“This fight is almost impossible (to win). This guy, 6-0 all via knockout but because of the Lord Jesus Christ, I won,” Dy added.

The main event also didn’t go the distance, with Zebastian Kadestam retained the PXC welterweight crown with a TKO victory over Glenn Sparv that took just 11 seconds to finish.

Kadestam didn’t hide his willingness to move up to the next level following the impressive win.

Continue reading below ↓
Recommended Videos
Adam Cacay defeated Swedish fighter Anton Larsson via unanimous decision while Aydin Mrouki of Australia won over Glen Renillo in the same dominant fashion.
Team Lakay’s Stephen Loman dominated Ernie Braca in a unanimous decision win even after suffering a cut in his forehead during the third round.
On the other hand, Rilley Dutro of Hawaii beat Jon Cris Corton of the Philippines in another unanimous victory while Rex De Lara fashioned out a similar unanimous decision win over Darwin Sagurit. 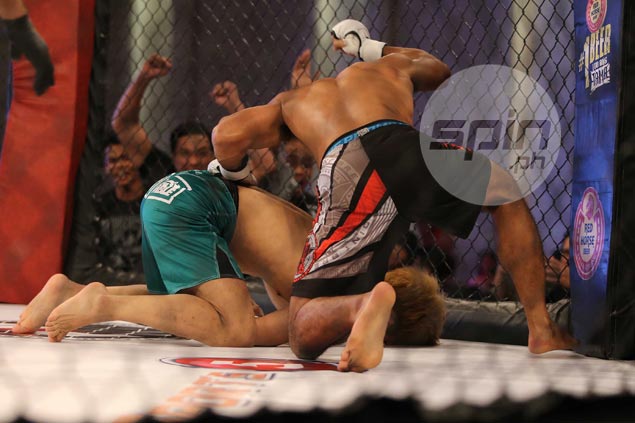