Former strawweight champion Rose Namajunas also avenged her loss to Jéssica Andrade with a split-decision victory over Andrade in their rematch on Yas Island, the UAE tourist destination turned into a secure bubble by the UFC this month during the coronavius pandemic.

Featherweight champion Alexander Volkanovski and welterweight champ Kamaru Usman also were scheduled to defend their belts on the UFC's so-called “Fight Island” in Abu Dhabi. The mixed martial arts promotion will host four shows this month at the arena, with more expected in the upcoming months. 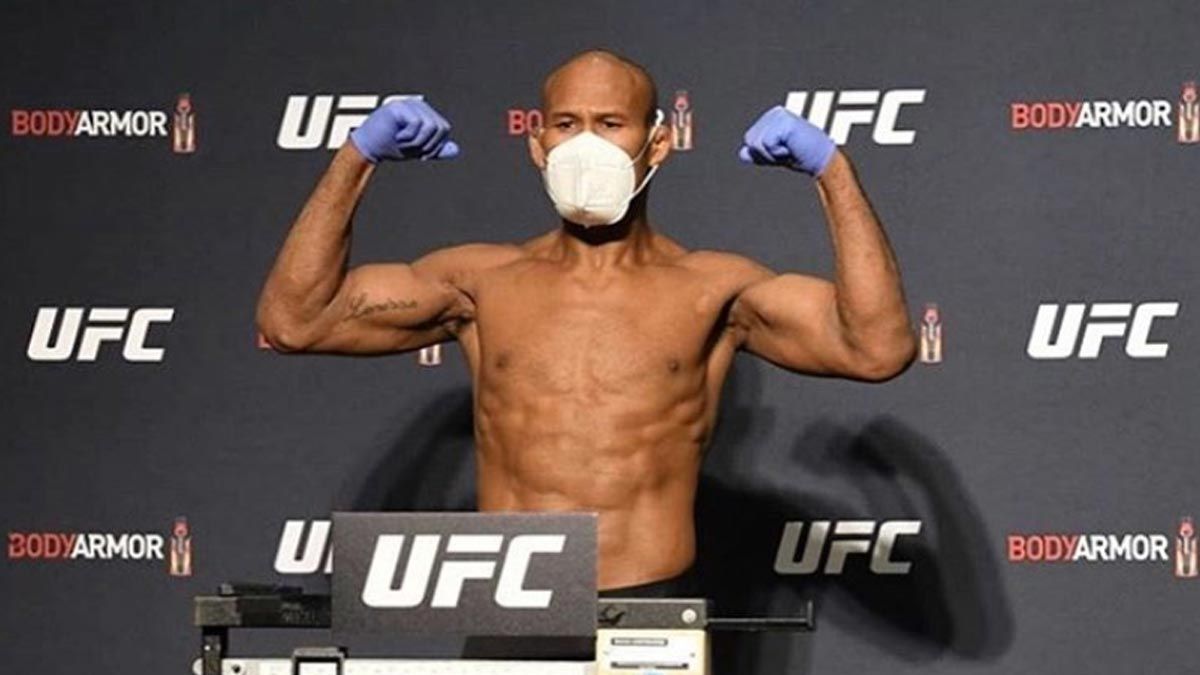 Three title belts were on the line on the same card for only the sixth time in UFC history, and Yan (15-1) claimed the first one by persevering for a beating of Aldo (28-7), the former featherweight champion dethroned by Conor McGregor in 2015.

Yan weathered an inspired start by Aldo, and eventually established his dominance with superior striking. After Yan battered a bloody Aldo into a turtled position on the canvas in the fifth round, referee Leon Roberts allowed the fight to continue for an alarming amount of time before stopping it with 1:36 left.

“I expected it to be a hard fight,” Yan said through an interpreter. "That was our plan, to get him tired early on, and then in the third round, start attacking.”

Aldo has lost three straight fights and six of his last nine, but he caused problems for Yan early on until the younger Russian took over.

UFC 251 began well before dawn Sunday morning in Abu Dhabi to meet the time demands of the lucrative North American pay-per-view audience. The sun rose behind the temporary air-conditioned arena as the card progressed.

Namajunas (9-4) returned from a 14-month break since Andrade (20-8) claimed her title with an upset victory, surprising the champ with a body slam after Namajunas dominated the early fight.

Namajunas never allowed an opportunity for Andrade to finish her in the rematch, dominating the first two rounds with her slick striking and fluid movement. Andrade rallied in the third and badly damaged Namajunas' nose and left eye, but Namajunas won 29-28 on two judges' scorecards.

“I was just in the right state of mind,” Namajunas said. “That's everything. Early on in the fight, I was doing great. Then I think she hit the desperation button and started really unloading. She caught me a couple of times, but I just stayed strong.”

If her nose heals up quickly, Namajunas could get the next title shot at Zhang Weili, who took the belt from Andrade late last year.

Brazilian flyweight Amanda Ribas kicked off the pay-per-view card with a first-round armbar submission victory over Paige VanZant. Ribas (10-1) improved to 4-0 in the UFC with a swift dismantling of the popular VanZant (8-5), whose UFC contract is up after four losses in her last six bouts.

Jiri Procházka wrapped up the non-PPV undercard with a spectacular knockout of former light heavyweight title contender Volkan Oezdemir in the opening minute of the second round.

Procházka (27-3-1) is a Czech veteran who has fought mostly in Japan for the past five years, and he was impressive in his hyped UFC debut. Procházka lowered his hands, stuck out his chin and boldly dared Oezdemir to hit him in the first round, and he ended the fight with a head kick followed by a punch that rendered his Swiss opponent unconscious.