ONE doesn't need to look far to know what motivates Eugene Toquero to win his upcoming ONE FC fight against Gianni Subba of Malaysia on May 2 at the Mall of Asia Arena.

Mixed martial arts is his means of living.

Apart from the fight purse, the 32-year-old Cebuano also earns from being a trainer to no less than celebrities at the Ultimate Fitness gym owned by Philippine MMA icon Erwin Tagle, among others.

That's why he doesn't want to let his high-profile clients down.

Toquero was at the “office” in Metrowalk, Pasig on Wednesday afternoon where he showed his wares in an open workout along with compatriots Eduard Folayang and Jujeath Nagaowa, who will also see action in ONE FC: Rise of Heroes next month.

Eigenmann, one of his clients, was also there and attested to how Toquero is a hands-on trainer. 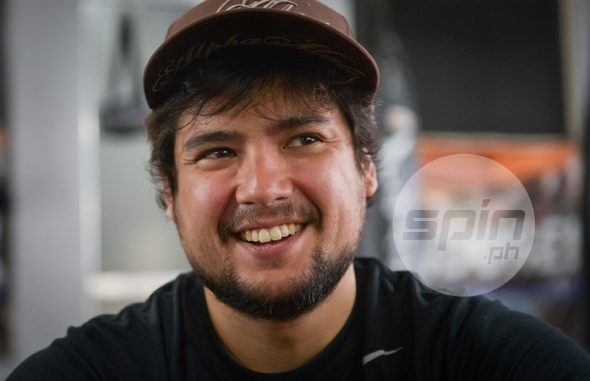 “Basically as a coach and a leader, very tutok, lahat talaga pinapanood niya,” the actor said in a chat with Spin.ph. “If there are details na, like ako, kailangan kong malaman, 'yung lahat ng alam niya tinuturo talaga niya sa akin, the smallest details on how to execute a move.”

Eigenmann is also a big fan of Toquero the fighter.

“Magaling talaga si Eugene. Definitely one of the most exciting," Eigenmann said, adding he has been following the career of Toquero since the Pacific X-Treme Combat days when the explosive fighter went undefeated in four matches.

And no matter what happens, Eigenmann assured of his support to Toquero, who is aiming to make a breakthrough victory in ONE FC against an unbeaten Malaysian rising star.