Holloway eyes McGregor rematch: 'I’m going to make him question if he wants to be a man'

IT’S been three years since the last time he lost, yet Max Holloway is still eager to prove it was a fluke.

And it wasn’t against any other foe, but someone who has emerged as the biggest name in mixed martial arts today.

The 24-year-old MMA star is looking to avenge his defeat at the hands of Conor McGregor in 2013, a rare unanimous-decision win for the latter.

“He (McGregor) was injured: that’s the excuse he and his fans like to use,” Holloway said in a chat with media after his open workout at SM Megamall to promote UFC Fight Night Manila next month.

“That’s why he couldn’t finish me this and that,” added the Hawaiian, only the first of two men whom McGregor failed to finish via knockout or submission--the other being Nate Diaz.

While McGregor was on his path to superstardom when he survived Holloway, the latter started to tread his own impressive trail quietly, having won his last nine fights, although without title implications.

“All I know is his coach keeps talking about how besides his fighter, I’m the best guy in the division,” Holloway, the third-ranked featherweight, said, referring to one of the trainers of McGregor, who has moved on from Holloway and chosen to fight big-name fighters instead.

“But they know and they’re being real that I can’t get McGregor, they want to see him fight (Jose) Aldo, so he just needs to stop thinking whatever’s in his mind. It’s been all over the place lately, but let’s just see what happens.”

If another McGregor battle materializes, Holloway will seize the opportunity. 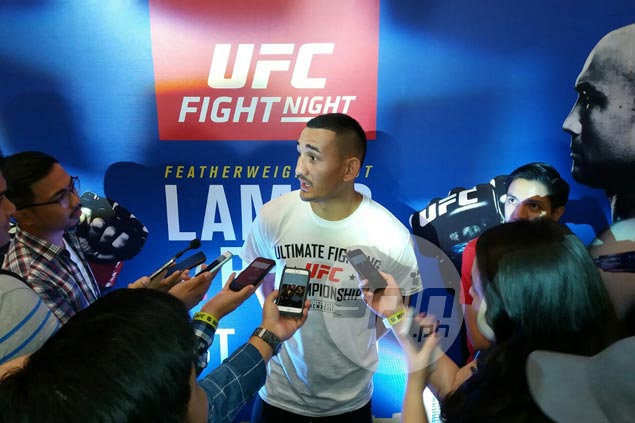