IN a cutthroat sport like mixed martial arts, rare are the times that fighters get a storybook ending to their careers.

Yet Mark Munoz did.

Fighting for the first time in the Philippines, the Fil-Am fighter called it a career after beating Luke Barnatt via unanimous decision at UFC Fight Night: Edgar vs. Faber back in 2015.

Munoz still has fond memories of that curtain call at Mall of Asia Arena, an event headlined by featherweight contenders Frankie Edgar and Urijah Faber.

"I would cherish that night forever," he told The Hit List vodcast. "Even when I came to the Philippines early and I visited my family, I still have four generations of my family still there and it was so cool to see my whole family and just to have the support there from everybody. It was amazing."

It was a heartwarming end to what has been a roller-coaster eight-year professional career for the "Filipino Wrecking Machine," and what better way for him not only to snap a three-fight losing run but also hang his gloves for good in front of his compatriots. 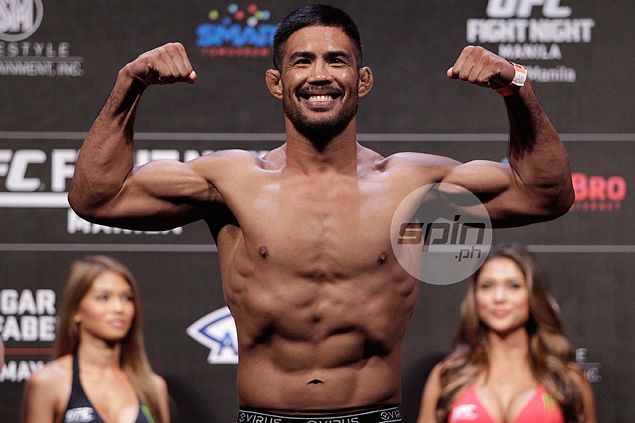 "For me, I just felt the love," he said. "When I walked in, I heard just people cheering. And as I was walking out, I slapped somebody’s hand and I started crying. For me to be able to have that impact on people because they love the sport I love and I’m able to do it in a high level, it made me just wanna give."

Munoz ended his MMA career with a 14-6 win-loss record and has since served as an ambassador and a trainer.

Echoing his message at the end of that fight, the 42-year-old said that the desire to help Filipino fighters remains up to this day.

"I told everybody that I wanna go back to the Philippines and I wanna help in any way I can, and so right now I’m actually building a website that people could access from all around the world. It’s a wrestling website and I have the best people on there and then, I have my wrestling room where you could have the capability of getting on there and learning from me and if someone wants to bring me for a seminar out there, I’ll come in a heartbeat," he said.

"I'd love to go back to the Philippines and help my kababayan, just be able to support and help everybody I can."