LITO Adiwang is working on mental conditioning aside from the injury recovery after suffering a torn ACL three months ago.

The 29-year-old Adiwang injured the knee in an all-Filipino strawweight fight against Jeremy Miado in March and said the result has kept him up at night.

He could not get through the second round of the bout on the One X card in Singapore and now faces a long layoff.

“I was definitely at a loss. It was a big event. I visualized all the positive things, that I could win and challenge another top-five contender. That’s the first thing I had to overcome. Then second, the reality slowly creeped in, that I’m going to be out for quite some time now,” Adiwang said.

“Of course, the physical pain is there, it still hurts. But what hurts the most is losing that fight. I was actually hoping to get a knockout to get the performance bonus. That was one of my goals. Put on a great show, get the win and the bonus, but unfortunately it didn’t happen.”

“It’s difficult. Mentally it will really play in your head. For now I have to be mentally strong. It’s like it all came crashing down on me. I lost the bout, it’s the first consecutive loss of my career,” Adiwang said.

“Then, of course, the injury. I’ll be out for a long time. Lastly, I disappointed a lot of fans. So yeah, you combine that all, that’s the burden I have.” 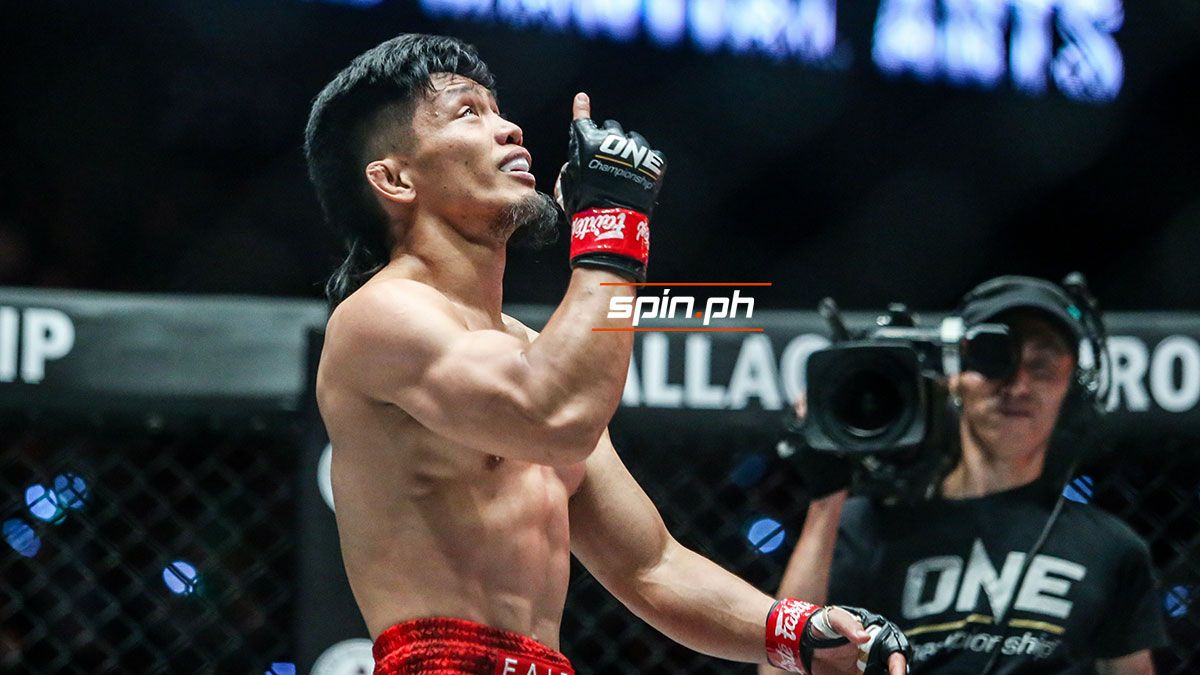 Adiwang thanks Team Lakay for the support and One Championship for helping with the surgery costs.

“It’s really crucial to have great people in your circle. Having real friends, like Team Lakay, they never really left me hanging. They are always there to support me, they are always quick to cheer me up and remind me that I can recover, and that this year will just go by fast,” he said.

“I’m blessed that I’m with One because they know how to take care of their athletes.”