Why Pacio won't consciously look for KO vs Saruta in trilogy

CONFIDENCE will be key for reigning ONE Strawweight World Champion Joshua “The Passion” Pacio as he looks to stamp his dominance in his division.

To do that, the Filipino hopes to end his trilogy with Yosuke “The Ninja” Saruta on top when they square off for the third time in the co-main event of ONE: REVOLUTION on 24 September.

“I’ve always wanted this fight because I think this is where we’re headed anyway,” Pacio said ahead of his World Title defense.

“One way or another we have to finish this trilogy because he’s also the number one contender. We might as well make it happen because I know he’ll be in this position for a long time. He deserves it.” 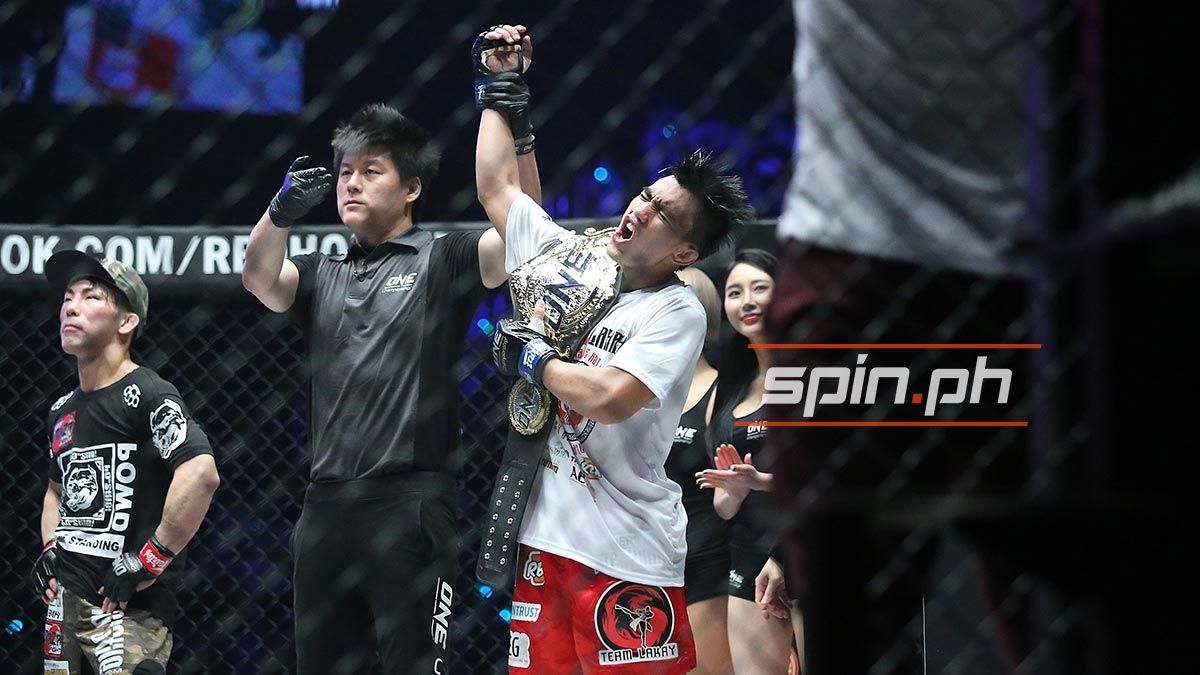 Having shared nine rounds together in the past, the Team Lakay star knows that they won’t be pulling off match-changing surprises anymore given their familiarity with each other.

For Pacio, the most important thing is not to surprise his opponent, but for him to be more confident and decisive in what he wants to do inside the Circle.

The 25-year-old said that confidence was his main issue in their first bout, and as Saruta looks to drown him in deep waters once more, Pacio knows that it’s going to come down to how decisive he is.

“We know each other well. We faced each other twice, and for me I’m more confident. I’m different now. Wherever this match goes, whether it be a wrestling match, a match contested on the ground or on the feet, I'm confident,” Pacio said.

“I can say what I truly have now is confidence, especially if you look back on the first fight. I wasn’t that confident back then. I don’t think the same can be said now.”

That decisiveness led to him winning their rematch with a well-placed knee to the head, though he doesn’t expect it to come any easier this time.

“A lot of people have been telling me that I should go for the knockout like in the rematch, but if you keep on looking for that, that’s dangerous. There’s a chance that it’s you who gets knocked out,” Pacio said.

“For as long as I execute my game plan, whether it’s via decision, submission, or knockout, I’ll take it.”

ONE Championship returns with ONE: REVOLUTION on 24 September. Catch all the action live and for free by downloading the ONE Super App.