AFTER a blazing 2016, the year that came after turned out to be a rough one for Philippine mixed martial arts (MMA).

Sure there were highs, but the lows were definitely hard to take as the local fighters failed to duplicate what was an amazing 2016, highlighted by the rise of Team Lakay and several entries of local fighters in the UFC.

In this list, SPIN.ph relives the key moments for Philippine MMA this year. 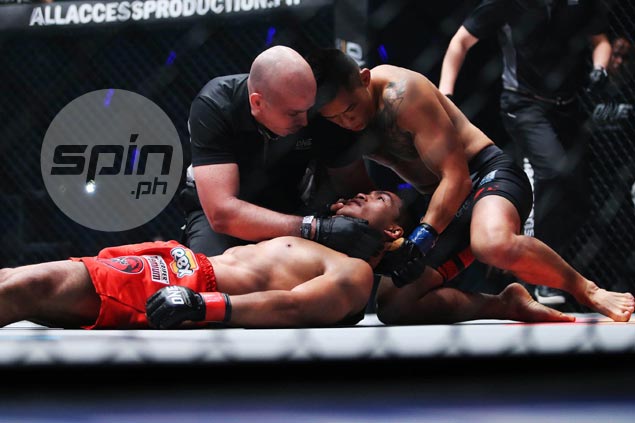 This has to be the biggest MMA story of the year.

The Philippines lost its lone MMA world champion after local hero Eduard Folayang suffered a devastating knockout loss at the hands of Martin Nguyen in November at the Mall of Asia Arena, just a day before marking the first anniversary of his groundbreaking win over lightweight legend Shinya Aoki.

Folayang defended his belt successfully last April against EV Ting and looked poised to defend it against featherweight titlist Nguyen. But the MOA Arena crowd was silenced as Folayang got caught by a devastating right hook, sending him unconscious for a few scary moments.

On the same card, another Team Lakay fighter fell short in another world title bid as Danny Kingad got thoroughly outclassed by flyweight world champion Adriano Moraes, with the champ submitting the challenger via rear naked choke with seconds left in the first round.

HIGH: Kevin Belingon makes his case for another world title 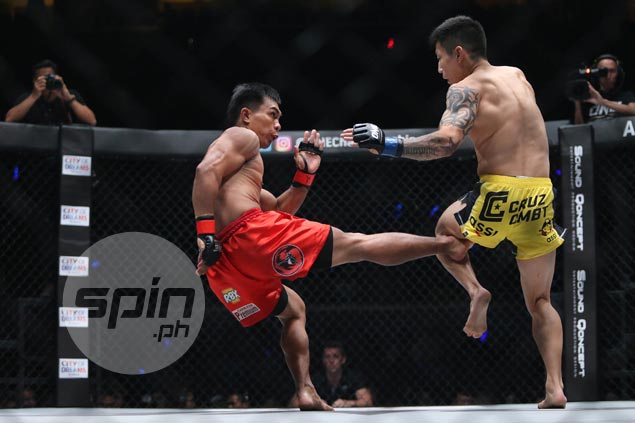 While his ‘kuya’ in Folayang made the headlines after that tough loss to Nguyen, Belingon has quietly made his case for another shot at ONE bantamweight legend Bibiano Fernandes.

After losing to Fernandes in January of 2016, the Silencer has racked up four straight wins, including three in 2017 all against top notch opponents.

He demolished Finnish submission machine Toni Tauru in the first round of their bout last April, before needing just over a minute to take out former number one contender Reese McLaren in their bout in August.

Belingon wrapped up a busy year with a dominant unanimous decision victory over the trashtalking Kevin Chung in Manila.

At the start of the year, CJ de Tomas was living his dream. At age 21, De Tomas realized his dream of making it to the UFC. He lost both of his fights in the world’s biggest MMA organization and being a young fighter with so much room for growth, there’s really no need to worry granted that he has all the time to improve.

What’s worrisome is what happened before and after those fights.

He was then given a chance to make up for it against Alex Perez but ‘The Golden Boy’ once again went over the weight limit by more than 10 percent of their allowed weight, with Perez agreeing to take the fight to bantamweight as well.

He lost that fight via submission in the second round and on the year-end report of USADA last December 31, the organization flagged de Tomas for a potential Anti-Doping Policy violation from his in-competition sample.

De Tomas had already been cut by the UFC.

To say that Filipinos had it rough in the UFC is a terrible understatement. Before Rolando Dy took on Mongolian fighter Wuliji Buren in China, the Filipinos had a combined record of 0-6 in the UFC for the year, with de Tomas and Jennel Lausa dropping both of their fights for the year.

Thankfully, the son of the boxing great Rolando Navarrete was given one more shot and he made sure not to put it to waste.

Dy controlled the fight on the feet, keeping Buren at bay with his leg kicks and his jabs en route to a convincing unanimous decision victory in the undercard of the Michael Bisping – Kevin Gastelum bannered event.

For the tumultuous year the Philippines had in the UFC, at least Dy found a way to end it with a bang.