EDUARD Folayang’s rise has inevitably drawn comparisons with Manny Pacquiao. And although the soft-spoken but hard-hitting fighter continues to wave them off, the parallels have become more striking in the wake of a split decision loss suffered by Folayang that was deemed as questionable as the Pacman’s recent defeat to Tim Bradley.

The Baguio native's loss to 34-year-old Fil-Danish fighter Ole Laursen in One Fighting Championship 3 – War of the Lions, drew a chorus of boos from the crowd at Singapore Indoor Stadium just last March, and he is raring to get back on track when he sees action in One FC: Pride of a Nation on August 31 at the Smart Araneta Coliseum. 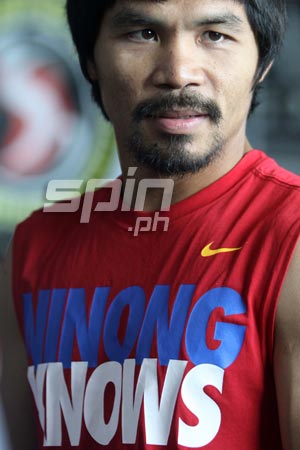 “The next Manny Pacquiao will come from MMA, and that’s him right there,” said Universal Reality Combat Championship boss Alvin Aguilar, pointing at Folayang.

There was a bit of a slip of the tongue when Folayang mentioned Pacquiao while addressing the media: “In boxing we have Manny… we have MMA,” he said, to the delight of the crowd at the Discovery Suites in Ortigas.

However, he tried to dismiss comparisons right after the event.

The transition to MMA was quick for Folayang, who won his debut in 2007 and went on to clinch titles in various MMA outfits.

Folayang carried a six-match win streak into the ring against Larsen but the latter managed to eke out a win and hand the Filipino only his second loss in 13 bouts.

One FC has yet to pick a fighter to pit against Folayang, but the gritty Baguio City natie says he will be ready to fight anyone.