ZHANG “The Warrior” Lipeng expects a tough grind when he makes his ONE Championship debut this Friday.

The Chinese mixed martial arts icon goes toe-to-toe with former ONE Lightweight World Champion Eduard “Landslide” Folayang in the main event of the previously recorded ONE: BATTLEGROUND II, which airs on 13 August from the Singapore Indoor Stadium.

Zhang has made a name for himself in China after winning 21 of his previous 24 bouts, and he wants nothing less than a big win in his debut, which he could get in the form of Folayang, the beloved Filipino mixed martial arts icon.

“Folayang is a fighter with excellent stand-up techniques. Because he used to practice wushu sanda, every punch and every kick he throws is hefty. To fight him, I have to be ready at all times,” Zhang told ONEFC.com.

“Folayang’s stand-up skills are very good. I saw he knocked out many people when I watched his [competitions]. But [he also has] ground skills. After someone took him down, he could get up very fast. He also did an outstanding job on some of the ground control movements.” 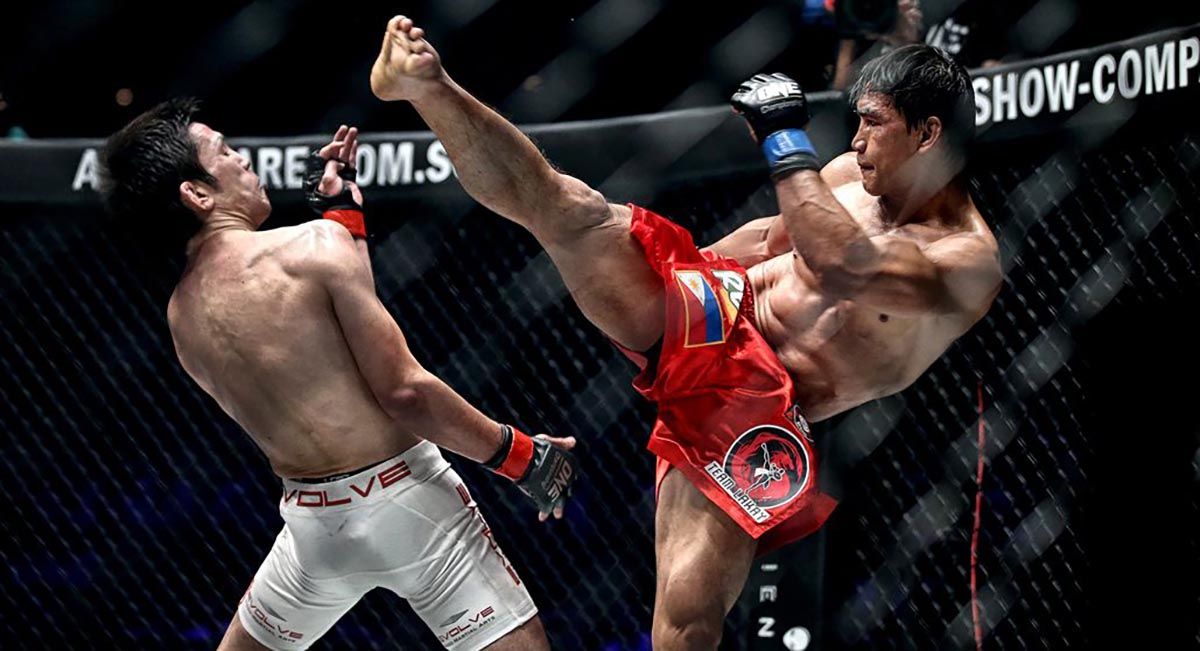 While he respects Folayang’s capabilities on the feet, he has seen the Team Lakay star’s weaknesses, and it just so happens that it falls right into his strengths.

Folayang has a history of losing when the match hits the ground, while Zhang has 13 submission wins to his name.

It’s something he plans to exploit come fight night.

“Folayang’s weakness is his ground skill, such as his Brazilian Jiu-Jitsu, which is not so outstanding compared with his other skills,” Zhang said.

“Ground skill is one of my strengths, so it may be the crucial point of this match. In his past five [losses], he was submitted by his opponents in three of them. But in four of my last five wins, I submitted my opponents.

“Therefore, I would say this may be a key point of this match. I might try to take him down to win it.”

Wherever this match ends up, Zhang expects it to be a thriller for the fans, especially because of their aggressive styles.

At the end of the day though, he knows what this match means to him and his goal in making it big in ONE Championship, so expect him to go all out.

“I’m going to have a great match against Folayang. He always fights aggressively with heavy punches and heavy kicks. My style is pretty [aggressive] as well, so it will be an exciting fight and we will give our best to the fans of ONE Championship,” Zhang said.

“I want to prove myself in ONE through my debut fight, and prove my skills and strength. This is the start of my challenge for the ONE Lightweight World Title belt.”

ONE returns to action with the previously recorded ONE: BATTLEGROUND II this Friday, 13 August, when Eduard “Landslide” Folayang takes on Zhang “The Warrior” Lipeng in the main event.

ONE Sports and ONE Sports+ will cut to the broadcast at 9 p.m. Philippine Standard Time (PHT) on Friday, 13 August. Download the ONE Super App for more info.