THE last time Eduard Folayang left the Mall of Asia Arena as a competitor, he was in a world of pain - and his mixed martial arts career in a cloud of doubt.

Flattened by a brutal flying knee and soccer kick finish from Timofey Nastyukhin roughly two-and-a-half years ago, Folayang found himself at the crossroads of his fighting career and he admitted doubting himself more than once the whole time.

But it will take more than one brutal knockout to put down the pride of Baguio City, who overcame adversity to become one of the most heralded Filipino MMA fighters.

So there will inevitably be a sense of pride and redemption the next time Folayang steps on the same MOA Arena canvas where he was vanquished just years ago - this time as the ONE lightweight world champion.

"It's good to be back. Mahaba yung paahon na wala ako sa paglalaro sa Pilipinas," Folayang said, having fought his last three bouts in Malaysia, China and Singapore, where he wrested the ONE lightweight title by stopping Japanese MMA legend Shinya Aoki.

"Spectator lang ako in those events that they held in the Philippines, but now, I came back not as a co-main event but the main event itself. It feels good and it brings a lot of motivation for me especially for this upcoming fight," he added. 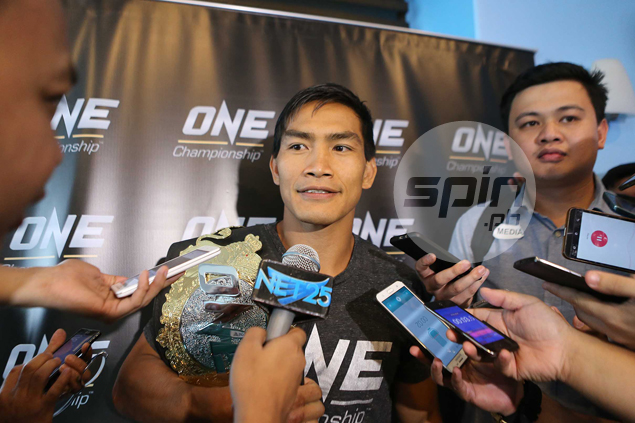 For a change, Folayang will also be coming in no longer the underdog when he makes his title defense before his adoring countrymen against dangerous Malaysian-Kiwi challenger in EV Ting on April 21.

Folayang has lost a number of times, been beaten, knocked out and outclassed. He has been put in situations where most men would have easily walked away.

Adversity has made him stronger; so is his vast experience.

The 32-year-old wushu practitioner, however, is not taking Ting lightly, careful not to repeat the same mistakes of favored fighters he had brought crashing back to earth in the past. 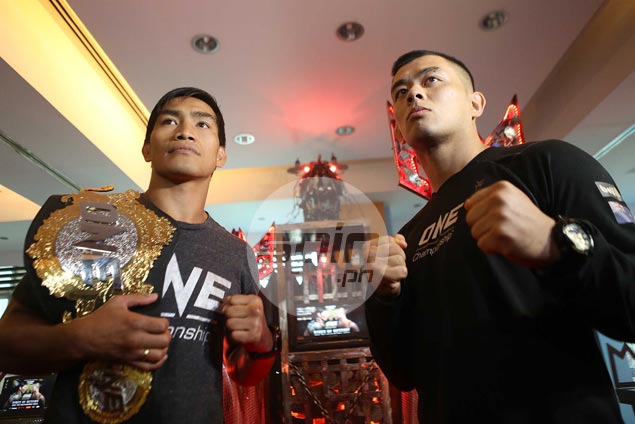