SINGAPORE – Eduard Folayang doesn’t mind playing the spoilers’ role in his fight against Australian Muay Thai legend John Wayne Parr on Saturday in ONE X at the Singapore Indoor Stadium.

Folayang is facing Parr in a Wushu vs. Muay Thai legends fight that will be part of the 10th anniversary card of the mixed martial arts promotion.

The former ONE Championship lightweight titleholder said he will be going all out for the victory in the ONE Super Series clash even though the bout is being labeled as the retirement bout of Parr, a 10-time world muay thai champion.

“This is martial arts,” said the 37-year-old Folayang. “At the end of the day, we are facing each other. We see each other as hindrances in our way. For me, we will just put it on in the ring.”

Bouts in the ONE Super Series will be held under Muay Thai and kickboxing rules, and Folayang aims to become the first Filipino mixed martial artist to win in the discipline-specific competition.

Folayang also looks to get back on the winning track after losing the last four bouts in the ONE Championship circuit.

“I’m so grateful to Eduard. I still remember our very first event. No one heard about us. No one knew us. We did pack the stadium. To watch Eduard headline, I’m forever grateful,” said Sityodtong. 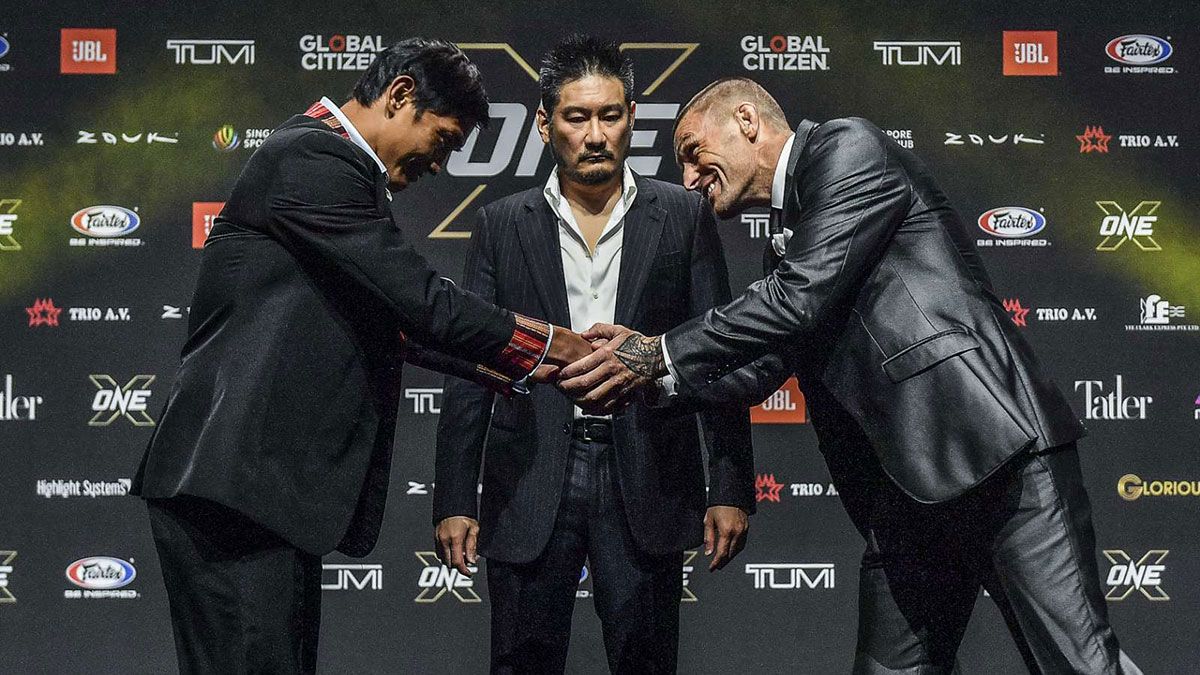 “I think that is also a testament to his legendary status. Why he is a legend. He has competed the highest level of the world for a decade. He set immediately to fighting in our ONE Super Series rules set against a legend like John Wayne Parr, who has 149 fights, that’s a tall order for anybody.

“You look at Eduard, he never, ever turned down a fight ever. He’s never chosen opponents. He is true warrior. A true legend. We had to have Eduard on the card,” said Sityodtong.

Folayang said he is happy to be part of the 10th anniversary card, supposed to be held last year but was pushed back due to the COVID-19 pandemic. Folayang headlined the first-ever ONE Championship event where he won over A Sol Kwon.

“I’m so happy that Chatri had included me. It has been a long journey. The excitement and the experience that I feel, how ONE Championship really put their works to achieve their vision, I’m so happy to be part of it,” said Folayang.