Denice Zamboanga cherishing Christmas break at home after 2 years away

AFTER close to two years making a name for herself overseas, Denice Zamboanga is coming home.

It's a much-needed reset for the no. 1-ranked women's atomweight contender as she finally gets a chance to celebrate the holidays with her family.

"I’ll be home in December. All three of us, kuya Drex, Fritz [Biagtan], we’ll be flying back to the Philippines to spend Christmas there. I think it’s time," she said.

"I just want to reset and re-energize myself. It’s been so long and I miss my family back home. I miss my mom’s home-cooked meals, all the street food, and all my friends. My older sister is going home, too, so it’s going to be a family reunion." 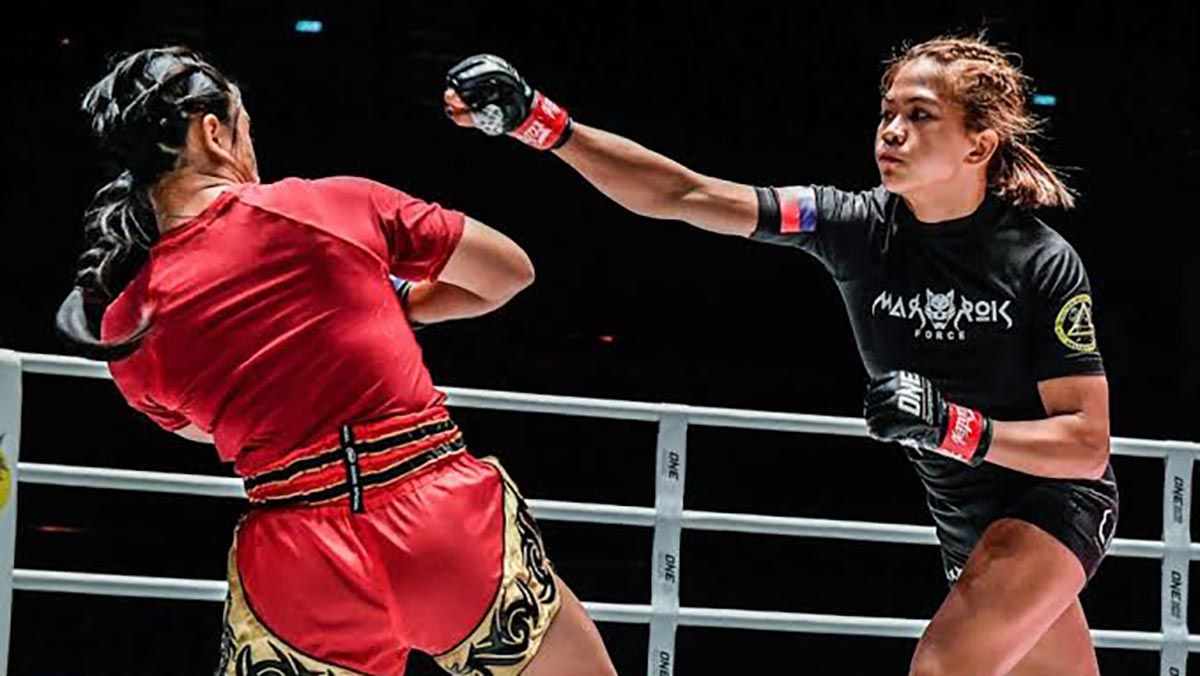 Zamboanga, also known as the Lycan Queen, has been based in Thailand for the better part of the past two years, moving there in March 2020 just before the global COVID-19 pandemic hit to continue pursuing her sport.

There, she has continued to train with some of the best athletes led by her close friend Stamp at the Fairtex Training Center in Pattaya before transferring to the Marrok Force MMA Gym in Bangkok.

And Zamboanga has also been on a tear inside the ONE Circle, toppling Mei Yamaguchi and Watsapinya Kaewkhong, before suffering a controversial split decision loss to Seo Hee Ham in the quarterfinals of the ONE Women's Atomweight World Grand Prix.

She bared that she was actually scheduled to fight Alyona Rassohyna on Dec. 3 for ONE: Winter Warriors before the fight was pulled out after her Ukrainian foe declined the fight.

Still, she insisted that she wanted the fight to happen as she has been raring to get back to action since that loss.

"I agreed to that fight and was getting ready for it, even if I only had a couple of weeks to really prepare for it,” Zamboanga said. "Honestly, I just wanted to fight again, so that I could get another one in before Christmas. Another win would have been great. But I think Rassohyna turned the fight down. I’m fully recovered from the injuries I incurred during the Seo Hee Ham fight, so I’m cleared to compete."

Nonetheless, Zamboanga is just looking forward to this breather, taking the short break before returning to the grind come 2022 where she aims to finally earn her title shot against the reigning ONE Women’s Atomweight World Champion Angela Lee.