BRANDON Vera gets what he wished for as he takes on Aung La N Sang for the ONE light heavyweight title in ONE: Century in Tokyo, Japan on October 13.

The Filipino-American Vera, the reigning heavyweight champion, aims to become a two-division titleholder as he faces “The Burmese Python” in the co-main event of the 100th show of Asia’s premier MMA organization.

Vera made a decision to challenge Aung La earlier this year, so he sought the permission of ONE Championship Chairman and CEO Chatri Sityodtong.

Aung La defended his title against Ken Hasegawa at ONE: A New Era last March. Vera congratulated him on his win before humbly and respectfully challenging the Burmese fighter for the light heavyweight title.

“I wasn’t very comfortable doing that inside the cage. It was Aung La N Sang‘s time to shine, but I’ve been wanting to become a double titleholder – a champ-champ – and I’ve always wanted to challenge for the ONE Light Heavyweight World Title,” said Vera.

“I just happened to be in Tokyo, the next event I wanted to compete on is in Tokyo, and I think it would be a beautiful main event or co-main event.” 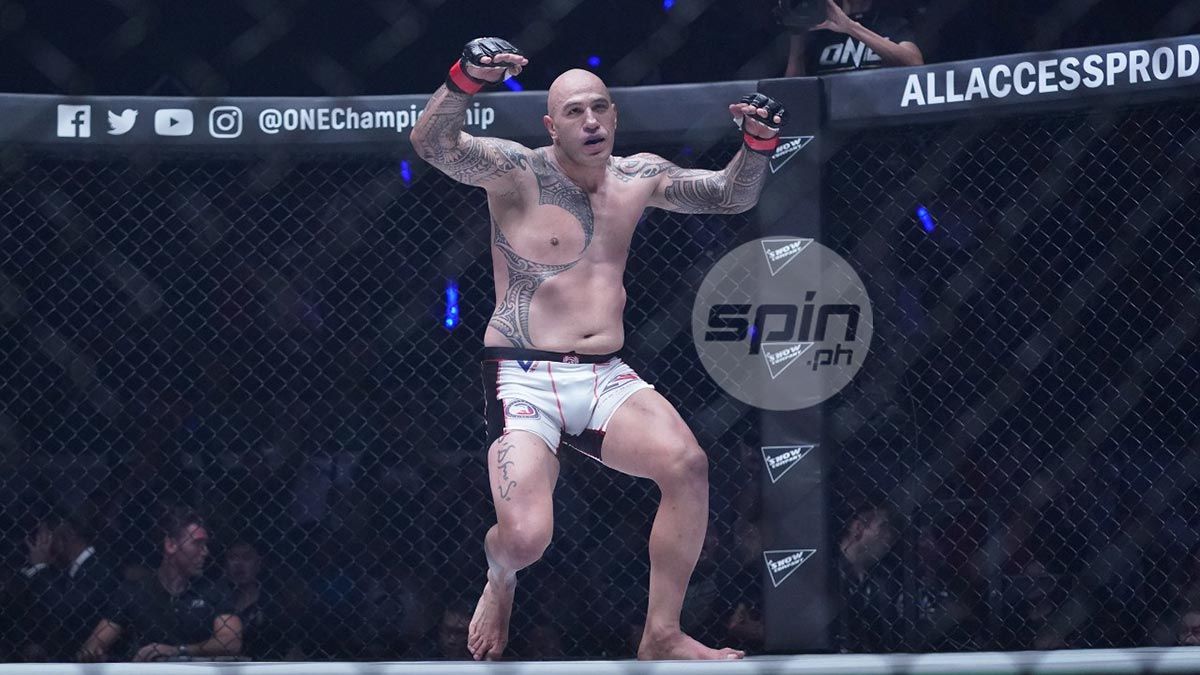 “When I went in there, I was very nervous – not about challenging, but doing it in the most respectful way that Aung La deserves – especially after he just won his ONE Middleweight World Championship bout against Ken Hasegawa,” he explained.

“It was super weird and super nerve-wracking – kind of awkward, but kind of awesome at the same time. I got to talk to Aung La after we got out of the cage and now I’m feeling more comfortable about challenging him like that.”

During that moment, Vera referred to Aung La as a “man among men,” describing him as a father, a good role model, and a true martial artist -- a person everyone can look up to and aspire to become.

“Aung La is younger than me, but as a whole, he is a man among men, and I do put him in a different category to other people. He’s very well-rounded in life. He’s an alpha male in the most respectful and polite manner. If the world was full of Aung Las, the world would be a better place,” said Vera.

The former UFC campaigner is looking forward to his match with Aung La in October if they’re both healthy. Vera, who is on a four-bout winning streak, shared that he is excited to next face Aung La, whom he believes can take him past the first round.

With a professional record of 25-10-1, Myanmar’s hero is currently enjoying a six-bout winning streak through five knockouts and a submission. Vera respects Aung La’s power, skill, and heart and has studied and analyzed his fighting style.

“This is really hard to break down because I can’t really pick apart Aung La’s game. We’re almost related. His coach came from my coach. We train the same, we know the same hardships, we’ve been through that grind,” Vera said.

“His new coach [Henri Hooft] was training with my former head kickboxing coach Rob Kaman – they’ve been sparring with each other since they were 17 – so our style is almost the same.”

A win means Vera will hold both the light heavyweight and heavyweight championship titles. Having fought some of the biggest names in martial arts, he is confident that he has the upper hand in the upcoming bout.

“I think the biggest difference between us is our experience,” he said.

“I have to find holes in Aung La’s game and exploit them while he’s doing the same thing to me. We come from the same school, the same train of thought, so this is why I’m super excited for this match,” he added.