BRANDON "The Truth" Vera's five-and-a-half-year reign atop ONE Championship's heavyweight division is over.

The Fil-Am champion met his match in Arjan Singh Bhullar, suffering a second-round technical knockout defeat to lose the ONE Heavyweight World Championship at ONE: Dangal Saturday at Singapore Indoor Stadium.

Bhullar showed no mercy in this bout, which was one year in the making, pummelling down the champion which forced the referee's hand to stop the contest with 31 seconds left in round two.

It was a dominating performance for Bhullar, proving that his striking is just as lethal as his wrestling as he stood toe-to-toe with Vera with his exceptional boxing.

He unloaded a barrage on the 43-year-old Vera and clocked him with an overhand right, opening up the window for Bhullar to further bludgeon the champion.

A solid body shot hurt Vera late in the round before Bhullar went for the ground and pound to score the finish, becoming the first Indian-Canadian titlist in the promotion. 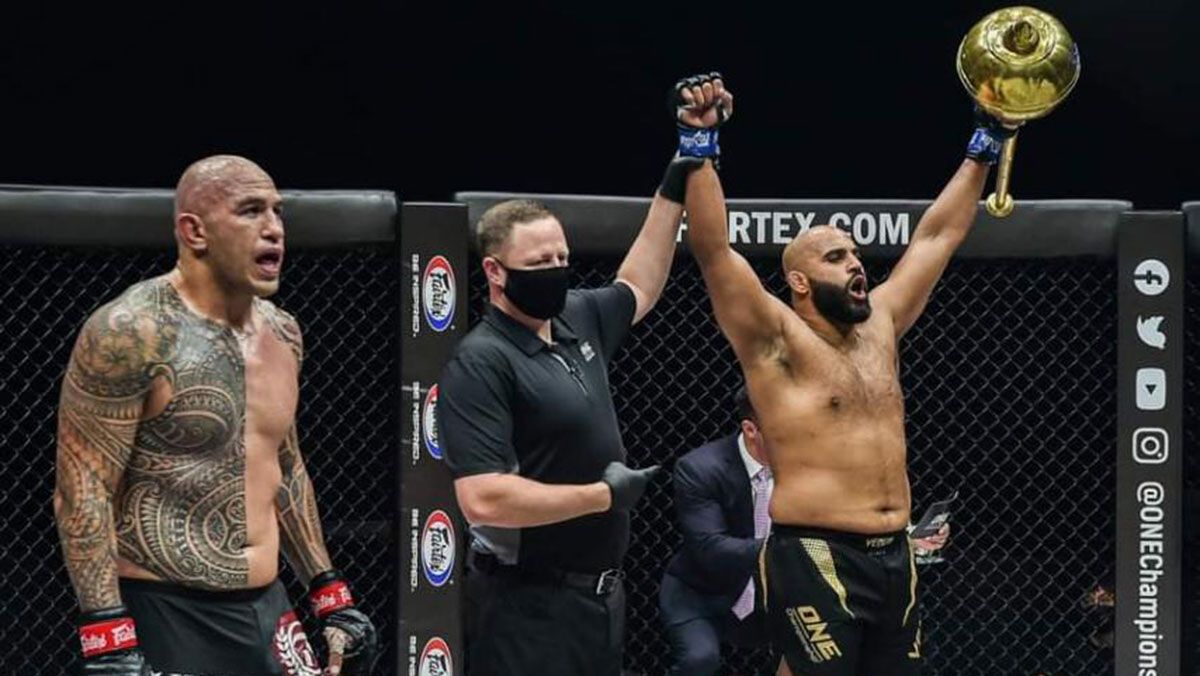 Bhullar, who just turned 35 on Thursday, improved to 11-1 as he becomes the new king of the heavyweights in ONE Championship.

It was a stellar follow up to his unanimous decision victory over Mauro Cerilli in his promotional debut back in October 2019.

Meanwhile, it was the second straight defeat for Vera, who also failed in his quest to dethrone Aung La N Sang as the ONE Light Heavyweight World Champion back in October 2019.

Vera desperately tried to protect his throne with a kimura attempt in the first round, but Bhullar did a stellar job in denying the submission.

This also ends his undefeated streak in the weight division, with Vera previously taking down the challenges of Paul Cheng, Hideki Sekine, and Cerilli.

With this loss, Vera fell to a 16-9 (1 NC) record, leaving ONE Strawweight World Champion Joshua "The Passion" Pacio as the last Filipino titlist standing in the promotion.
___