Israel Adesanya also retained his middleweight belt with a tepid unanimous-decision victory over Jared Cannonier in the main event at T-Mobile Arena on the Vegas Strip.

Volkanovski (25-1) extended his winning streak to 22 fights with a commanding display against Holloway (23-7), the former champion at 145 pounds. Volkanovski executed a sharp boxing game plan against one of the UFC's best punchers, bloodying Holloway's face early on and steadily increasing the punishment into the final minutes. 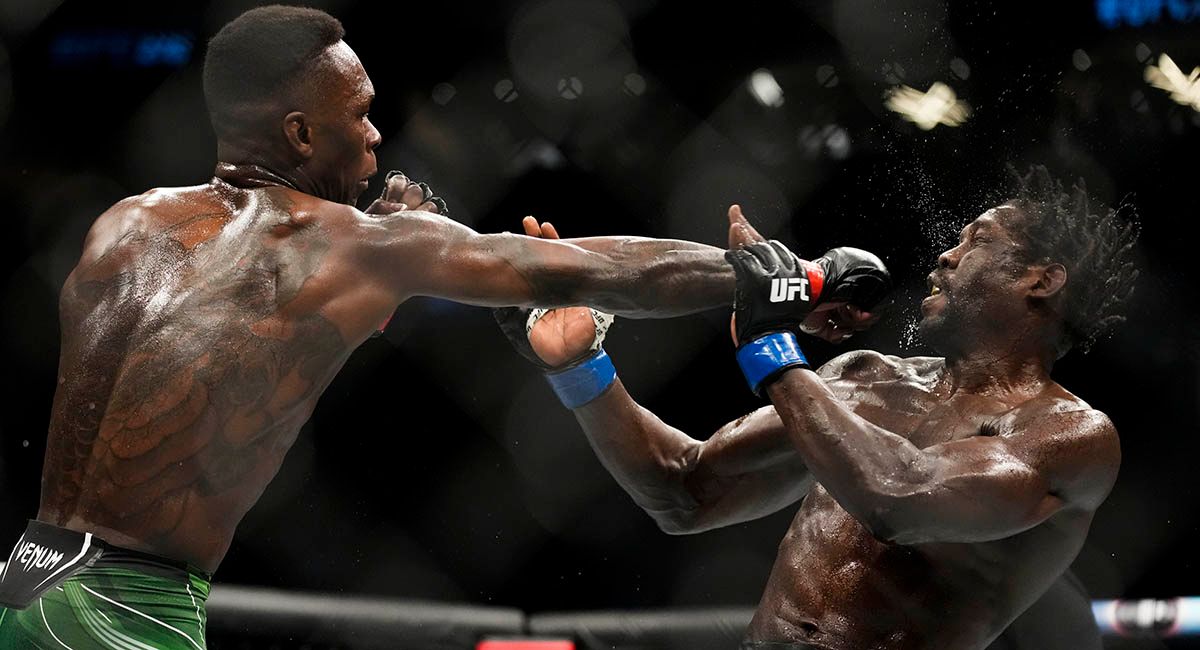 Holloway’s entire face was crimson at the final bell. Volkanovski won every round on all three judges’ scorecards, 50-45.

“Max Holloway is an absolute beast,” Volkanovski said. “That intensity that we both had, I needed it. I really needed it. I had to get in my own head.”

Adesanya (23-1) won his belt three years ago as one of the UFC's most entertaining fighters and personalities, but his elaborate ring walk might have been the most thrilling part of his dry, technical victory over the cautious Cannonier (15-6).

After copying famed professional wrestler The Undertaker on a walk that included the wrestler's signature hat and a large urn, Adesanya patiently picked at Cannonier with kicks and occasional punches for five rounds. Cannonier, getting his first UFC title shot at 38 years old, struggled to find a consistent striking range, and he didn't show enough desperation to figure it out.

“It was really hard to get going, because they had an excellent game plan,” Adesanya said.

The penultimate bout of UFC 276 concluded a memorable trilogy between Volkanovski and Holloway, likely the two greatest featherweights in UFC history outside of long-reigning champ Jose Aldo. Volkanovski won two highly competitive fights by decision over Holloway in 2019 and 2020, but Holloway won his next two fights to reassert his claim to another shot at the belt he held for three years.

Two proficient strikers understandably kept the fight on the feet, but the smaller Volkanovski capably closed the distance to do damage in the first two rounds, particularly in opening a nasty cut above Holloway's left eye. Holloway's answers dwindled as his cuts grew larger, and Volkanovski patiently racked up scoring shots to leave no doubt in the decision.

Afterward, Volkanovski said he intends to move up 10 pounds to fight for the lightweight title, which is currently vacant after champion Charles Oliveira missed weight for his victory over Justin Gaethje in May.

Before the title fights, Alex Pereira demolished Sean Strickland with strikes midway through the first round of a victory that burnished the Brazilian kickboxing champion's status as an immediate title contender at middleweight. Pereira showered and rushed back to the arena after his bout to watch the main event.

Bryan Barbarena also stopped Robbie Lawler on strikes late in the second round of a brutal fight in which both veterans absorbed tremendous punishment. After losing the first round on two judges' scorecards, Barbarena ended it with a prolonged flurry that began with a series of step-in elbows to break down the defense of the 40-year-old Lawler, who had his first UFC bout in 2002.

On the undercard, Jim Miller set a UFC record with his 24th career victory, finishing Donald Cerrone with a guillotine choke in the second round.

The 38-year-old Miller's landmark victory broke his tie with Cerrone and Andrei Arlovski for the UFC's career wins mark.

“You’re never going to see the (combined) numbers that came into this fight ever again, but I’m excited to get the W,” Miller said. “That guillotine, I can do it in my sleep. I knew it was only a matter of time.”

The 39-year-old Cerrone retired in the cage after the bout. Cerrone beat Miller in their first meeting in 2014, but Cerrone is now 4-10 since 2016 with a seven-fight winless streak.

Veteran flyweight Jessica Eye announced her retirement after losing a decision to Maycee Barber. Eye, who turns 36 this month, fought for the 125-pound title in 2019, but has now lost five of six.