Pereira fought back out from a slow start and rocked Adesanya in the fifth round to score the TKO win and claim the 185-pound championship in the main event of UFC 281 on Saturday night (Sunday, Manila time) at Madison Square Garden.

The 35-year-old Pereira defeated Adesanya twice - once by knockout - in their old kickboxing days and that got the challenger fast-tracked to a title match after just three UFC fights. 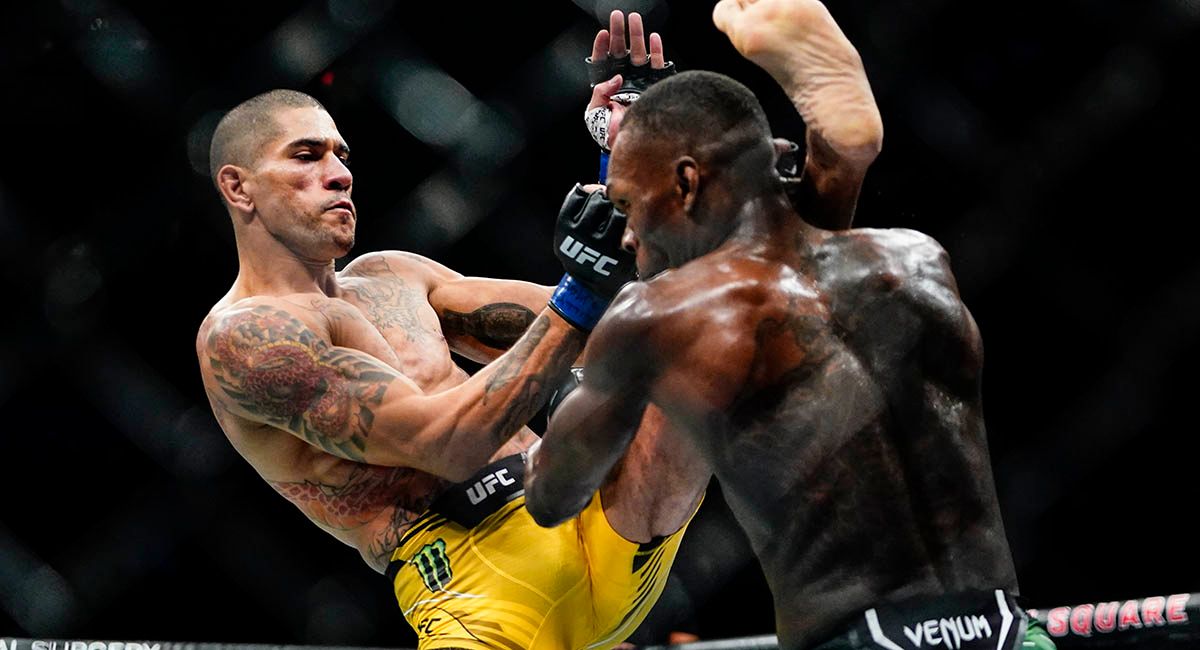 His rapid rise to the title had the Garden crowd going wild as Pereira tagged Adesanya with a vicious right that sent the champion into the cage. Adesanya, the Nigeria-born, New Zealand-raised fighter slumped against the cage and Pereira went for the finishing blows but the referee stopped the bout at 2:01 in the fifth.

Knocked at times for his methodical style, the 31-year-old Adesanya (23-2) got the MSG crowd on his side once he clobbered Pereira with a pounding right and then a fast left hand to the face that ended the first round and sent the challenger reeling. T

Trying to shake off the beating, Pereira stood and beckoned fans to get louder as he waited for the bell to signal the second.

He raised his arms again to the crowd, only in victory.

Zhang Weili won the 115-belt for a second time and UFC’s first Chinese champion made quick work against Carla Esparza with a rear naked choke submission at 1:05 of the second round.

Zhang (23-3) patted her championship belt after UFC President Dana White wrapped it around her waist inside the octagon. Zhang only successfully defended the championship once during her first championship reign. She beat Jéssica Andrade in 2019 and won a decision against Joanna Jedrzejczyk before she suffered consecutive losses to Rose Namajunas.

Back in the title picture, Zhang didn’t disappoint and capped the victory with a cartwheel.

Former UFC lightweight champion Frankie Edgar lost the final bout of his MMA career when he was dropped by Chris Gutierrez at 2:01 of the first round of their fight. The 41-year-old Edgar absorbed a flying knee to the head for a brutal KO loss in his last time in the cage in a career that started in 2005. Gutierrez and Edgar had a long embrace after the spectacular finish in the 135-pound fight that quieted another packed crowd at MSG.

Edgar entered the night with a UFC-record 7 hours, 55 minutes and 9 seconds of total fight time. His 1,799 significant strikes were second-best, and 73 takedowns were fourth on the career list. He held the lightweight championship for nearly two years from 2010 to 2012.

“Ladies and gentleman, this is the final fight of his illustrious Hall of Fame career,” octagon announcer Bruce Buffer bellowed to a roaring crowd.

The intros to a Garden stuffed with A-listers that included Sylvester Stallone, Halle Berry, Miles Teller and Mike Tyson were about as long as the fight.

“I’ve got my family here,” a crestfallen Edgar said. “That’s all that matters.”

Dustin Poirier made Michael Chandler tap in the third round of bloody slugfest that sent the crowd into a frenzy. Poirier slapped on the rear naked choke to stop a frenetic match that had both fighters seemingly on the brink of victory — the official scorecards had the fight even entering the third round — on multiple occasions. In the second round, Chandler had blood flowing from his nose like an open tap as he mounted Poirier. Poirier complained blood leaked into his eyes and he told the referee that Chandler stuck fingers in his mouth and pulled his head back.

“He was a little bit more durable than I thought he would be,” Poirier said. “I thought if I hurt him, I was going to put him away.”

A KO couldn’t stop this one. Poirier ran his record to 21-6 in UFC with the submission finish while Chandler dropped to 2-3 since the former Bellator lightweight champion left for UFC in 2020. Poirier became the sixth fighter in UFC history to win at least 21 fights,

The card fell on the 29th anniversary of the first Ultimate Fighting Championship event held in Denver and six years to the day of the first UFC card at Madison Square Garden. New York became the final state to legalize mixed martial arts cards and that opened the door to some of the richest cards in UFC history at both MSG and Barclays Center in Brooklyn.

UFC Hall of Famer Royce Gracie won three fights that night in Denver in a no-rules tournament that was just the start for a company that now stands as the global leader in MMA.

“3 fights in one night, No time limit, No weight division, No gloves, No rules,” Gracie posted on Instagram.

A fan favorite, Edgar has seen the evolution of UFC as much as any fighter since his 2007 debut in the company. UFC has one year left on a $1.5 billion, five-year deal with ESPN that seemed as inconceivable in 2007 as much as it did in 1993.

Now look, Zhang is wildly popular and a key figure in MMA's rising significance in China, Hollywood stars mug for the cameras at the biggest events and the company's attempt at ballooning into a billion-dollar endeavor was a smash hit.