WHILE stepping out yesterday, Spin.ph photographer Jerome Ascaño chanced upon “Deadpool” — a Grab Rider in costume out on a delivery run.

This isn’t the first time he’s been spotted in costume.

The man under the mask is Marvin J. Hermano, a 29-year-old rider for the delivery service.

“Matagal na rin po ako nagko-costume pero pag nasa rides lang po,” said Hermano to SPIN Life. Over private messages, he showed us some of his costumes that he’s also posted on his Facebook page — Black Panther, Venom, Spider-Man, and even the Nun.

Because of his work as a delivery rider — one of the essential frontliners that now keep our metro ticking in the middle of the pandemic — he is now the only one in his crew allowed to go out. So he came up with the idea of wearing their costumes every time he does a delivery. 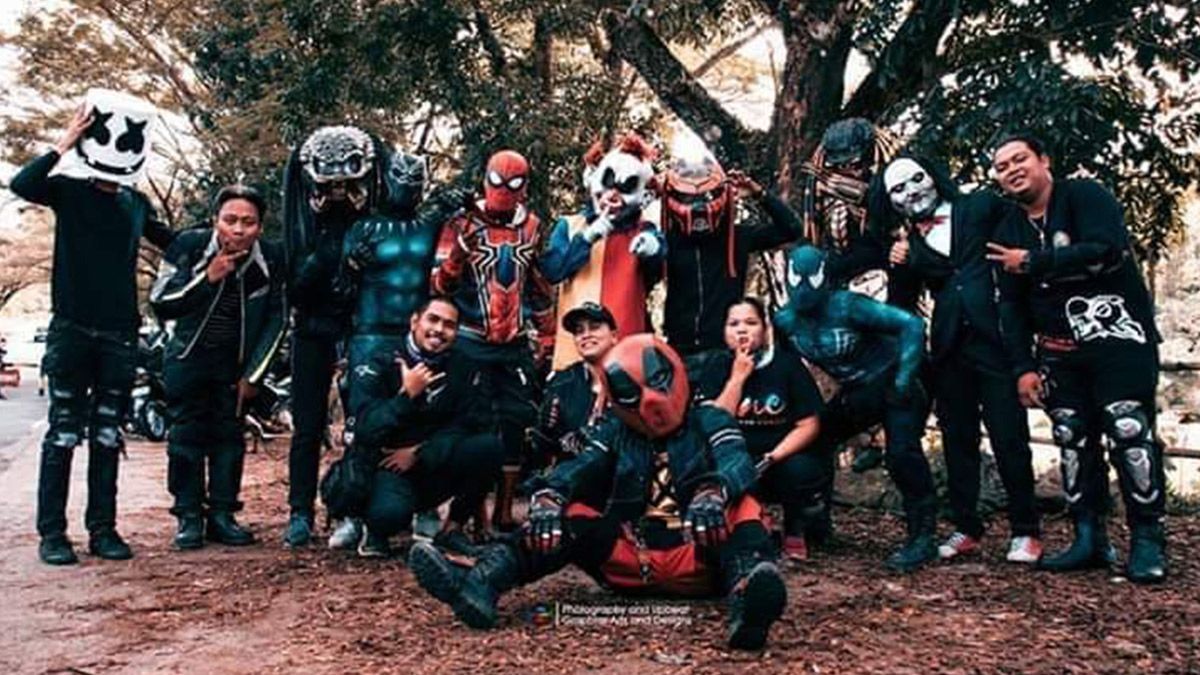 He rotates between costumes every working day. He usually starts accepting deliveries around 12 noon, finishing around nine to ten deliveries before clocking out at around 8 p.m.

“Minsan nawawalan ng booking or sa walang mga customer na nag-o-order kaya nakatambay [din] nang mga one or two hours,” he said. But even during the downtime, he doesn’t take off his costume.

While chatting with SPIN Life, Hermano also revealed a surprising thing about himself. He also used to be in the PBA. But not in the way you think.

“Naging dancer din kasi ako, sir,” he said. Hermano was part of a professional dance group called JCRISIS, based in Sampaloc, Manila, that won the grand championship in It's Showtime last year. 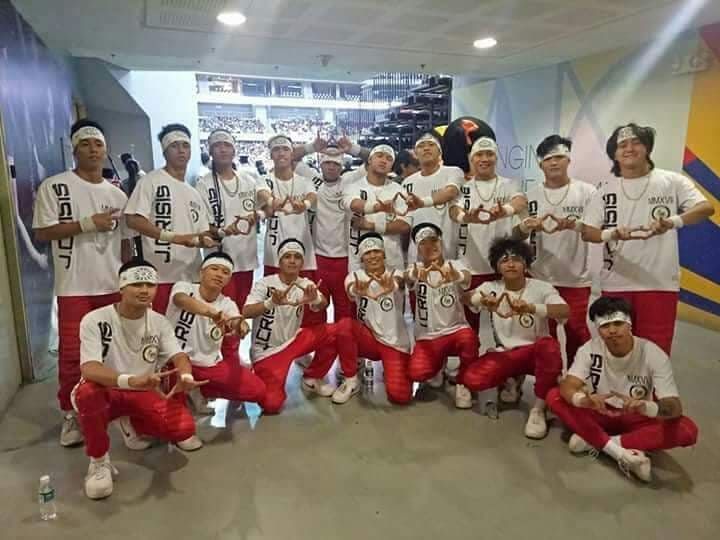 While he’s not a basketball fan himself, his work in JCRISIS gave him a newfound appreciation for Ginebra San Miguel, especially in the middle of their heated series against Rain or Shine in the semifinals of the PBA Commissioner’s Cup.

And while he quit the dance group to start working as a delivery rider, being an entertainer is obviously still part of his blood. He sees wearing a costume as a way of cheering up people, even in the middle of a very difficult crisis. 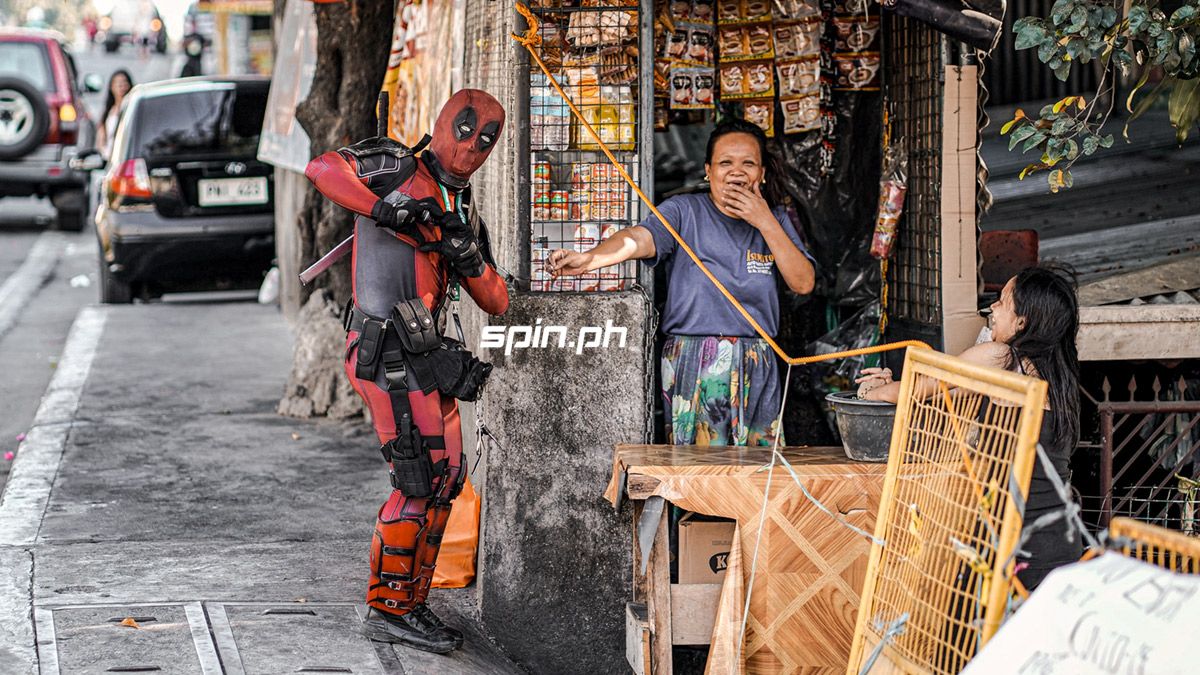 It hasn’t been easy for Hermano himself. Ever since the enhanced community quarantine started, business has been slow. “Maraming merchants na mga sarado or maraming resto na closed,” he said. “Doble kayod talaga ngayon.” 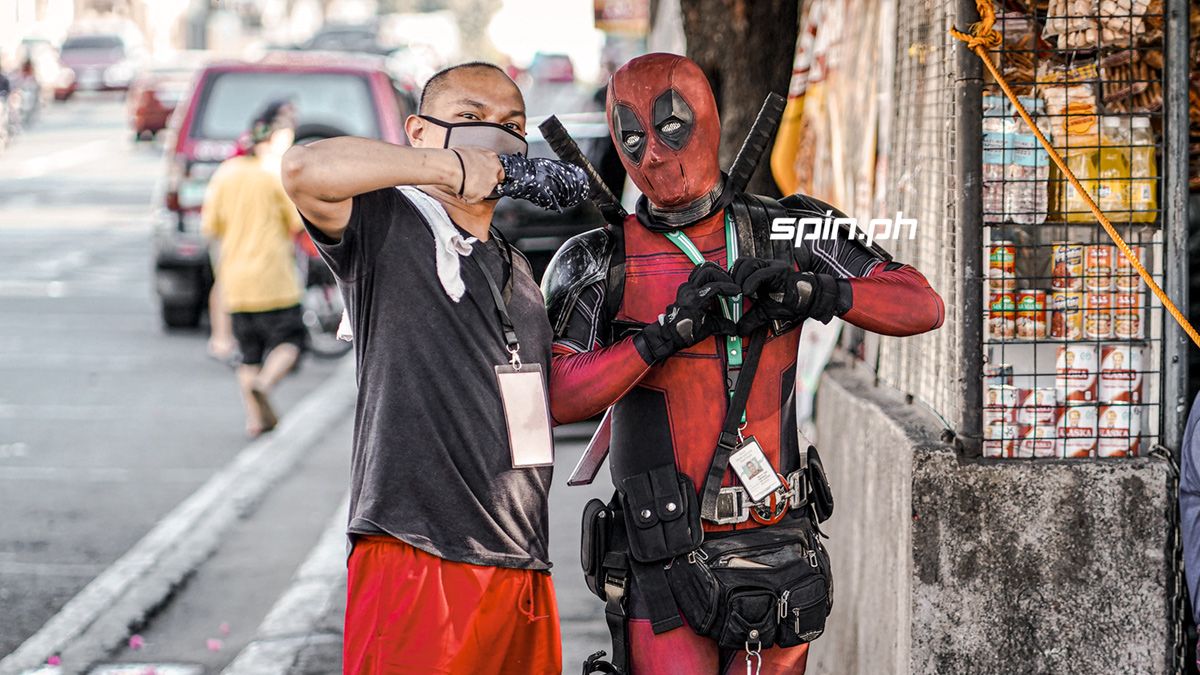 But when he’s on the job, he’s still determined to bring joy, however he can, as a frontliner — whether he’s Deadpool, Venom, Black Panther, or even the Nun.